Virginia Republicans are reacting with class, dignity and restraint to yesterday’s stunning news about Virginia Senate President Pro Tempore Louise Lucas. Hahahaha, almost had you there for a second? Of course they’re not!  Check it out.

The VA GOP’s U.S. Senate nominee, Daniel Gade, claims that the news about Sen. Lucas somehow demonstrates why “@TheDemocrats want to defund the police.” Of course, the vast majority of Democrats do NOT want to “defund the police,” so that’s just total bull****. And the fact that many Democrats find the timing – and substance – of the charges against Sen. Lucas to be rather strange doesn’t prove anything about Democrats’ attitudes towards the police or towards criminal justice more broadly. But keep reaching, Mr. Gade; based on your campaign of hyperbole and hysteria so far, that seems to be what you do best. 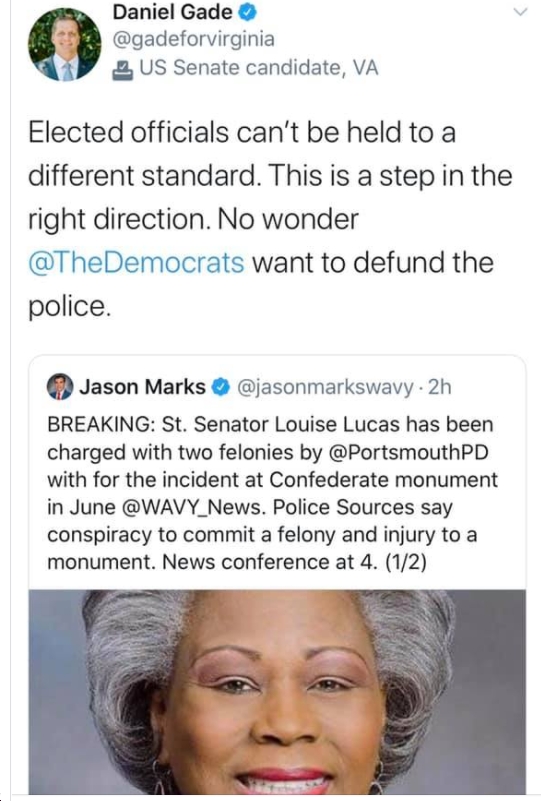 Far-right Sen. Amanda Chase (R) is subtle and understated as usual. Haha, of course she isn’t either of those things; instead, she started a petition to call on Sen. Lucas to resign or be recalled from office. Charming. 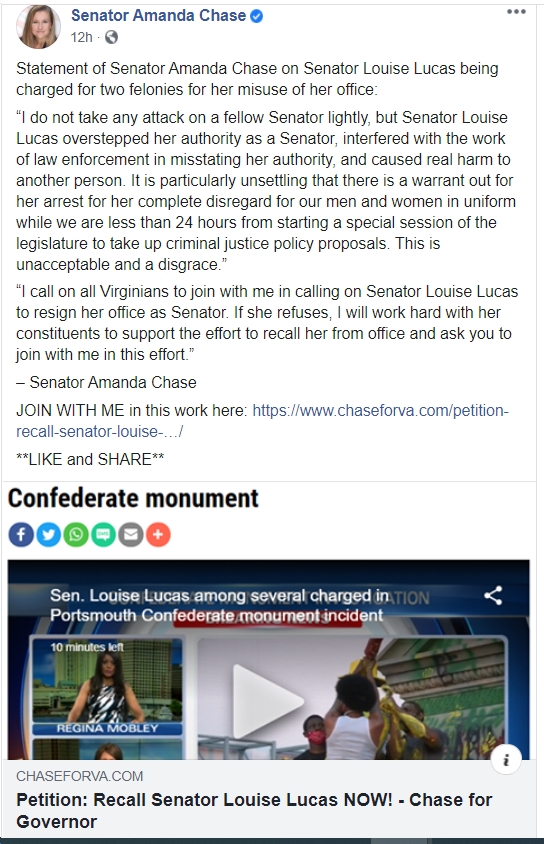 The Virginia GOP, under new “leadership” after years of getting their butts kicked, cries “hypocrisy,” while Republican State Sen. Bryce Reeves attacks Democrats for quoting the great John Lewis on “good trouble.” 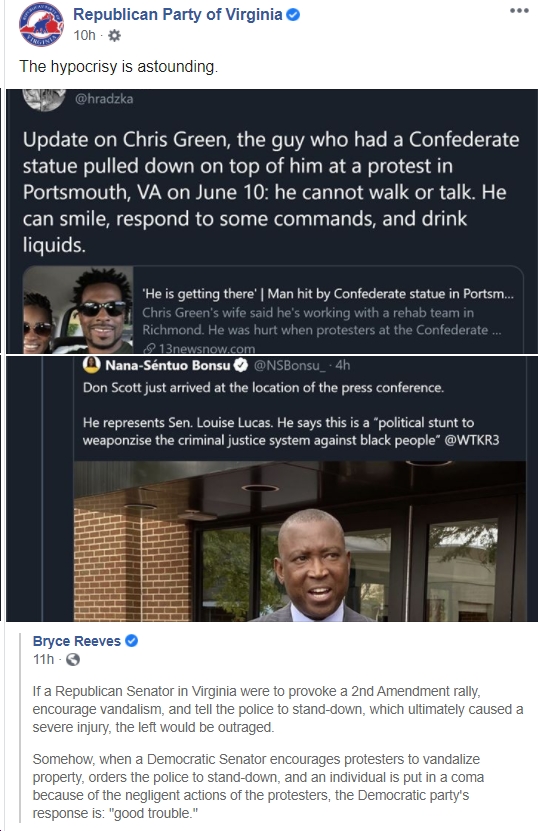 And, last but…well, LEAST, here’s what the new VA GOP chair, Rich Anderson, has to say: a demand that Sen. Lucas “turn herself in, immediately.” Kinda brings back fond memories of Republicans’ unhinged “lock her up” chants? 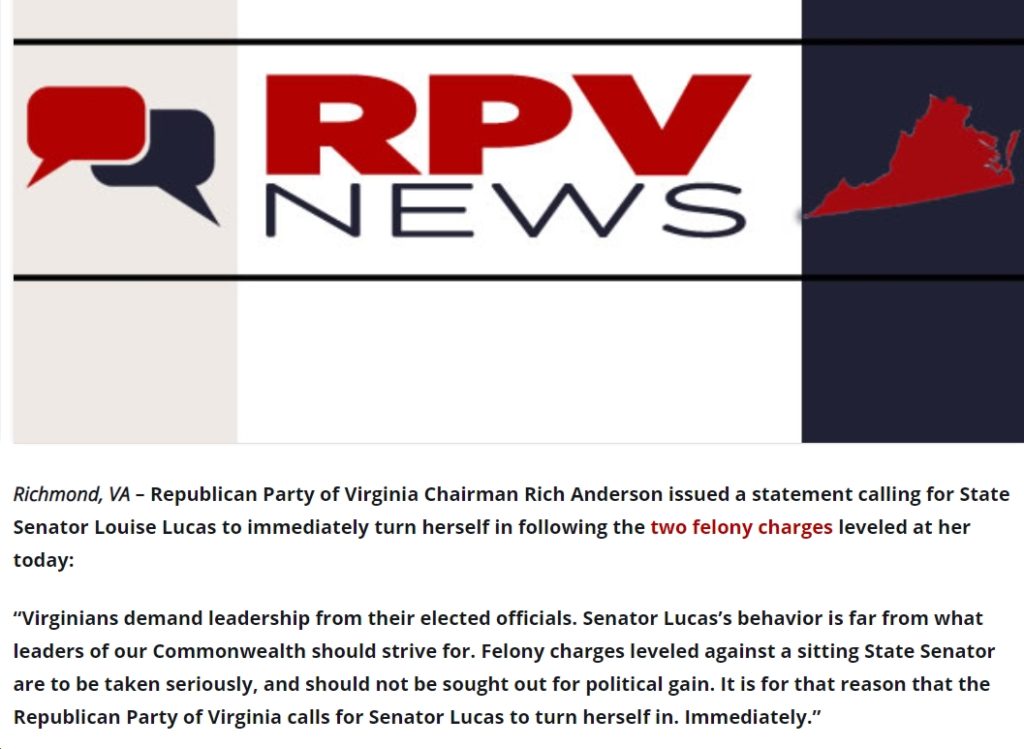 ADVISORY: Insurrectionist Express To Travel the Commonwealth in Final Days of Election