CBS6 Richmond reports, “Several windows were smashed at the headquarters of the Republican Party of Virginia in downtown Richmond Thursday night… the second time the windows have been smashed this summer.”

As you can see below, Richmond Mayor Levar Stoney (D) quickly condemned this, writing that while he “may not agree with this party’s stances, violence and vandalism have no place in this city,” and that “destruction is not how we win arguments.” My guess is that >99% of Virginia Democrats agree with that statement, and rightly so. Also, note that the news story doesn’t mention any motive or suspects in this case, so we really have no idea *why* it happened.  In other words, there’s very limited information, but we all know it’s wrong to smash a political party’s office windows, or to resort to violence of any kind.

All of which makes it even more striking that the Virginia GOP *immediately* went into DEFCON 1 mode, as you can see in the screenshots below. Among other things – and without any apparent evidence – the Virginia GOP claimed that: 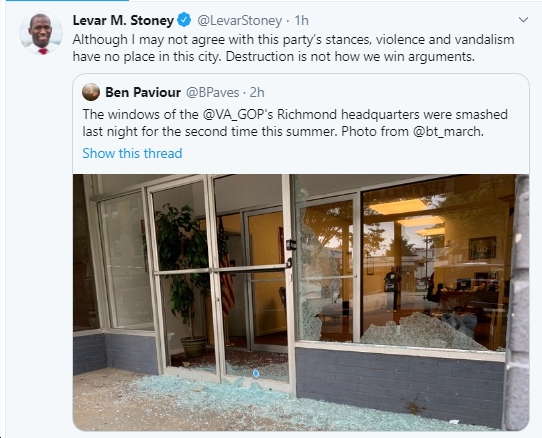 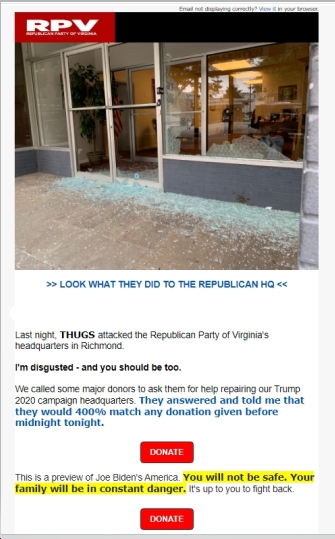 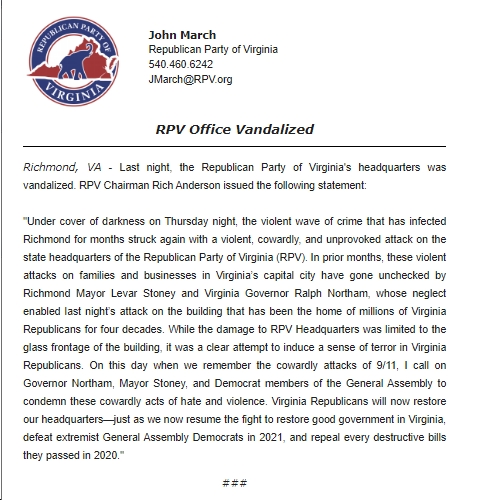 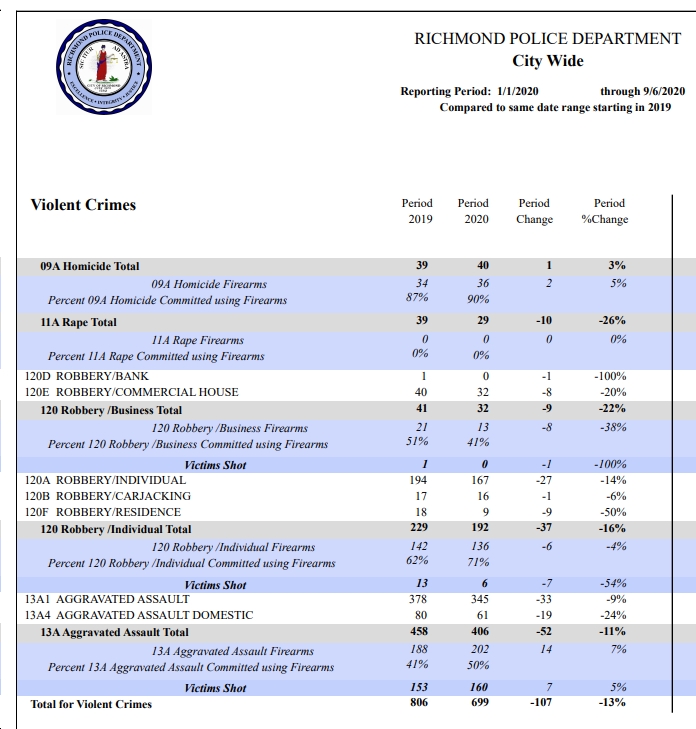 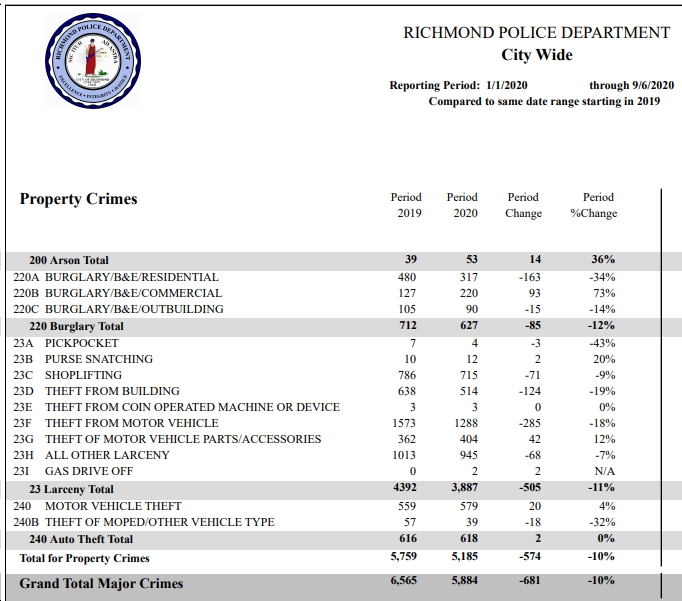