See below for a press release from the Lake Frederick Democrats and Independents, whose “mission is to mobilize and amplify the voice of Democratic and Independent voters living in Lake Frederick, Virginia,” about an upcoming GOTV rally on September 12. Although Frederick County is deep-“red” (went 20,640-12,885 for Corey Stewart over Tim Kaine in 2018) at the present time, this is the kind of initiative that will help turn more areas of Virginia – not just in the “urban/suburban crescent” running from Hampton Roads to Richmond to Northern Virginia – blue this November and beyond. Keep up the great work!

“LFDI was founded by four women earlier this year and in six months time we have grown to 500+ members, organized a fundraising campaign and texting platform, developed a strong social media presence, organized active phone banking and postcard writing campaigns, and recruited over 30+street captains. We expect to grow significantly over the next few years as the planned community for Lake Frederick experiences exponential growth. LFDI is working diligently to turn a traditionally red county (Frederick VA), blue.” 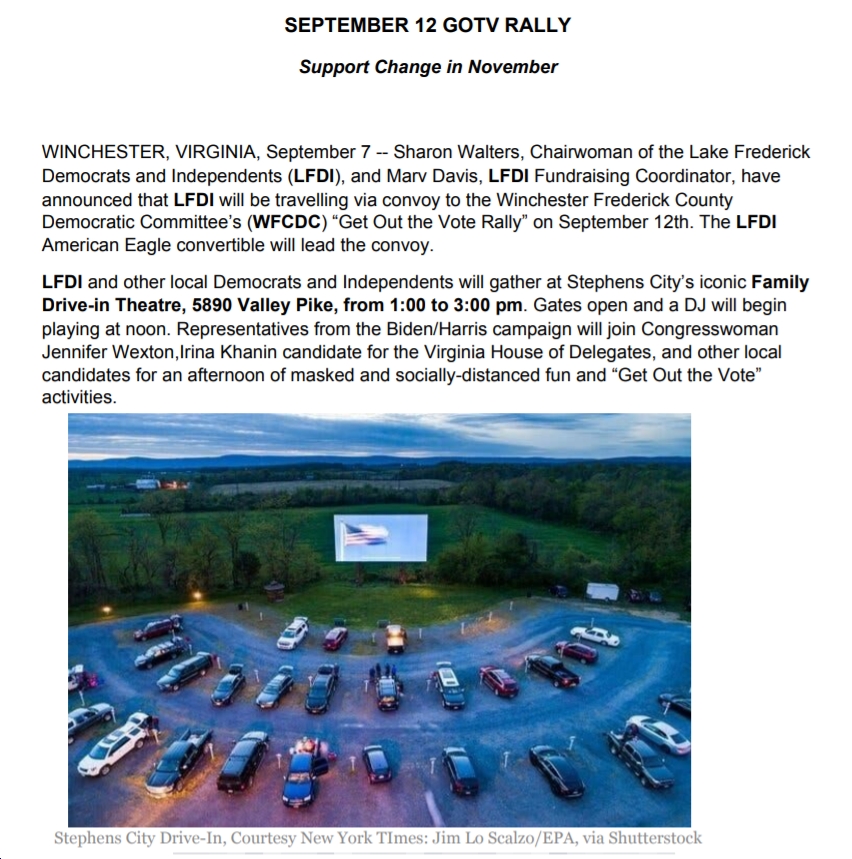 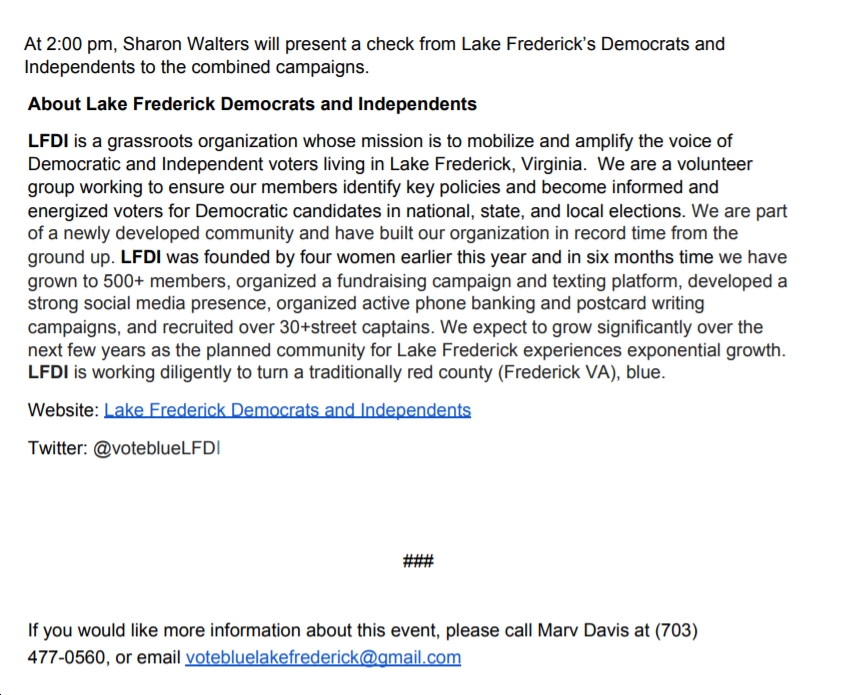