Today’s NY Times has an article looking at whether or not the mail as gotten slower. The takeaways?

How about Virginia specifically? The article doesn’t provide the data by state, except in the following map. Just looking at that, you can see that for Virginia: 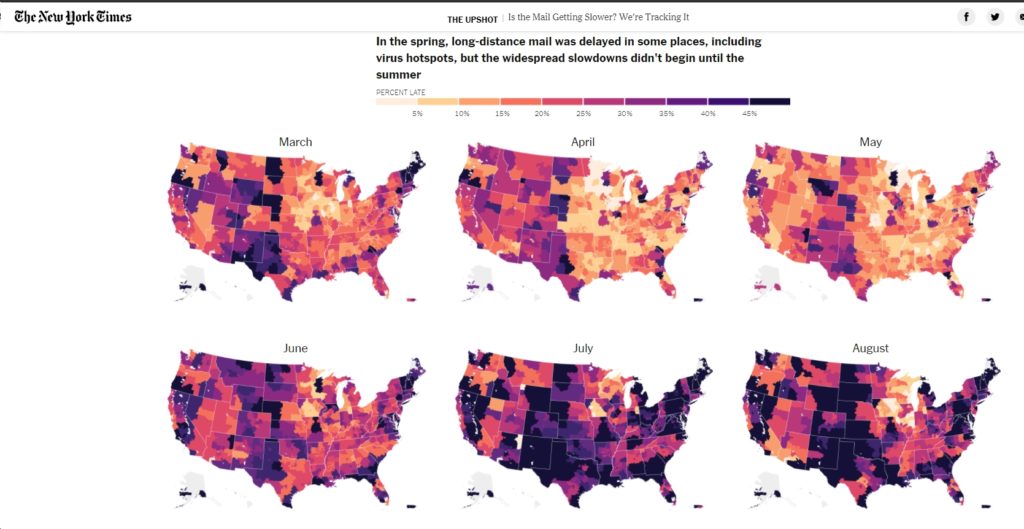