Congrats to Dr. Cameron Webb, who hopefully will be the next Congressman from Virginia’s 5th Congressional district starting in January 2021. As The Root writes, in selecting him as #21 on its list of the 100 “most influential African Americans in 2020,” Dr. Webb’s:

“facing a fight from his Republican opponent, who has pushed racist ads framing Webb’s support of police reform and “Medicare for All” as scary policies. But as one of the only 5 percent of physicians in America who are Black—alongside his wife, an emergency room doctor—Webb is clearly no stranger to defying limitations and any attempts at marginalization.”

Great stuff, now let’s do what we can to help elect him! 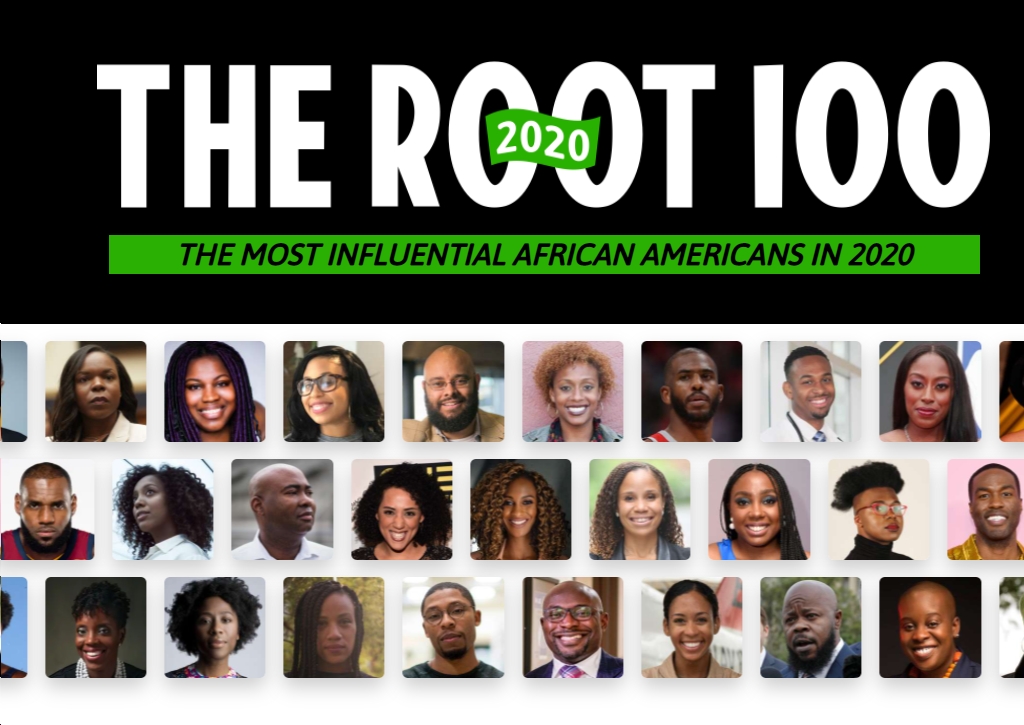 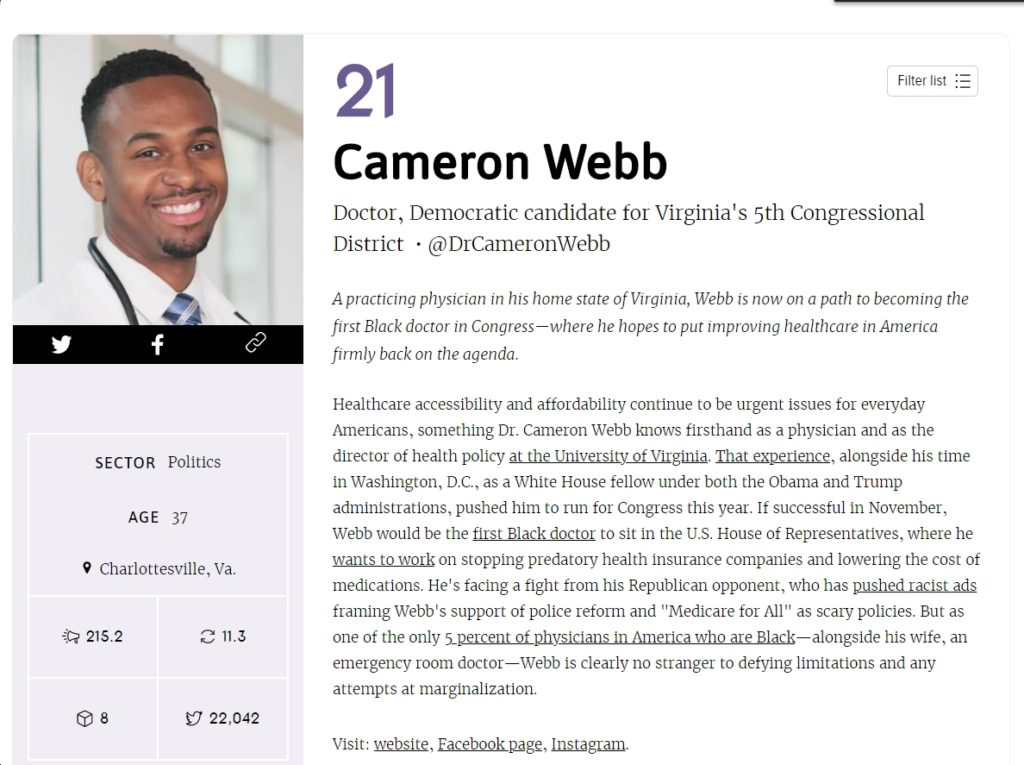