Portsmouth Police Chief Angela Greene was removed from her position Friday morning, weeks after she announced felony charges against state Sen. Louise Lucas and more than a dozen others stemming from a protest and vandalism at the city’s Confederate monument in June.

It was not immediately clear whether her removal is permanent.

Scott Burke, an assistant chief, will take on her job “during a period of leave” for Greene, City Manager Lydia Pettis Patton wrote in an email obtained by The Virginian-Pilot.

The email, sent Friday morning, says the move is “effective immediately and until further notice.” 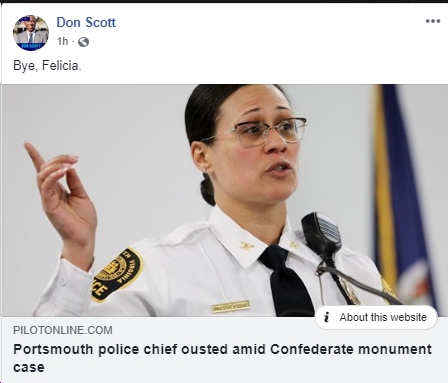 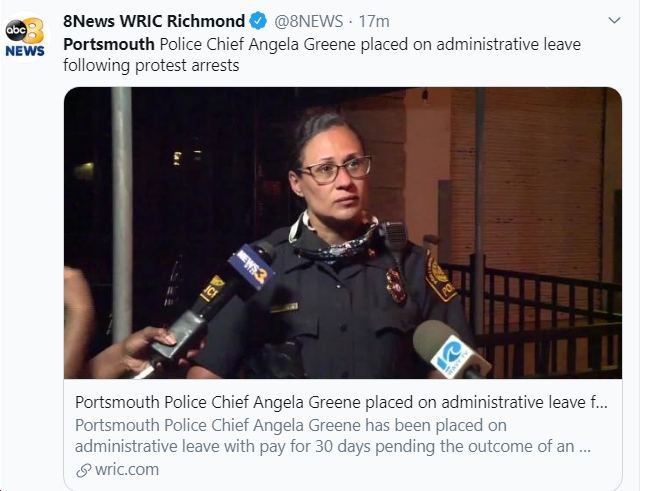 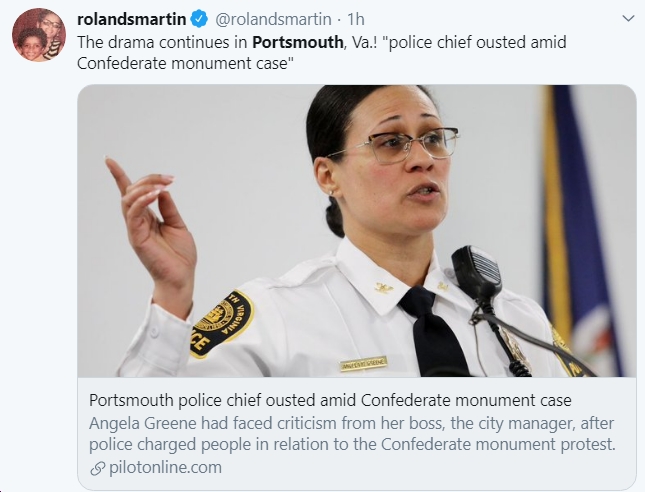