Just when you thought the story surrounding State Senator Louise Lucas – the pulling down of a Confederate statue in Portsmouth, the filing of charges against Lucas and others (on the eve of the Virginia General Assembly special session, no less), etc, etc. – couldn’t get any stranger and more disturbing, check this out by HuffPo reporter Ryan J. Reilly. I mean, seriously, is there any part of this story that is NOT totally bizarre and f’ed up?

A mounting political and racial controversy stemming from the destruction of a Confederate monument in Portsmouth, Virginia, intensified this week after a white city resident brought criminal charges against the city’s Black vice mayor.

The resident, Tommy Dubois, alleged that Vice Mayor Lisa Lucas-Burke’s public call for the firing of the city’s police chief constituted a misdemeanor crime under an obscure city statute. Dubois appears to have gotten the idea to press the charges from a Facebook group.

Sheriff’s deputies delivered a summons to Lucas-Burke on Monday morning after Dubois filed the criminal case against her with a magistrate judge. In Virginia’s magistrate system, citizens can bring criminal charges against other individuals by making their case to a judge.

Since a magistrate judge signed off on the complaint, Lucas-Burke will have to appear in court to respond to the allegation that her political speech against Portsmouth’s police chief violated the “noninterference in appointments or removals” provision of the city charter. That document gives Portsmouth’s powerful city manager oversight over the hiring and firing of city employees.

Is there any way for Attorney General Mark Herring to step in here? This entire situation seems out of control. (Note: I’m hearing that AG Herring’s can’t step in, which is unfortunate…) 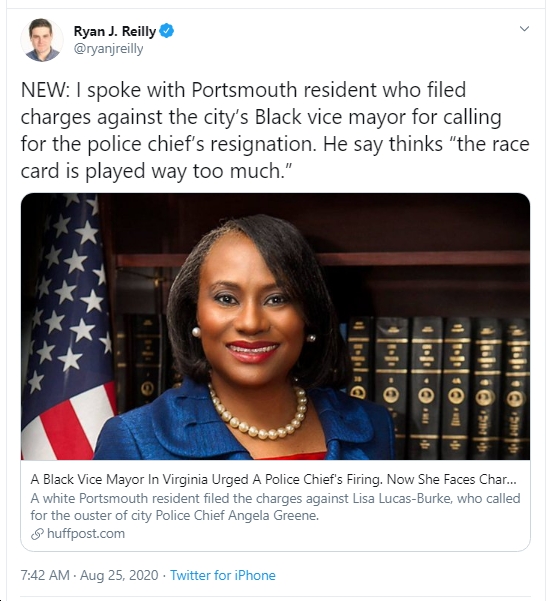 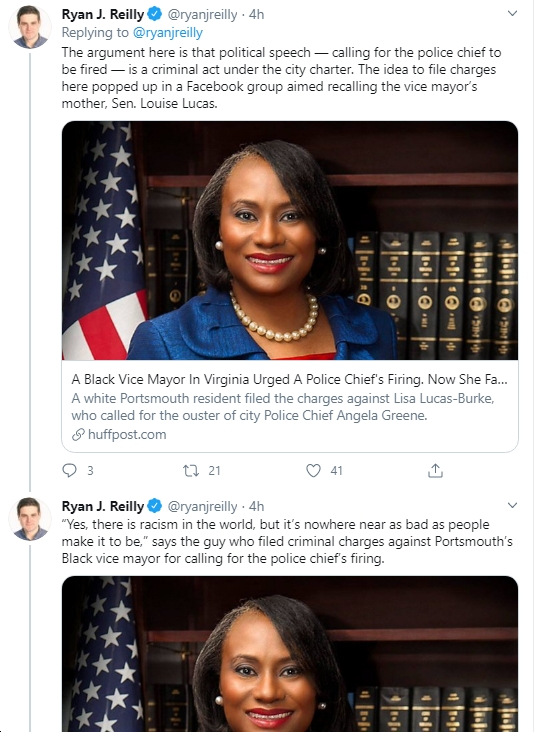 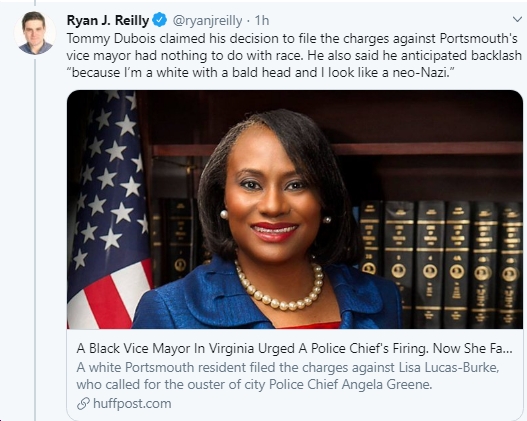 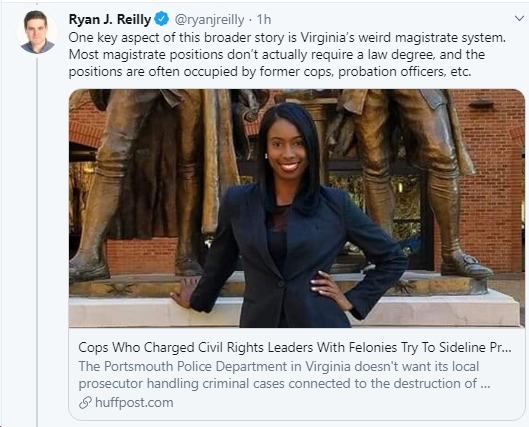 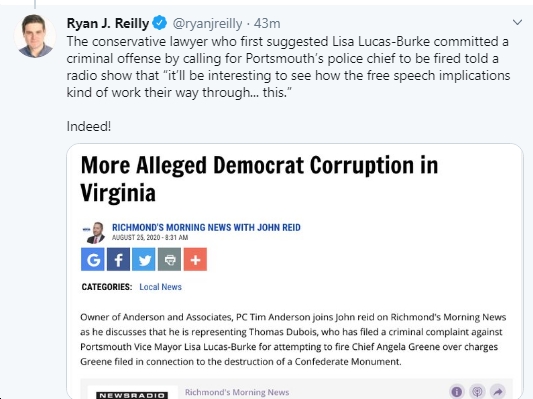 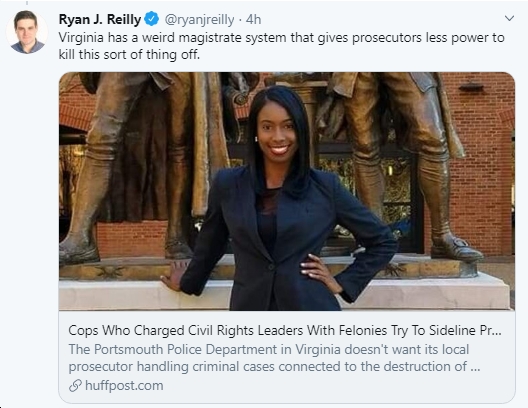 Here’s the group that accompanied Tommy Dubois when he went to the magistrate to file charges against Vice Mayor Lisa Lucas-Burke. https://t.co/VyoBAJ6fd4