According to the following graphics, courtesy of VPAP, it looks like Democrats in VA02 (Rep. Elaine Luria), VA05 (Dr. Cameron Webb) and VA07 (Rep. Abigail Spanberger) blew away their Republican opponents in fundraising and cash-on-hand in the period 10/1-10/14. For instance, Rep. Luria has >2:1 the cash-on-hand of Scott “Petitiongate” Taylor (R) and outraised him 3:2; Dr. Cameron Webb has $540k cash-on-hand and raised $568k during 10/1-10/14, which is far more than his far-right opponent Bob Good’s $209k cash-on-hand and $191k raised; Rep. Spanberger has nearly 3x the cash-on-hand of her bloviating Republican opponent, Nick Freitas, and outraised him by about $200k in the period. So…looking good, now just make sure you VOTE! 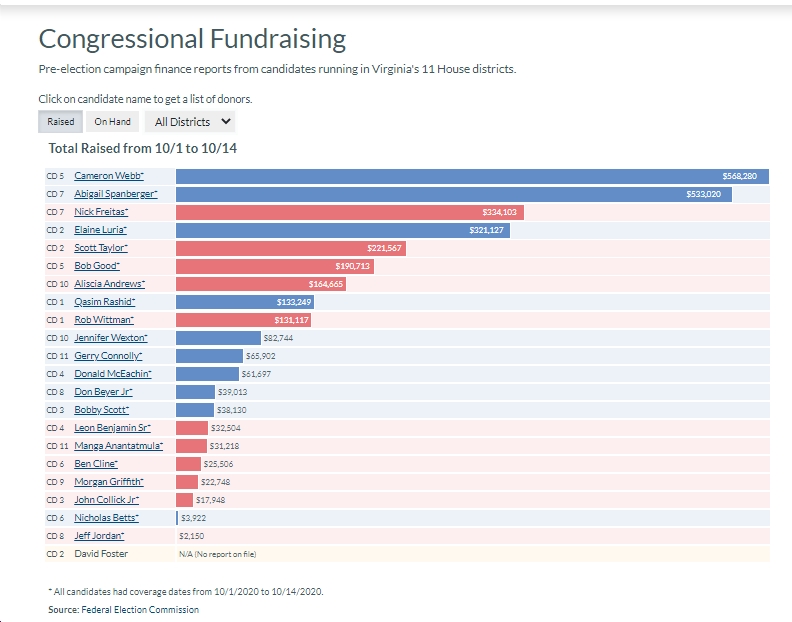 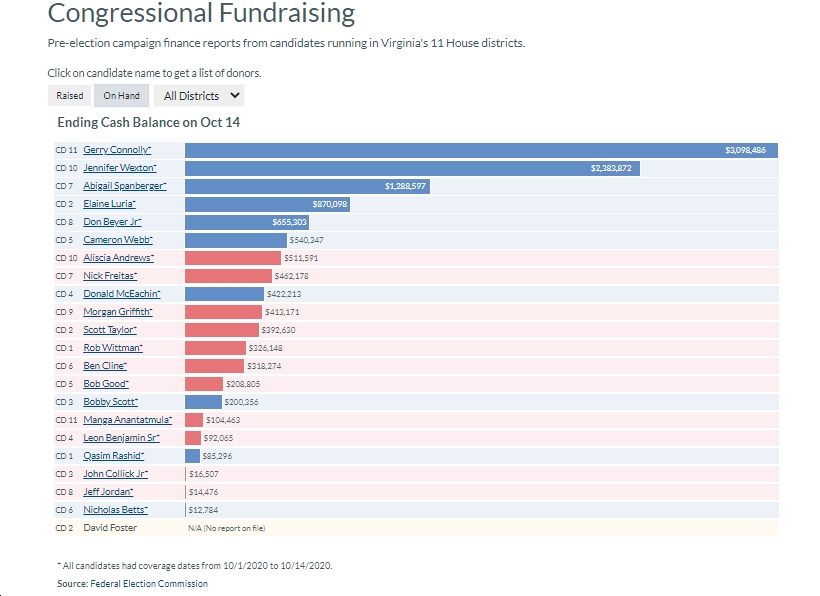