See below for some maps from VPAP, depicting “Potential Early Votes by Precinct” — “calculated as follows: (absentee ballots returned, both those cast by mail and in-person) + (the number of outstanding mail ballot applications) divided (total number of registered voters)” — and some highlights. 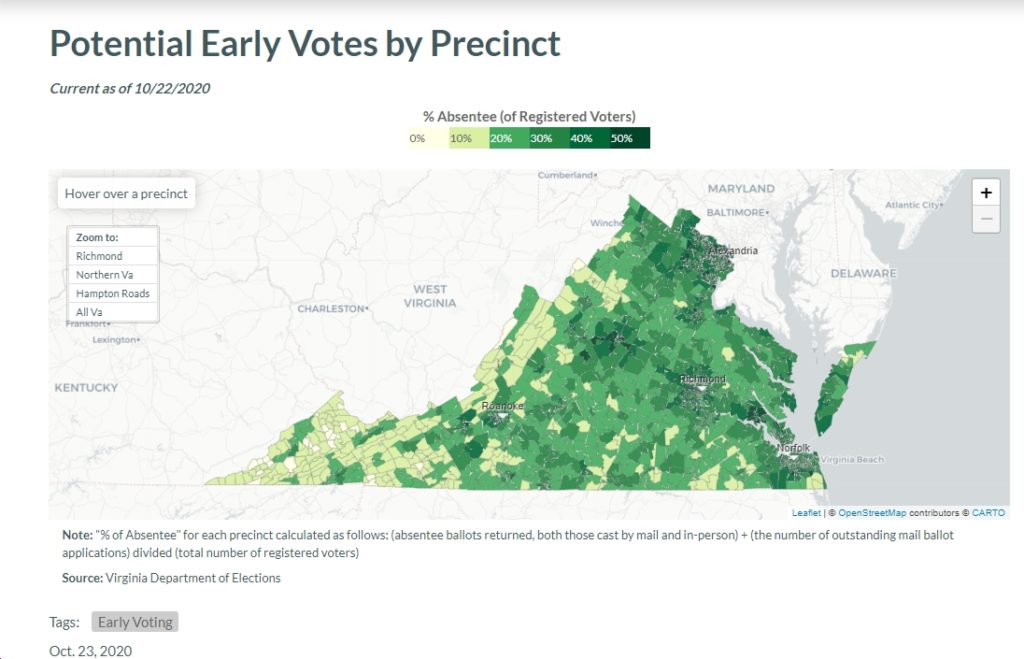 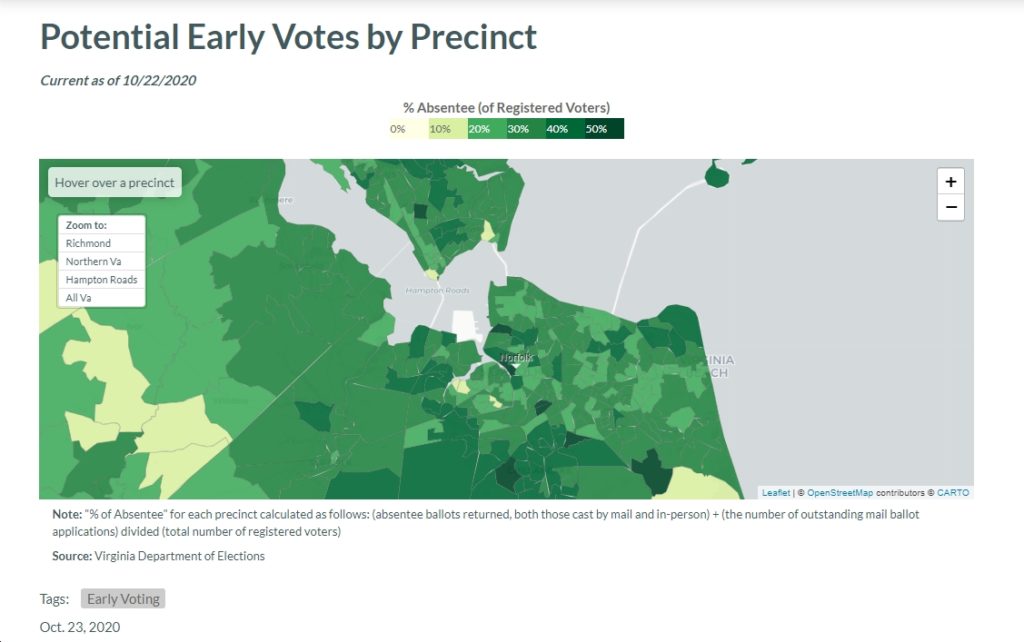 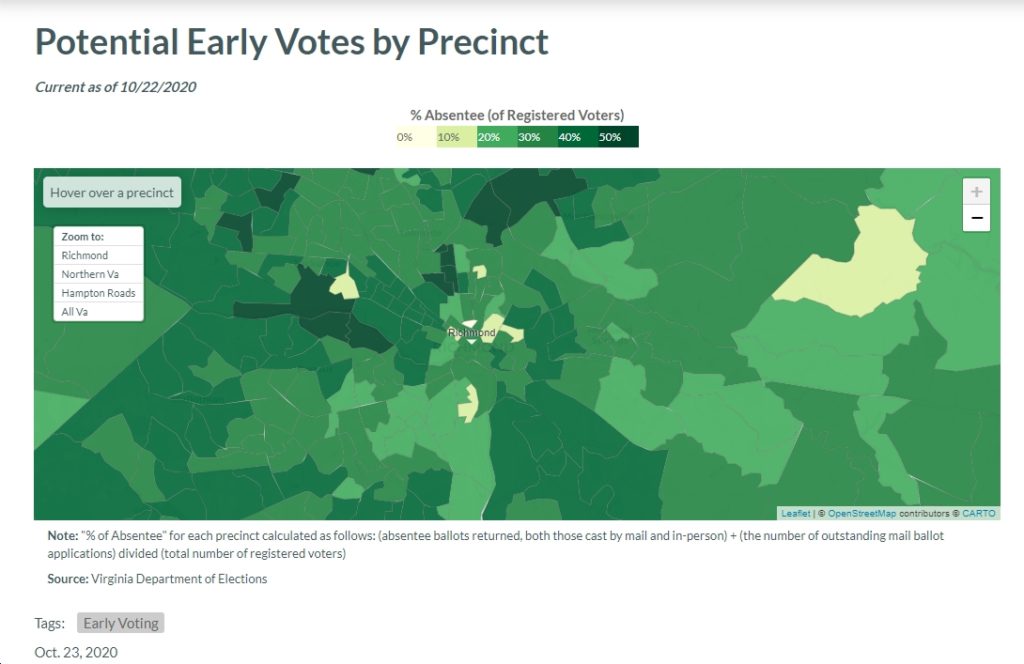 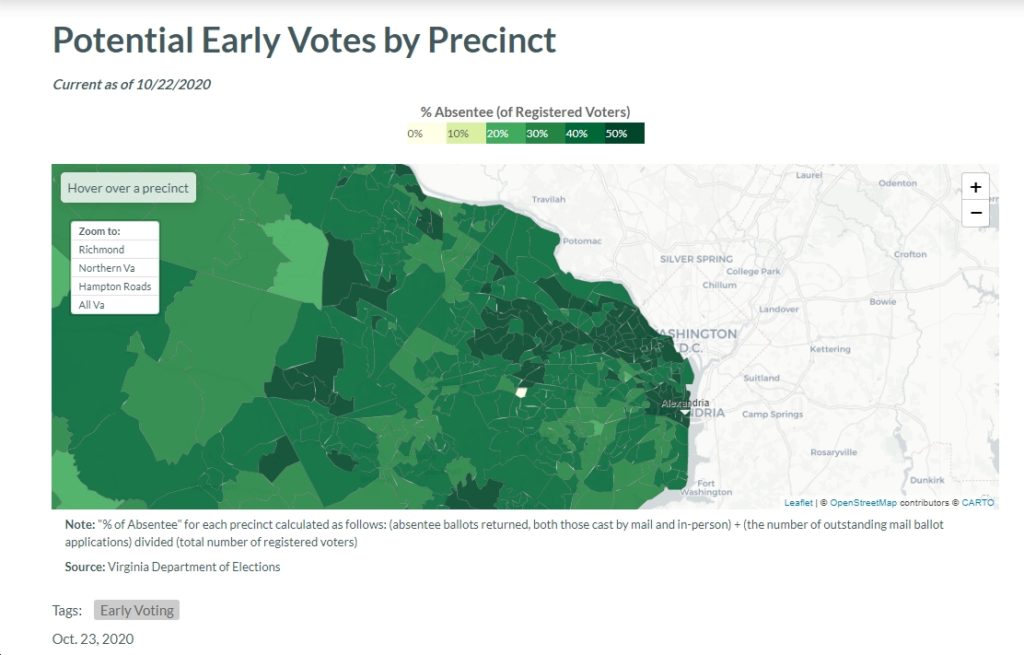 Video: Glenn Youngkin Falsely Claims That “There’s Real Confusion” About Whether a “17 Year Old Can Vote or Not”