Final Wason Center poll of the 2020 cycle is out, and it’s…great news for Biden/Harris and for Sen. Mark Warner! 🙂  See below for the highlights, including:

By the way, Virginia in 2016 was about 3 points “bluer” than the country as a whole. If that relationship holds this time, it implies that Biden/Harris will win the country next Tuesday by about 9 points. We’ll see in a few days… 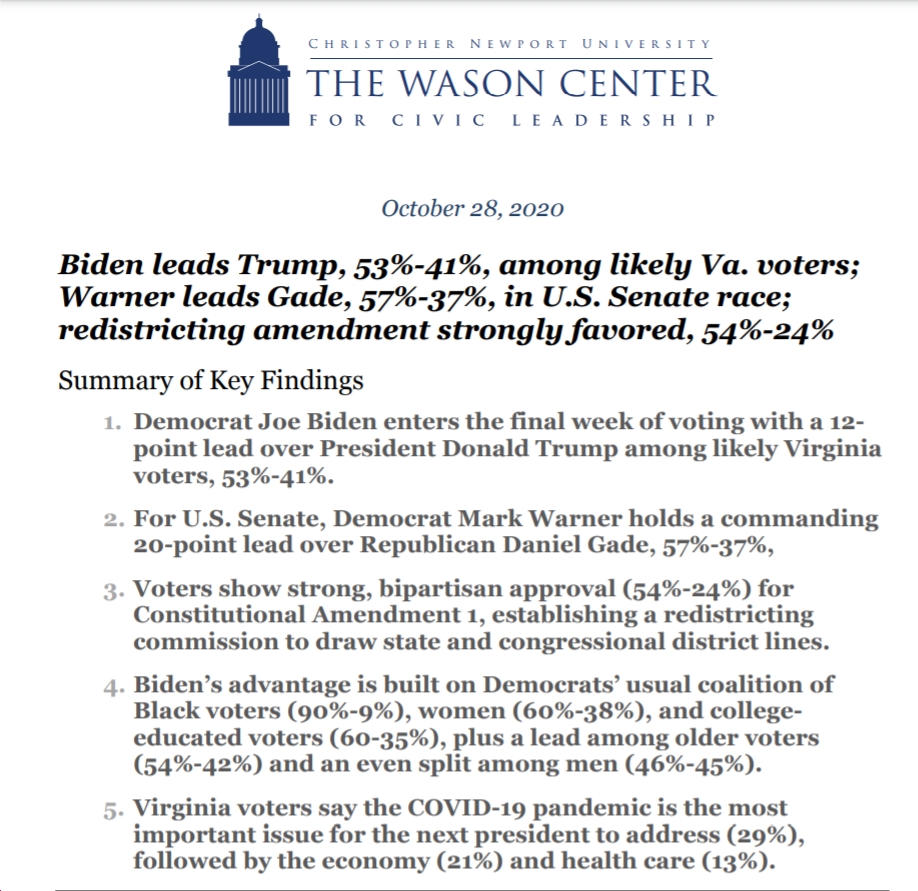 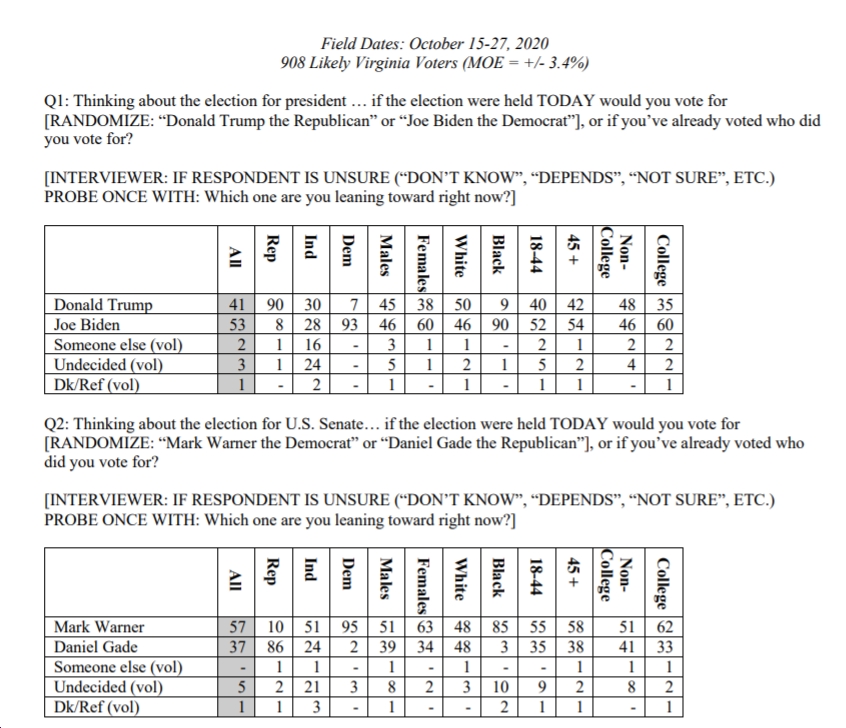