There’s an interesting new map available this morning at VPAP, showing “Percent absentee calculated as the number of absentee ballots returned (mail and in-person) plus the number of outstanding absentee applications for November 2020 general election divided by the number of registered voters.” See below for some highlights by region…

Here’s the entire state, which clearly shows that the highest % absentee ballots tend to be in the “bluest” areas of the state, particularly the “urban-suburban crescent” from Hampton Roads to the Richmond area to Northern Virginia – and also the Charlottesville/Albemarle area and Roanoke City/Blacksburg. And the lowest absentee %s are generally tend to be in the “reddest” areas of the state – southwestern Virginia, western Virginia, parts of Southside, etc. But check out the more detailed maps, below, and you’ll see it’s not always so cut-and-dried within regions. 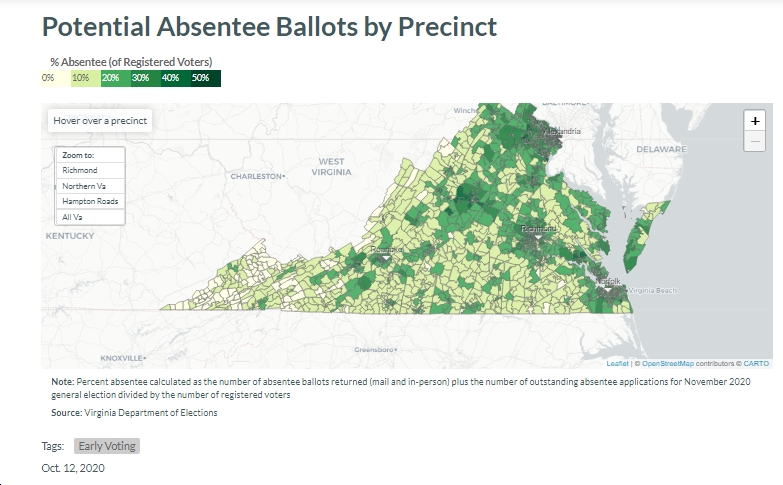 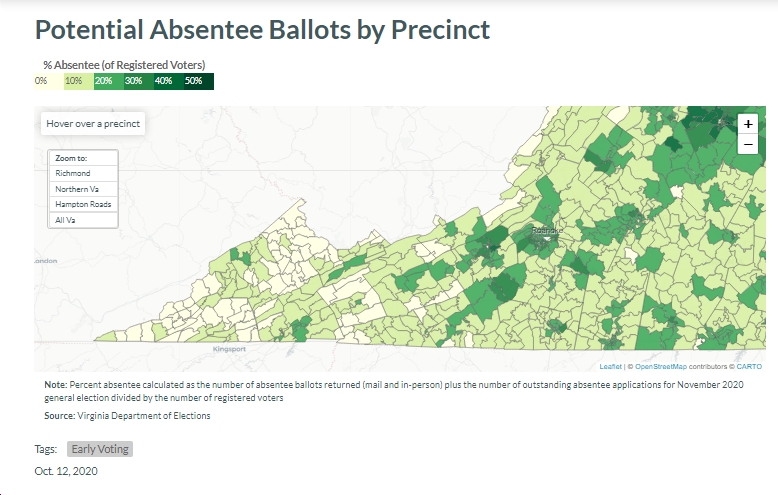 From this focus on Hampton Roads, you can see the wide variation within the region, with 40.3% absentees the Virginia Beach “Courthouse” precinct (which went 64% for Trump in 2016), but just 15.7% in the Virginia Beach “Seatack” precinct (which went 52% for Clinton in 2016), so apparently it’s not as simple as “red” precincts having low absentee percentages and “blue” precincts having high ones. 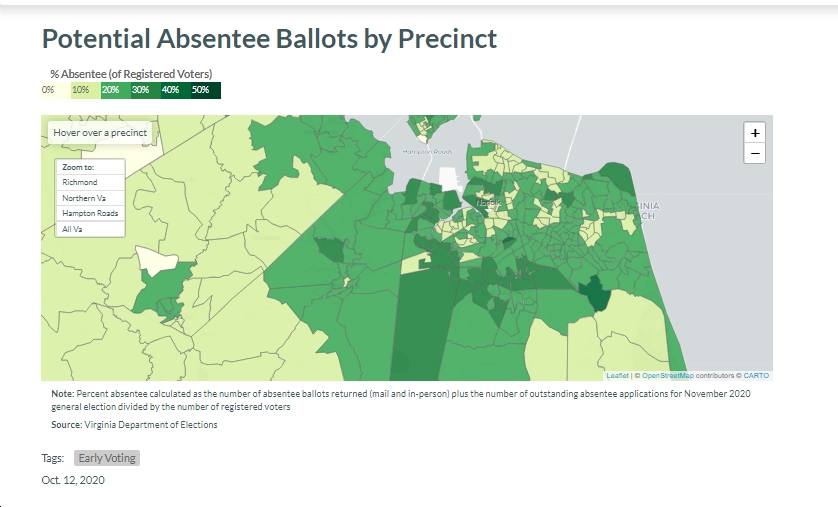 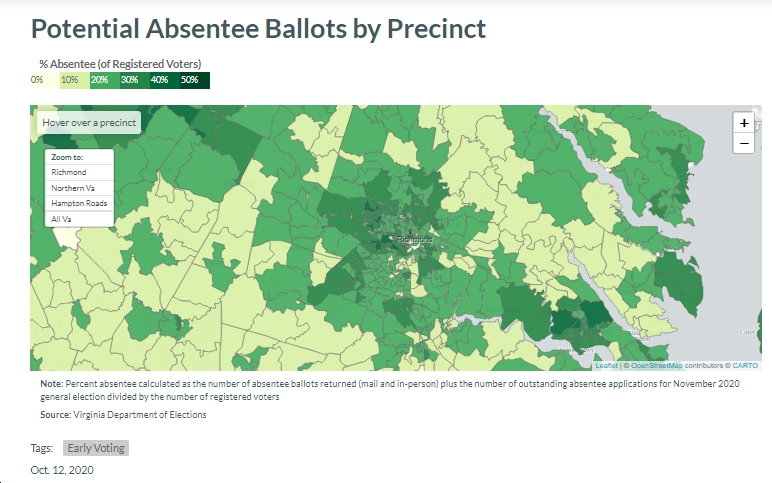 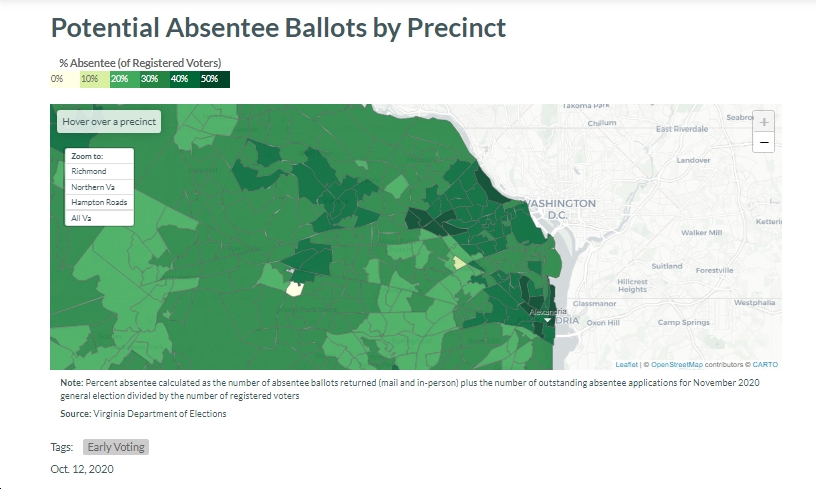 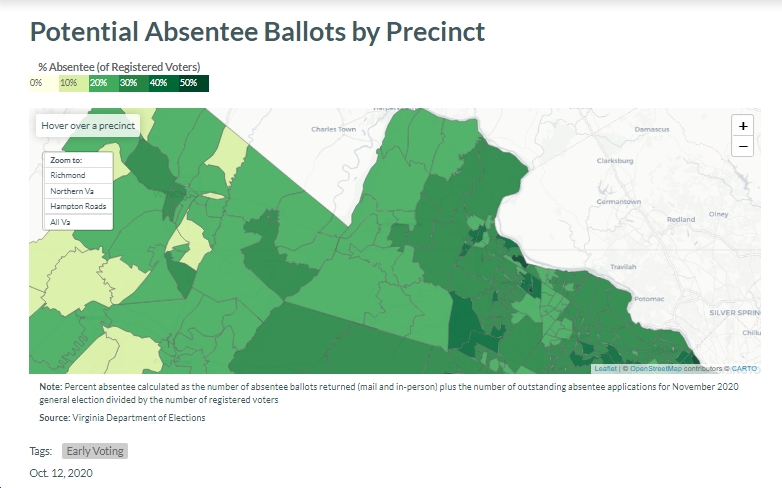 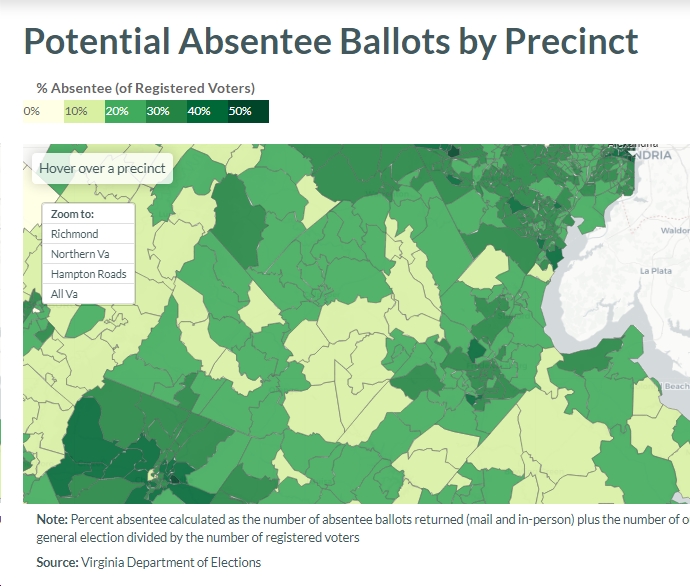