April 30: Armed demonstrators enter the Michigan Capitol with rifles as part of a protest against COVID-19 orders. At least one protester carried a Confederate flags and another sign read “Tyrants Get the Rope.”

May 11: Detroit Metro Times reports that Whitmer opponents are spreading violent threats against the governor in private Facebook groups. 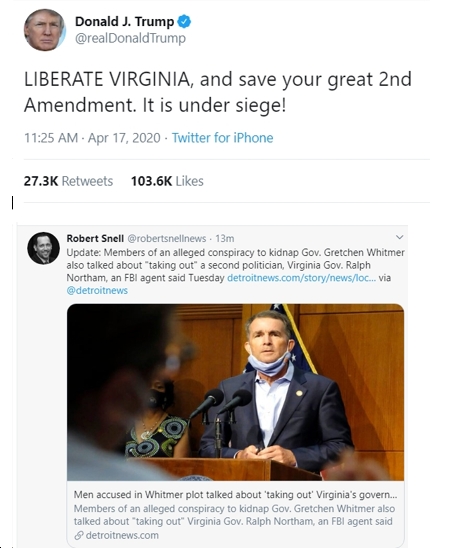