UPDATED 8:42 pm – I just chatted with Sean Perryman, and he had a few interesting things to say: 1) he had around 100 people on his Zoom campaign kickoff call last night, plus about 250 people on Facebook; 2) he said his exploratory campaign convinced him that he’d be a viable candidate with a decent chance to win, that he’s able to fundraise and get endorsements, that his “message resonated with people,” etc.; 3) that if he became LG, that he’s be “willing to take people on, regardless of party,” if they weren’t aligned with important values such as the Green New Deal, repealing “right to work,” etc.; 4) that he’s be “a leader within the Democratic Party” while “pushing to move that party in a progressive direction” as almost a “Chief Visionary Officer of where we should be.” Perryman also emphasized that the LG needs to be a strong advocate for reproductive rights, particularly given the U.S. Supreme Court and the fact that there could be tie votes that need to be broken in the State Senate, due to the fact that Sen. Joe Morrissey isn’t reliably pro-choice. Regarding Democratic primaries, Perryman said his potential involvement would “really depend,” that he’s “not going to be in the business of running primaries,” but he does think that there should be “clear lines on certain issues,” such as if “we have a Democrat who wasn’t clear that they were for a woman’s right to choose” or “not on board with following the science” or “getting down symbols of racism,” then he’d be willing to speak out in those primaries, because those people are “actively hurting an agenda that we need to be protecting.” Perryman also mentioned a Democrat (Sen. Chap Petersen) who’s suing Gov. Northam over COVID-19 restrictions, and said his values “are not aligned with the party’s.” On the Democratic LG primary, Perryman said he’d be “calling for a series of debates” and encouraged voters to listen to what the candidates have to say. He also said that voters should look for someone who would be a “progressive leader” in the State Senate and “speak to the issues that we’re dealing with…the racial reckoning…climate…labor…”

A professor of mine used to say that there are two groups of people: those who make things happen, and those who have things happen to them. I, like most people, spent my life in the second group. Growing up in a working class Black family in Brooklyn New York, my mom moved us to Manassas, VA seeking better and safer public schools. Although I was able to carve a path forward for myself, it was clear that regular people like us often lacked the power, know-how, or time to make substantive changes in their communities. They had to seek out places that would better serve them.

In Virginia, our politics often follow the same dynamics. On issue after issue, a small group of powerful people call the shots while the rest of us are left to deal with the consequences. People are working harder and longer than ever but still can’t keep up with the rising cost of housing, healthcare, childcare, and higher education. Our criminal justice system is historically resistant to change despite consistent evidence of racism. And the climate crisis continues to spiral, even though a vast majority support the green solutions needed to address it. Some have the resources to insulate themselves from these issues, but the majority can only hope for better.

Although these may seem to be reasons to despair, there’s a way we can change this dynamic. We saw something fundamentally different happen this summer, where, instead of letting those at the top decide, the people joined together and demanded their own destiny. A reignited movement for Black lives swept the nation and the entire globe, and for once we saw the needle move at a rare pace towards justice. Virginia’s General Assembly convened for a special session, and a slate of important reforms were passed that have previously been held up. In communities across the Commonwealth, neighbors organized not only for police reform, but for anti-racist measures on topics from education to mental health to equity for transgender Virginians.

As someone who has been an anti-racist activist in Virginia, it was amazing to see how fights that usually take years were won in a matter of weeks when we had the unified power of the people on our side. It proved that movements for equity can make big things happen for those who usually only have things happen to them. Virginians deserve leadership that is not just responsive to those movements but leadership that comes from those movements. I’m running for Lieutenant Governor not because I want to control the people’s destiny, but because we need honest brokers at the top who are ready to let the people have a say in their future.

If we join together, Virginians can affect historic change for our Commonwealth as we head into increasingly uncertain times. We can legalize cannabis and expunge past convictions. We can provide paid sick leave for all workers. We can pass a Green New Deal for Virginia. We can invest in housing, healthcare, and education rather than prisons, police, and incarceration. All we have to do is treat 2021 as our chance to change the dynamic. With a movement on the ground, and the right leaders at the top, I’m confident we can create the 21st century Virginia that we’ve been fighting so long for. 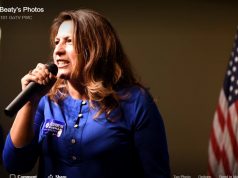 David Jonas: My Endorsement For Virginia Lieutenant Governor In 2021