In 2018, Loudoun County accounted for by far the most votes in VA10, approaching half of the Congressional District’s total (see screenshot, below). So you’d think a candidate for Congress in VA10 would know how to spell L-O-U-D-O-U-N. Especially if they *live* there, themselves? But…nope. See below for how VA10 GOP nominee Aliscia Andrews spelled the largest jurisdiction in the Congressional District: L-O-U-D-E-N.

Of course, not being able to spell “Loudoun” isn’t great when you’re running to represent it in Congress, but it’s not the worst thing in the world either. The problem with Aliscia Andrews, other than being a part of Trump’s Republican Party, is that: 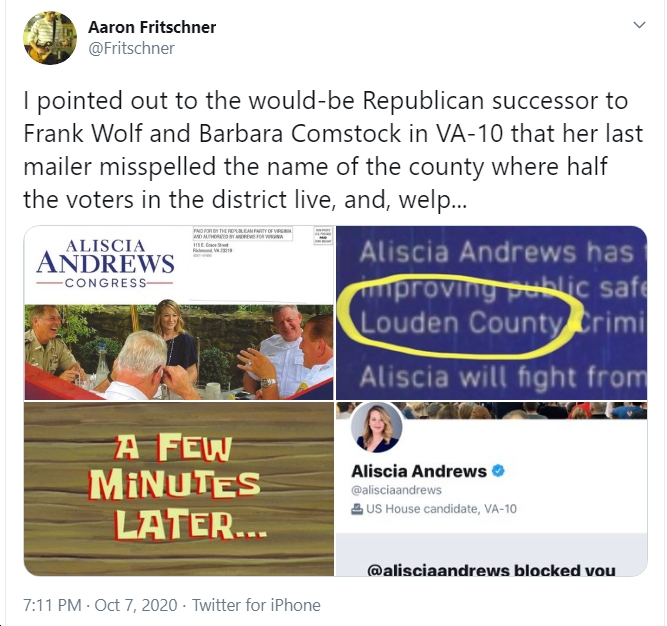 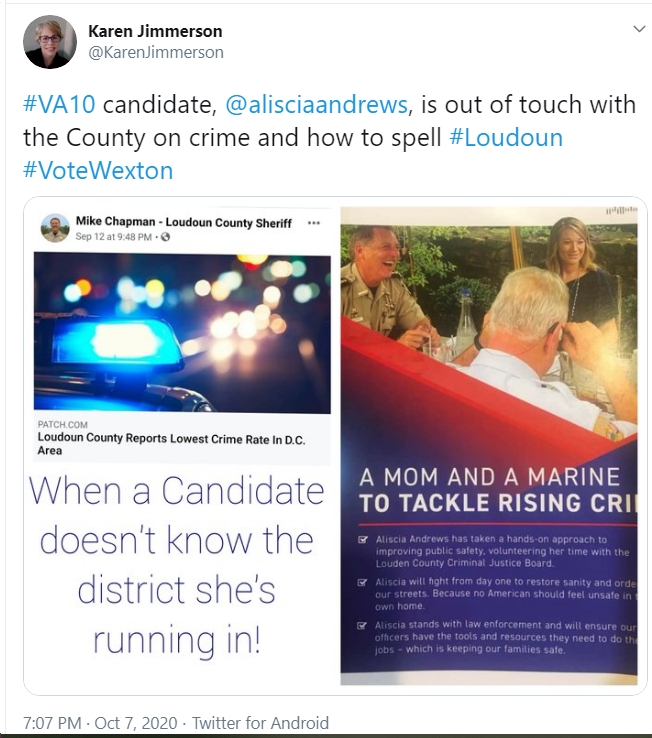 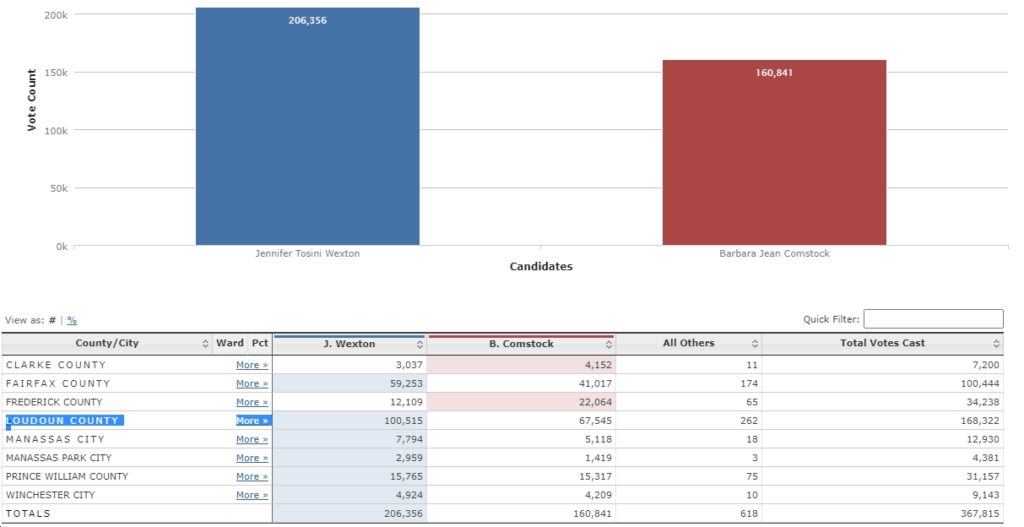 Hey Glenn Youngkin any thoughts on this story about Liberty University by @propublica (“'The Liberty Way'" How Liberty University Discourages and Dismisses Students’ Reports of Sexual Assaults")? https://bluevirginia.us/2021/10/sunday-news-the-global-stakes-at-glasgow-deal-on-bidens-2t-plan-edges-closer-harris-is-confident-youngkin-has-failed-the-test-of-character-obama-gives-fiery-spee#comment-5583238719