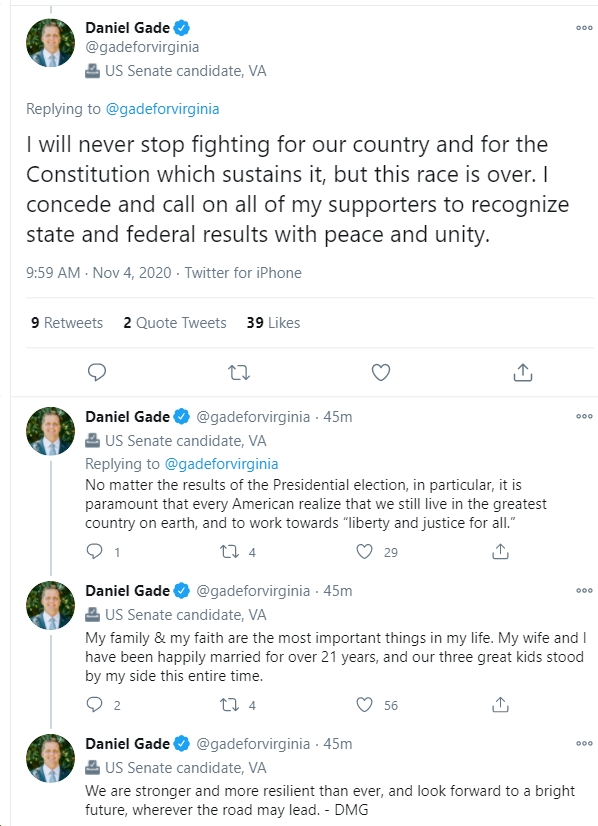 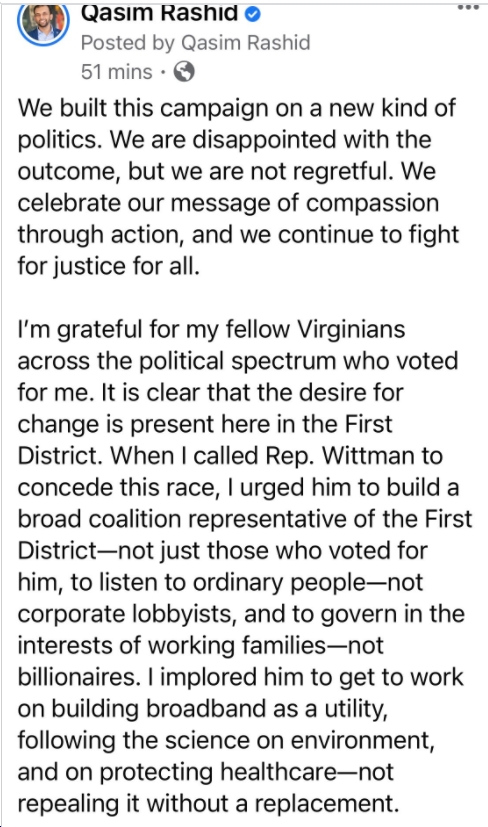 Definitely a concession, wishing Rep. Elaine Luria (D-VA02) success, while also taking a shot at what he calls “shameful smears” in the race, from former Rep. Scott Taylor (R) in VA02 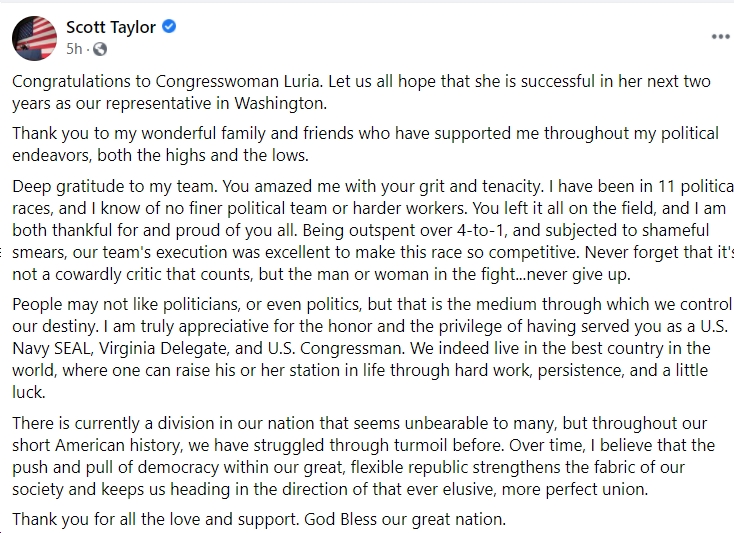 Here’s a concession statement from the Republican candidate in VA03, who congratulates Rep. Bobby Scott (D), followed by his current efforts to call the election into question… 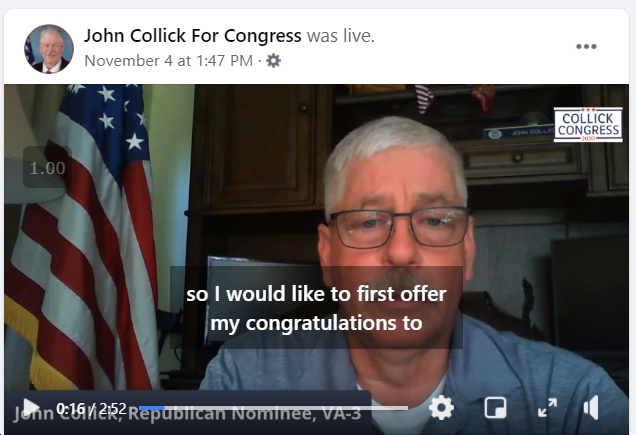 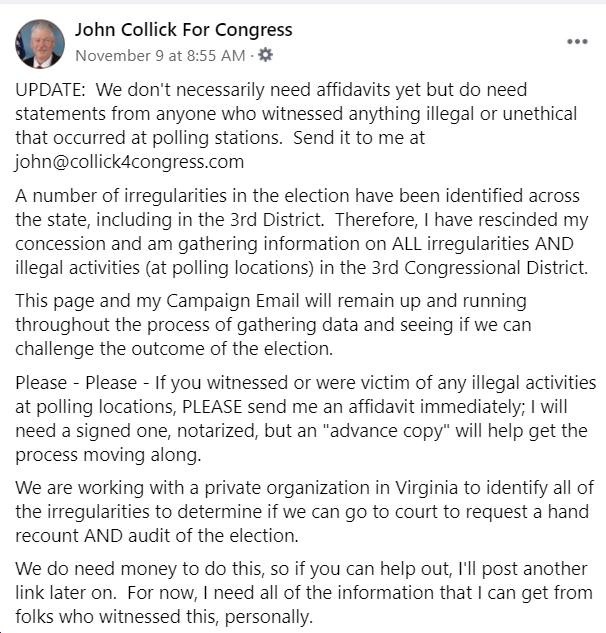 Then we have Nick Freitas (R)’s bizarre, non-concession “concession” statement in VA07 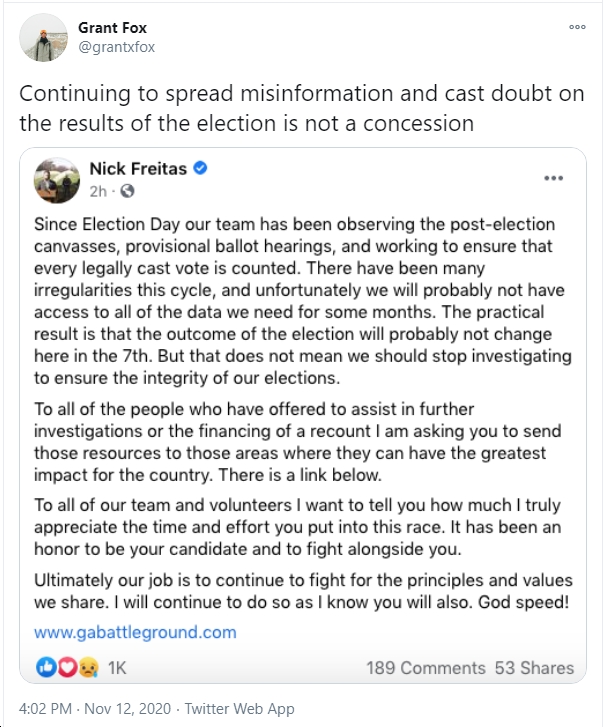 UPDATED: Definitely NOT a concession… 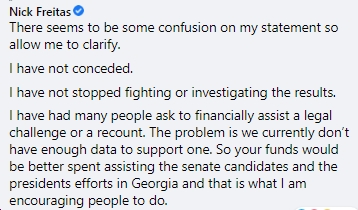 Definitely NOT a concession here from the Republican in VA11… 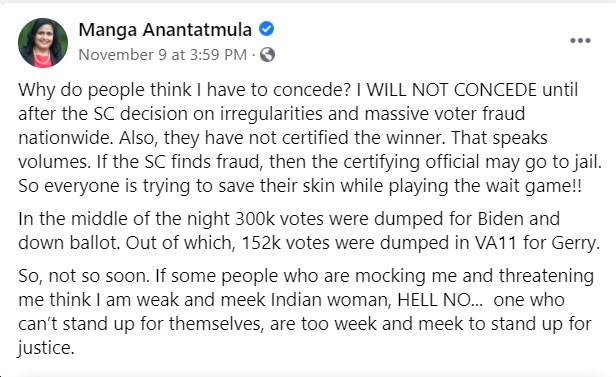 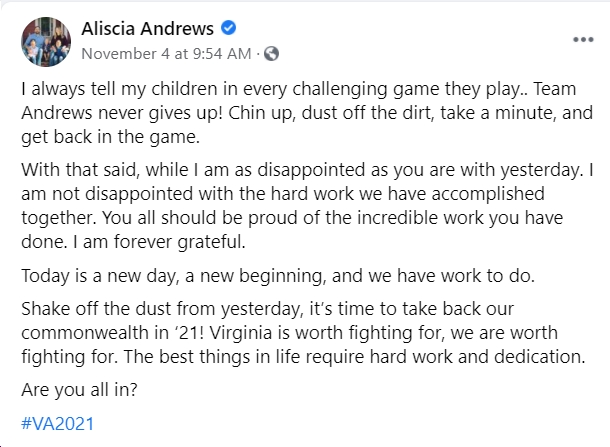 And no concession, apparently, from the Republican candidate in VA04

I’m not seeing anything in VA08, and Rep. Morgan Griffith (R-VA09) didn’t have an opponent.