There have been rumors for months about a possible 2021 gubernatorial candidacy by Del. Lee Carter (D-HD50), whose Twitter bio says, “Ask me about Socialism.”  Now, per Virginia political reporter Brandon Jarvis, it sounds like Carter is “strongly considering running” and “believes there is a path to victory for him.” Currently, announced Democratic candidates in the race include State Sen. Jennifer McClellan, Del. Jennifer Carroll Foy, former Gov. Terry McAuliffe and Lt. Gov. Justin Fairfax.

By the way, there’s no “ranked choice voting” in a primary, which means that one of the candidates could win with a plurality – 35%, 40%, whatever – in a race with multiple, serious candidates. Which means that, presumably, Carter’s “path to victory” would have to be to consolidate and energize the “left” of the Virginia electorate, get them out to vote, and win with a narrow plurality of the vote? We’ll see… 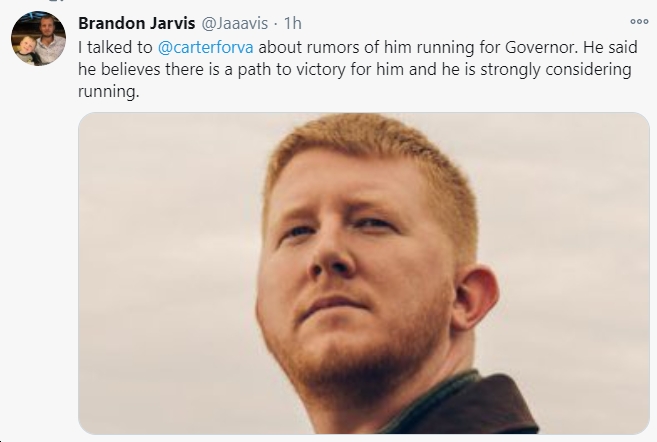 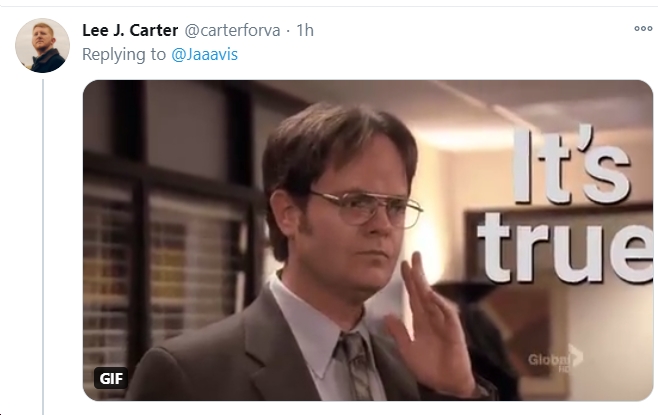