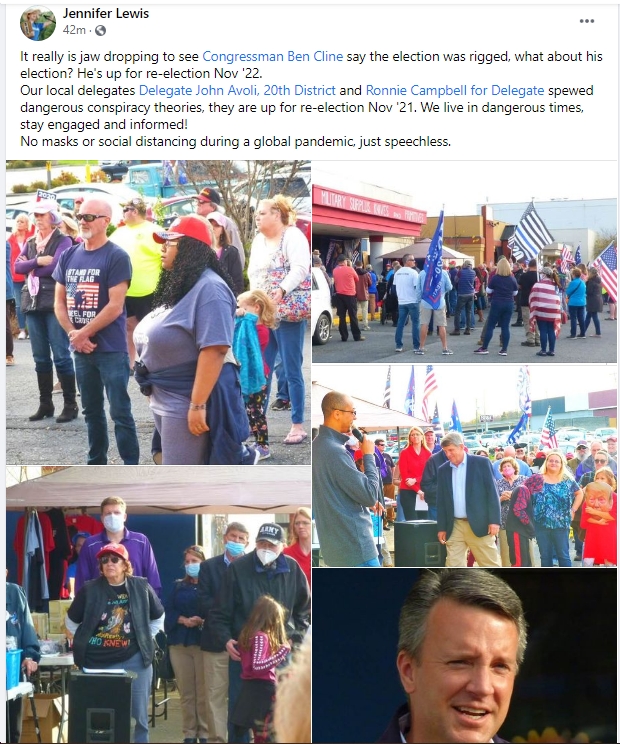 It really is jaw dropping to see Congressman Ben Cline say the election was rigged, what about his election? He’s up for re-election Nov ’22.

Our local delegates Delegate John Avoli, 20th District and Ronnie Campbell for Delegate spewed dangerous conspiracy theories, they are up for re-election Nov ’21. We live in dangerous times, stay engaged and informed!

No masks or social distancing during a global pandemic, just speechless.

Totally appalling. And if all that’s not bad enough, check out what William Travis Walker, Jr. writes, below, about what went down today: 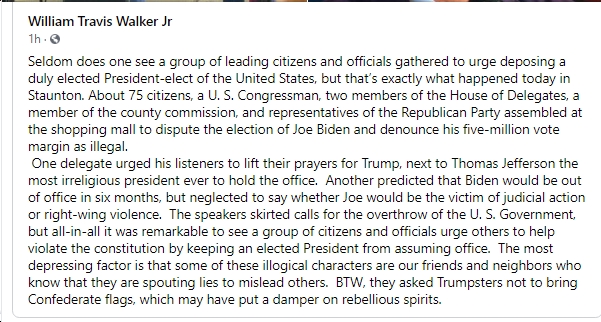 “Seldom does one see a group of leading citizens and officials gathered to urge deposing a duly elected President-elect of the United States, but that’s exactly what happened today in Staunton. About 75 citizens, a U. S. Congressman, two members of the House of Delegates, a member of the county commission, and representatives of the Republican Party assembled at the shopping mall to dispute the election of Joe Biden and denounce his five-million vote margin as illegal… The speakers skirted calls for the overthrow of the U. S. Government, but all-in-all it was remarkable to see a group of citizens and officials urge others to help violate the constitution by keeping an elected President from assuming office.”