The Fairfax County Public Schools system is out with a new study, looking at “TEACHING AND LEARNING DURING THE COVID 19 PANDEMIC,” and the results are concerning (note: h/t to Washington Post reporter Hannah Natanson on this story). The bottom line, as the study summarizes, is as follows:

So…somewhat of a mixed bag in the summary, but there are some seriously concerning data points, particularly grades for English-language learners and students with disabilities. My question is how much of this is the result of being forced to go to online learning due to the COVID-19 pandemic, and how much of it could have been avoided by doing things differently. Of course, this is an unprecedented situation, and it’s really been a choice of bad/less-bad options (e.g., in-person learning, which would put teachers/staff/families at risk; or online learning, which mitigates that risk but is clearly problematic academically and in other ways), but still…we’re going to have a lot of damage to address once this pandemic is over, hopefully in a few more months. 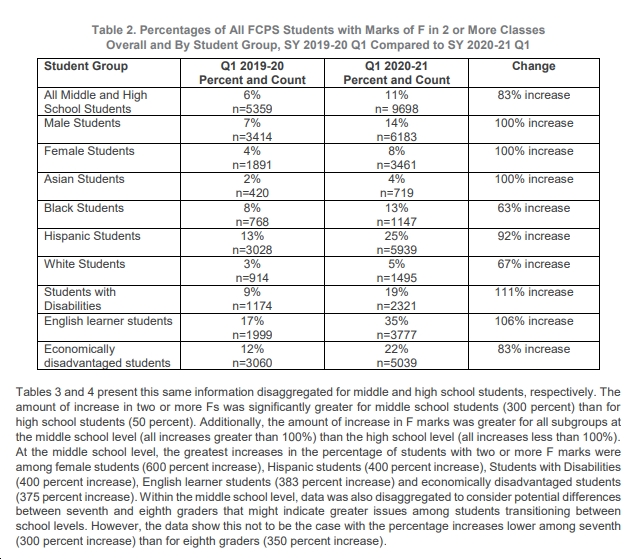 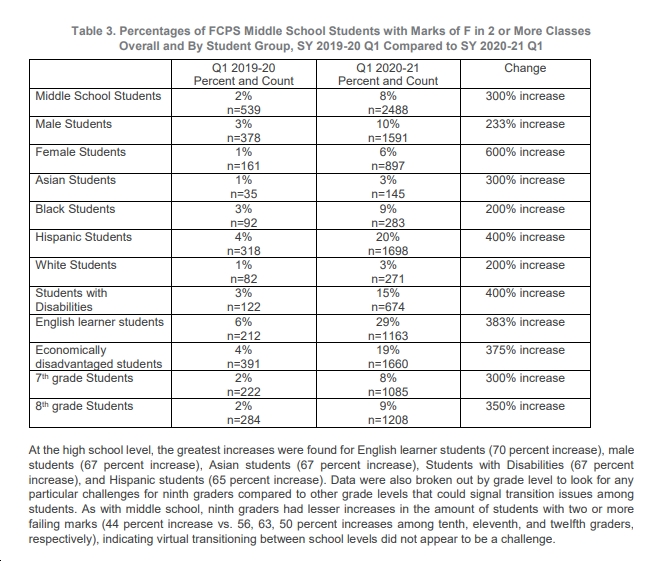 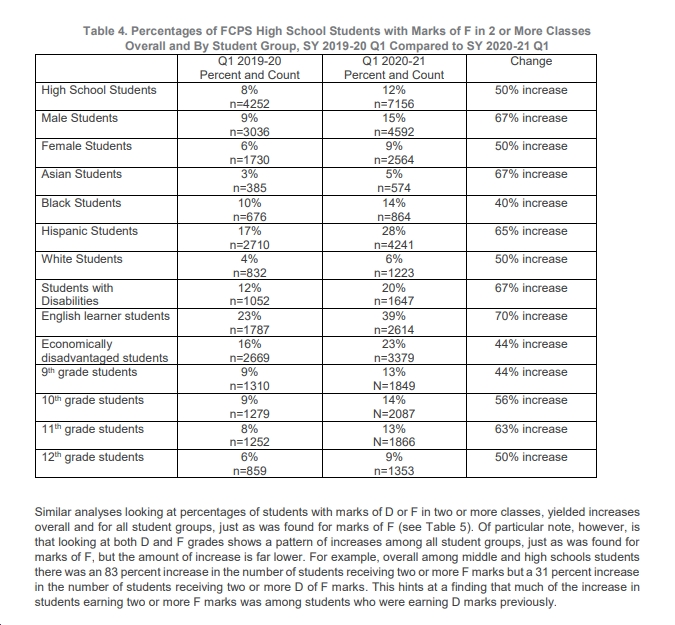 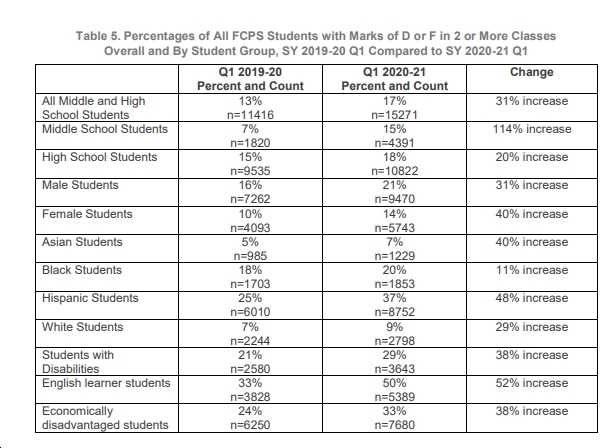 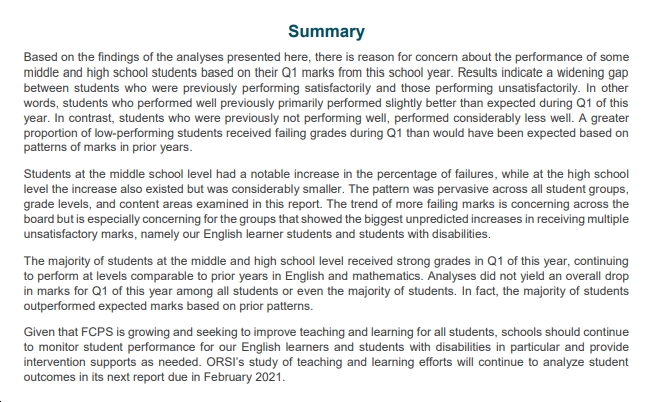