Here at Blue Virginia, we strongly opposed passage of the redistricting amendment, as did almost all Virginia House Democrats. But…it passed, by a wide margin in fact. So now that that’s a done deal, for better or (probably) worse, how’s redistricting going to work next year? See below for a graphic from VPAP that lays it out, and also check out this excellent piece by Brandon Jarvis at Virginia Scope. In short: 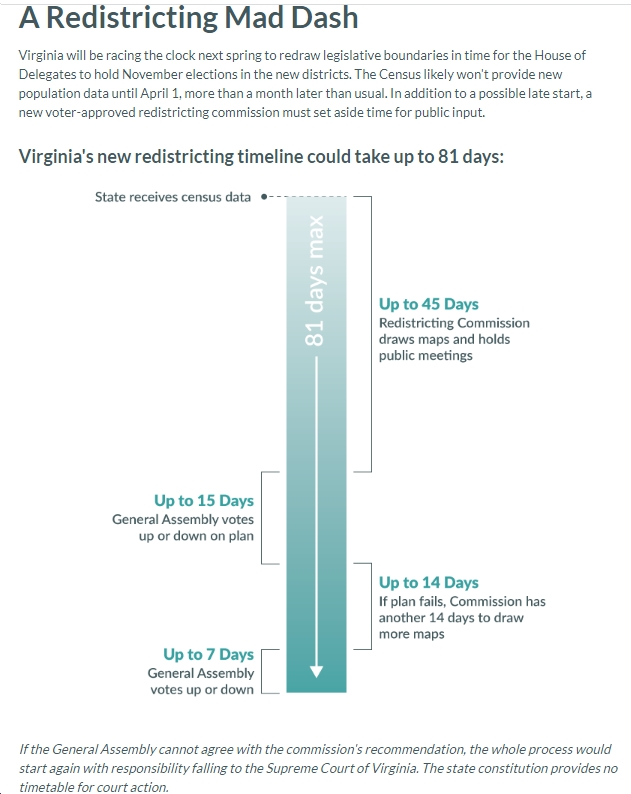 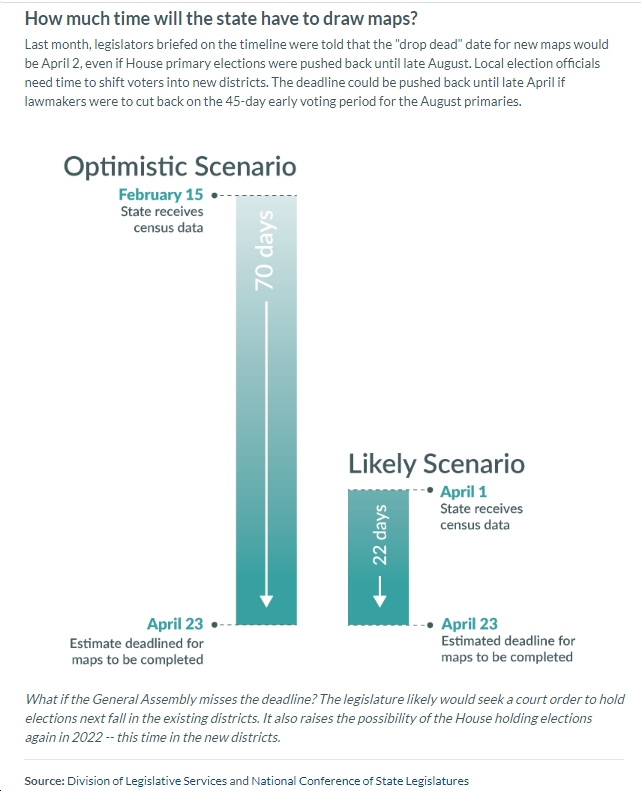