One of the most extreme members of the Virginia General Assembly, by almost any metric, has got to be Del. Dave LaRock (R). For more on LaRock, see:

On and on it goes. Now, Del. LaRock has shared the following extremist content on his Facebook page, adding his own comment that “[o]verturning democracy in America is not going to go well.” No, LaRock isn’t talking about Trump’s attempts to overturn a free-and-fair election, already certified by the states and the Electoral College. Instead, LaRock shares content that argues, among other things:

The question, of course, is why Del. LaRock is sharing this content. Also, whether or not there will be any consequence for his insurrectionism. 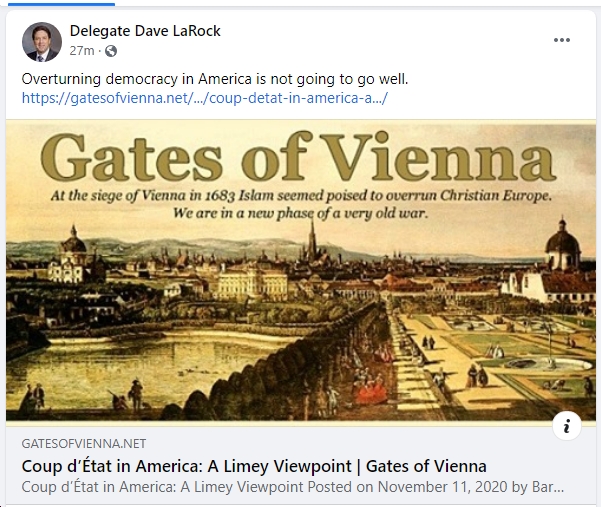