The Human Rights Campaign (HRC) just released its “ninth annual Municipal Equality Index (MEI), which is the only nationwide assessment of LGBTQ equality regarding municipal policy, law and services.” According to HRC, “this year, a record-breaking 94 cities earned the highest score,” which is 100 points. The report “rated 506 cities…assess[ing] each city on 49 criteria covering citywide non-discrimination protections, policies for municipal employees, city services, law enforcement and the city’s leadership on LGBTQ equality.” How did Virginia cities and counties do? See below, in descending order. 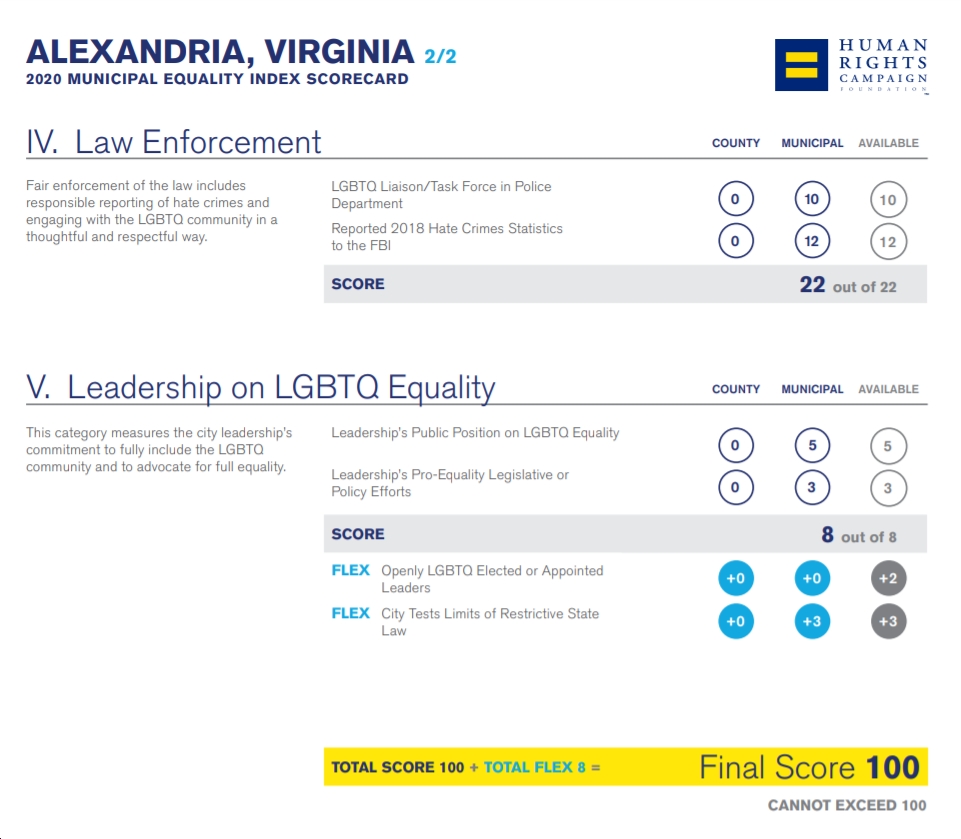 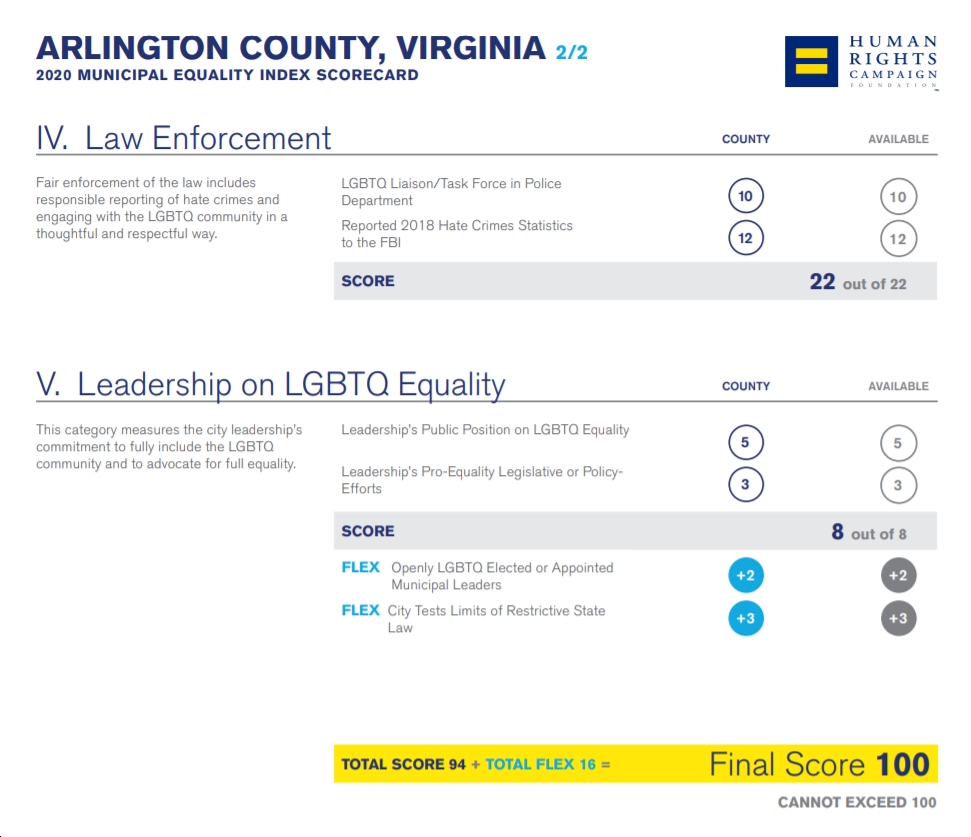 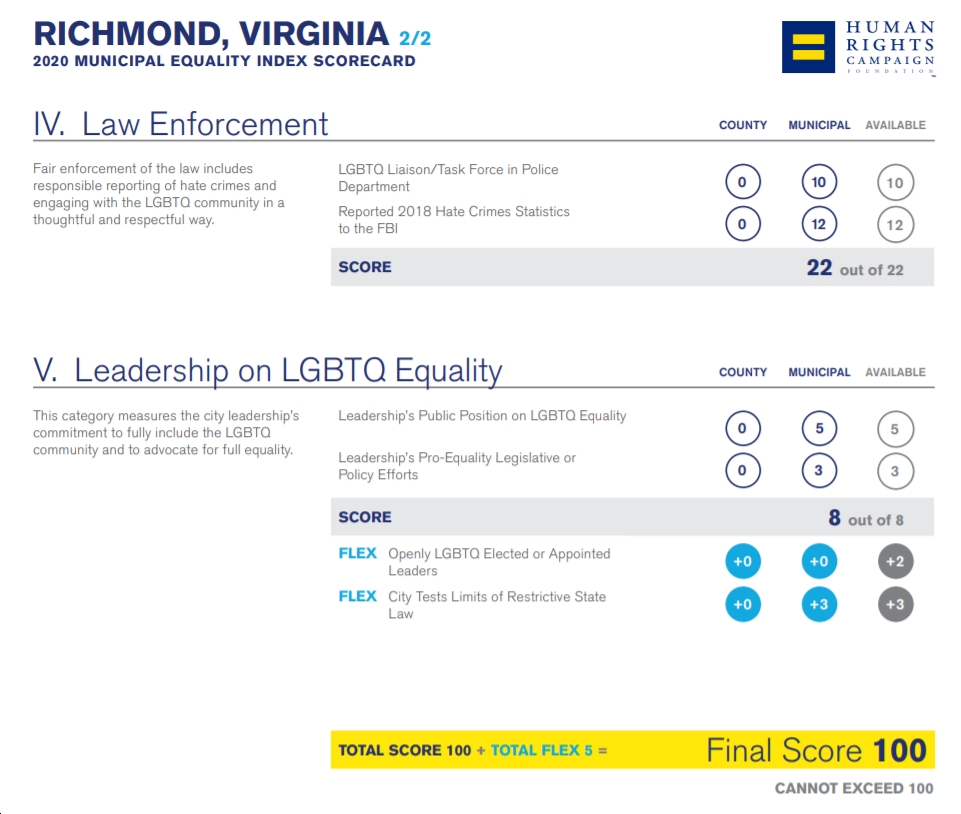 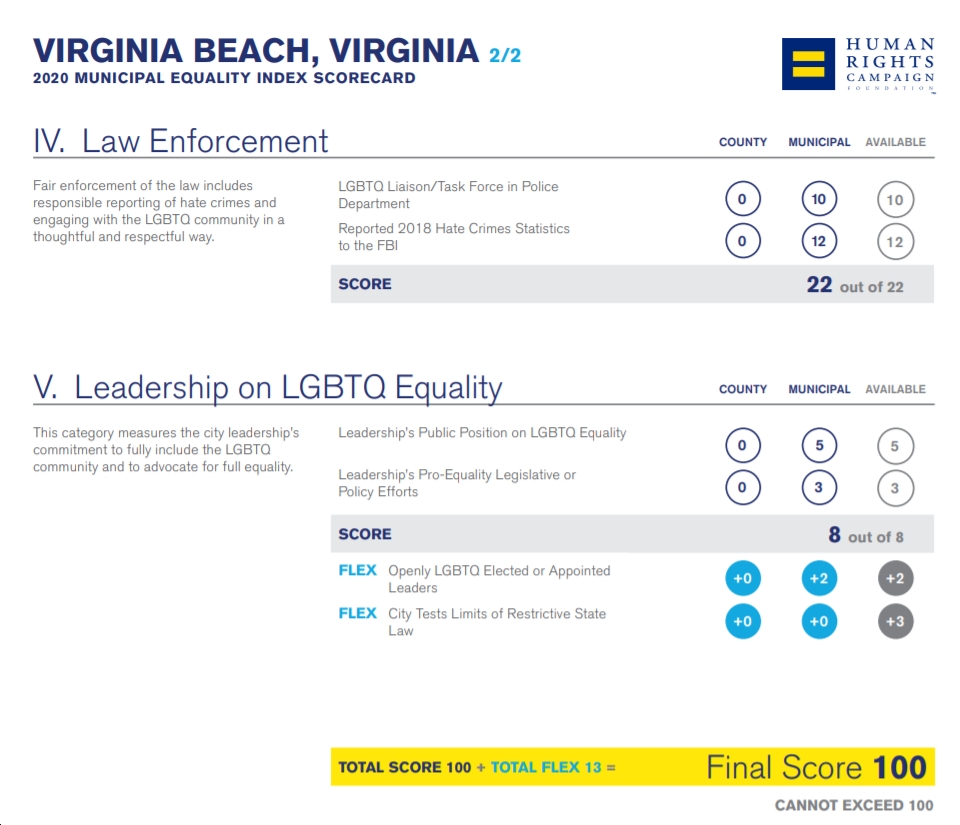 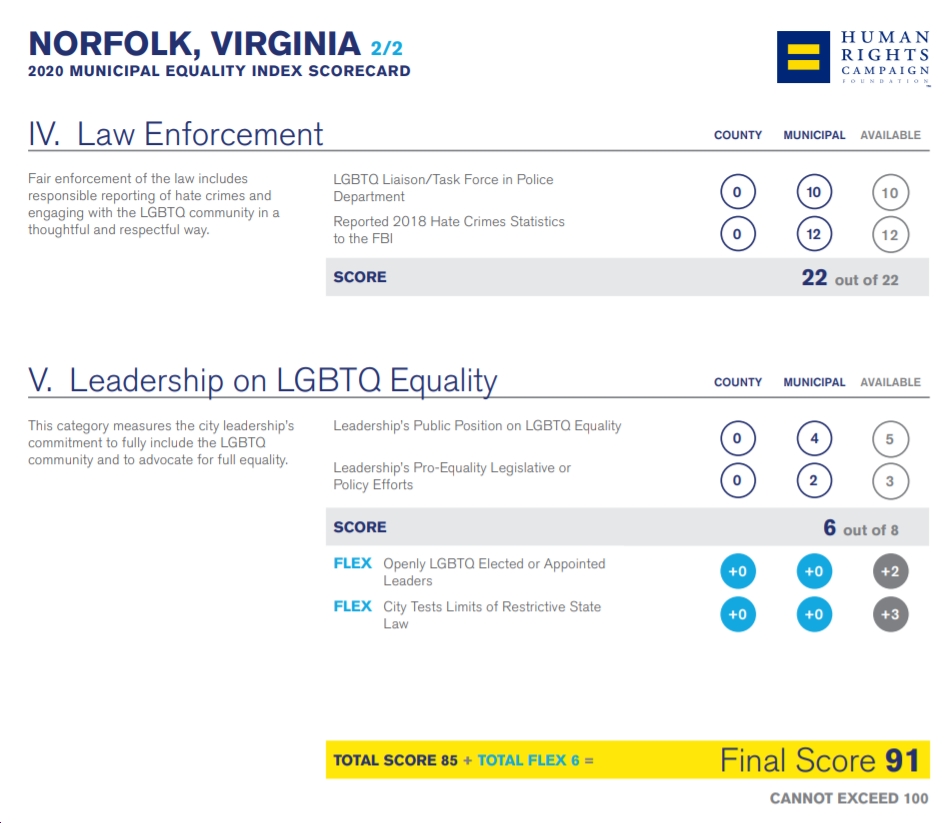 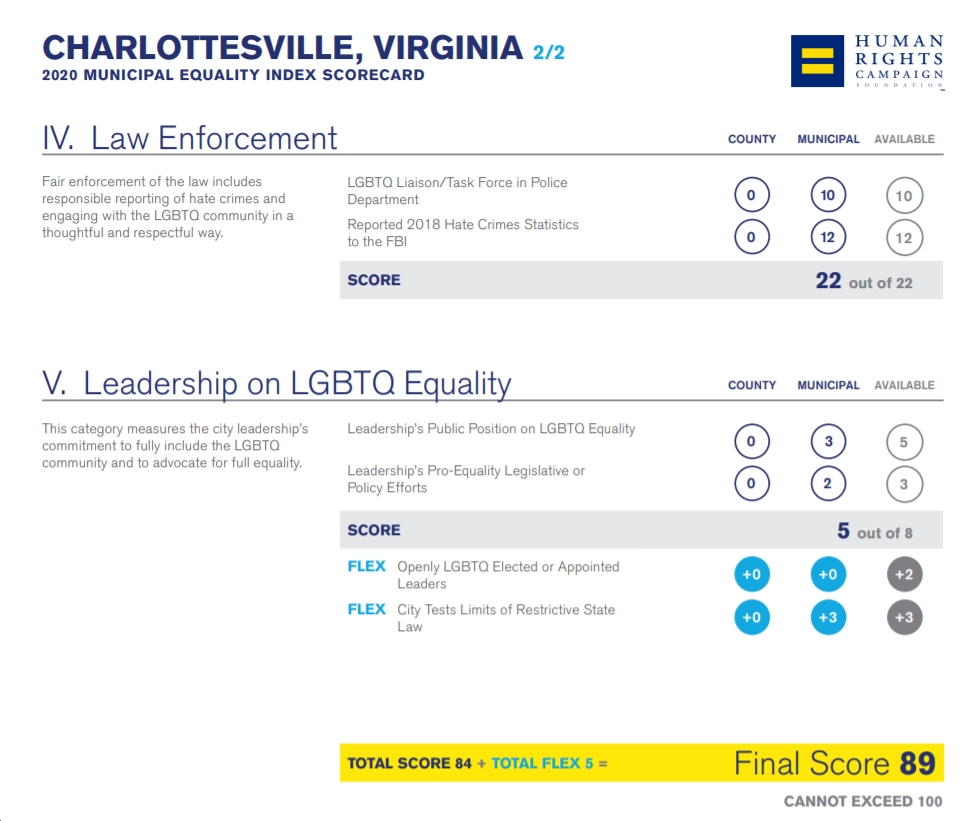 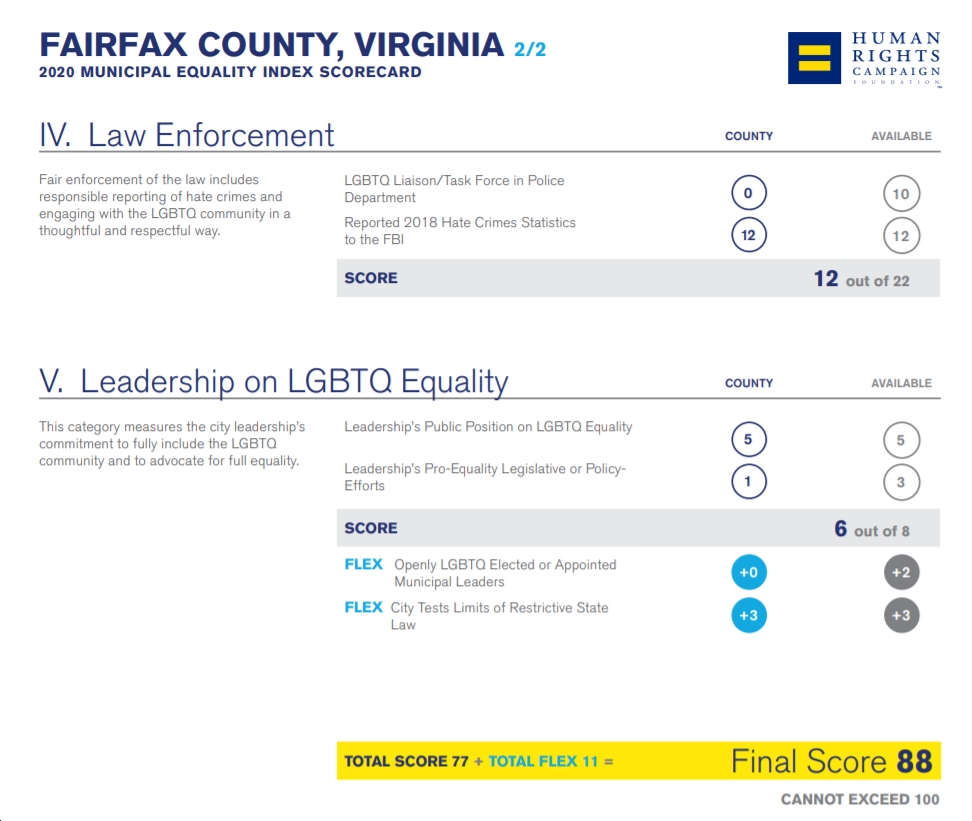 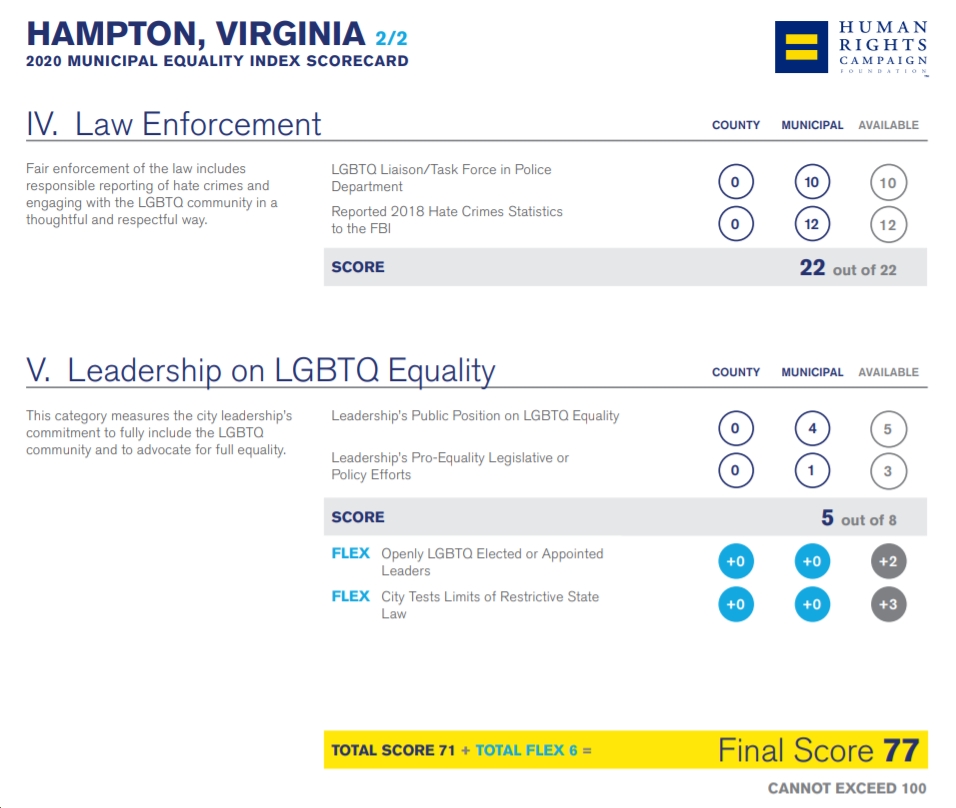 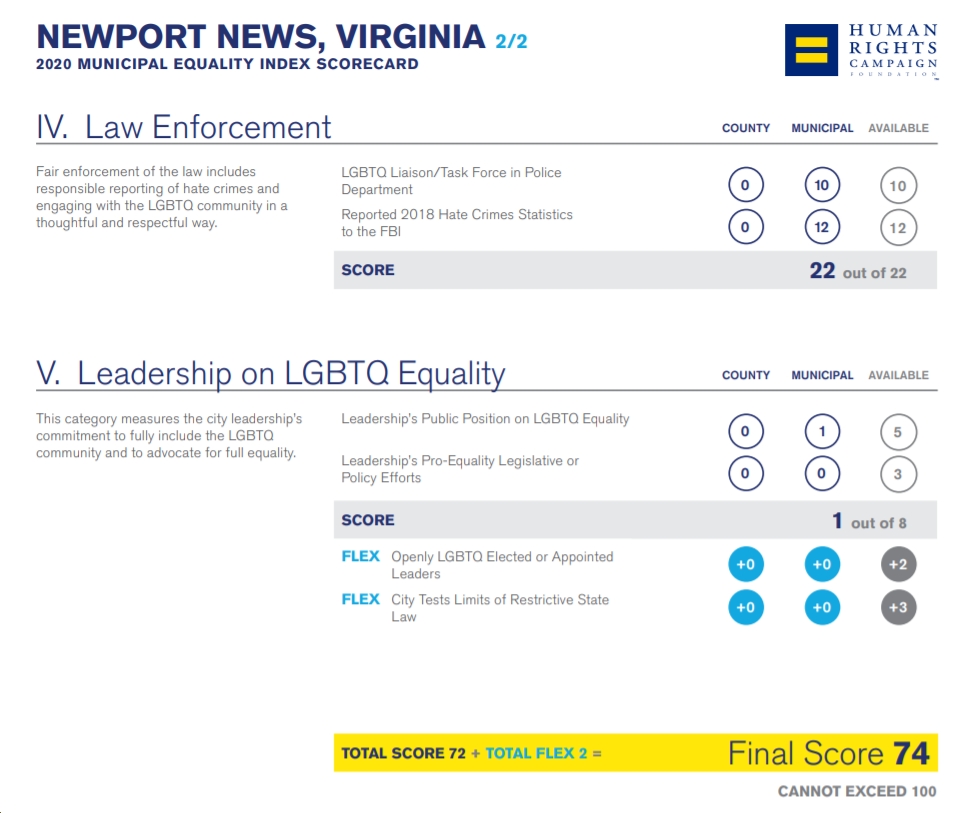 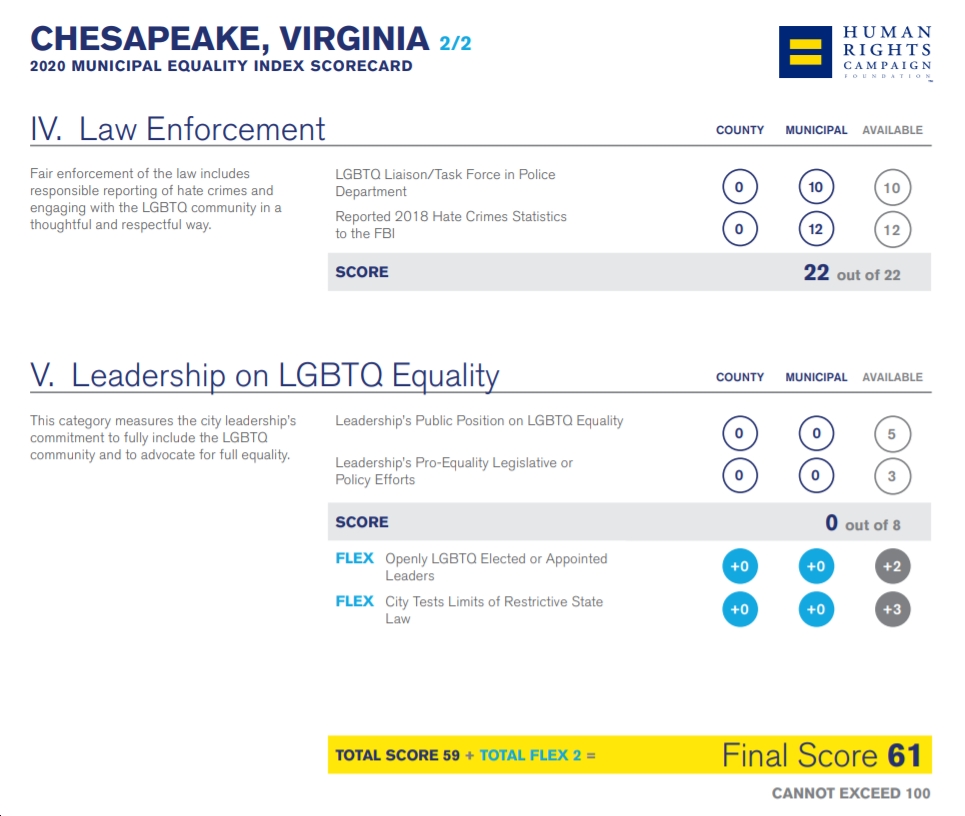 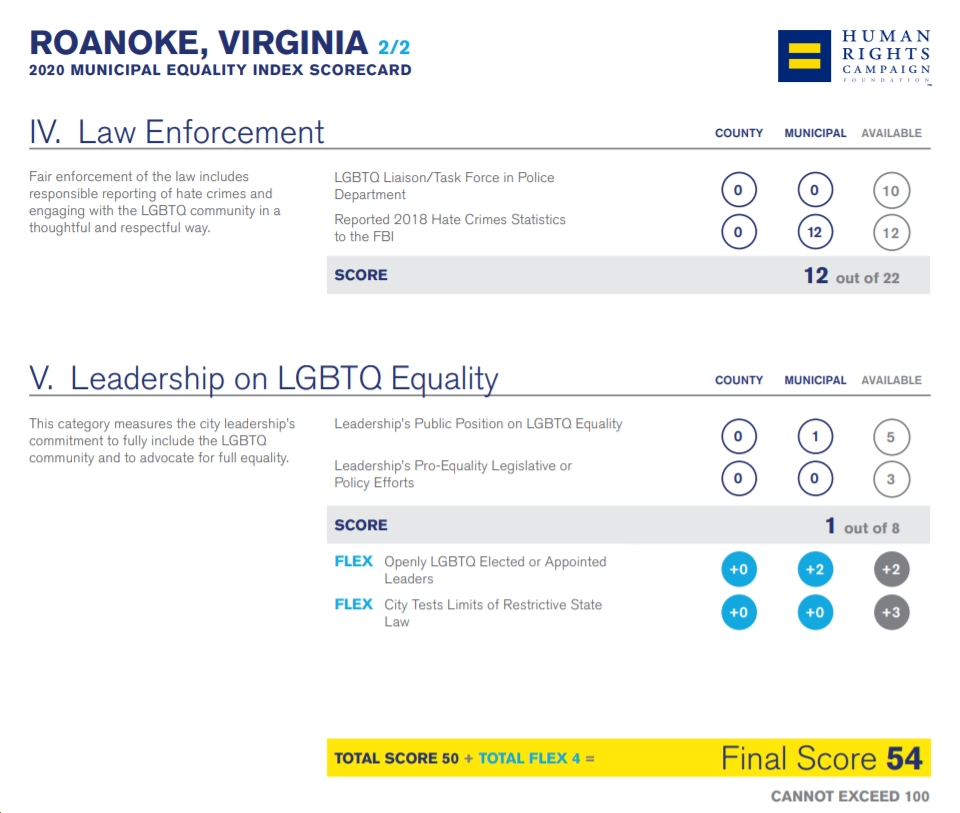 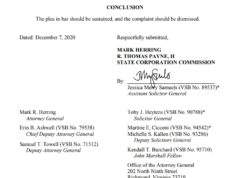 Graphs: Virginia Gubernatorial Fundraising Off to Record Start; Compare to Previous Elections Going Back to 2001 (This time around, candidates have raised $11.1 million, with McAuliffe alone at $6.2 million and Republicans trailing far behind.) https://bluevirginia.us/2021/01/graphs-virginia-gubernatorial-fundraising-off-to-record-start-compare-to-previous-elections-going-back-to-2001