I strongly encourage former Rep. Denver Riggleman (R-VA05) to do this, if he’s seriously interested. Because, as Rep. Adam Kinzinger (R-IL16) says as he launches the “Country First” movement”

“This is not time for silence…someone needs to tell the truth…The Republican Party has lost its way…The time has come to choose what kind of party we will be…in recent years, we’ve forgotten our principles…hope has given way to fear, outrage has replaced opportunity, and worst of all, our deep convictions are ignored; they’ve been replaced by poisonous conspiracies and lies…And now we know exactly where this new and dangerous road leads…to insurrection and an armed attack on Congress…the murder of a Capitol police officer and the deaths of four of our fellow Americans…Republicans must say enough is enough. It’s time to unplug the outrage machine, reject the politics of personality and cast aside the conspiracy theories and the rage…turn back from the edge of darkness…[and] put principles first…It is now or never. The choice is ours. I’ve made mine, and I hope every Republican…will choose to join me.”

By the way, note that at present, the contenders for the 2021 Virginia GOP gubernatorial nomination (Amanda Chase, Kirk Cox, Pete Snyder, Glenn Youngkin, Sergio de la Pena) are all hard right, to varying degrees, and basically doing everything Kinzinger’s saying Republicans should NOT do – the “outrage machine,” “conspiracy theories,” “rage,” etc.  So clearly, there’s no place in the Virginia GOP for Denver Riggleman, at least as he is now (and hopefully he’ll stay this way). But a run as a “Country First” candidate? That could be fascinating… 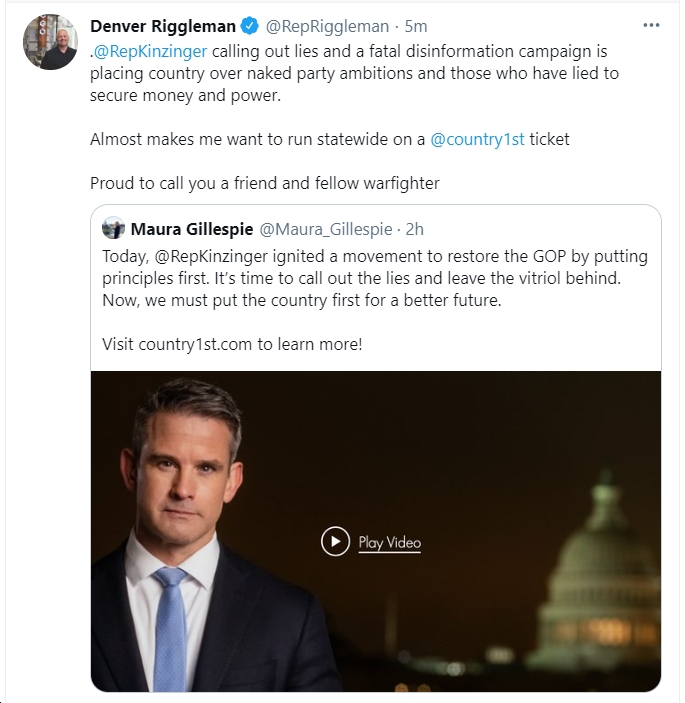 Enough is enough. It’s time to put our country first, restore the principles that our party was founded upon, and save the greatest country in the world. Watch the full video at https://t.co/nxNpyFgfsu and join us in this movement for the future. pic.twitter.com/QOBA1Qs9JH 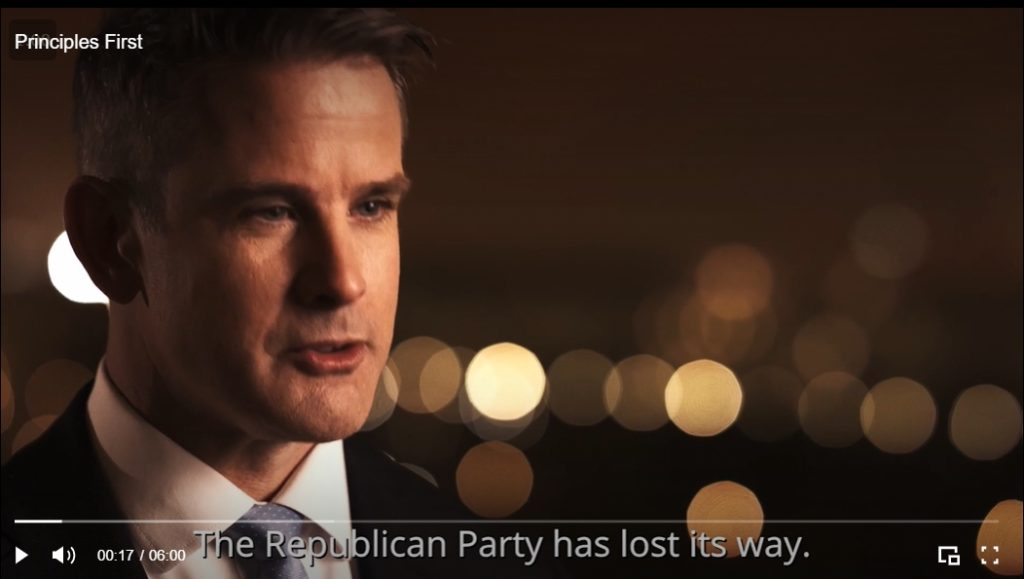