The current Republican Party line at the national level is that impeaching Trump would be a bad thing because it (supposedly) would “have the opposite effect of bringing our country together,” with House Minority Leader Kevin McCarthy (R) arguing that our country needs to be on “back a path towards unity and civility.”

Of course, McCarthy almost certainly doesn’t mean any of that, but more likely is trying to avoid accountability for members of his party – himself included – who have spread the disinformation that helped fuel the insurrection last Wednesday, and which continues to fuel it now, and who voted against certifying the Electoral College results last Wednesday, even *after* the assault on the Capitol by enraged Trump supporters. Still, at least McCarthy’s words sound reasonable on the surface. Here in Virginia, that’s not even the case, as the following email from VA GOP Chair Rich Anderson demonstrates. Check it out, as Anderson rails: 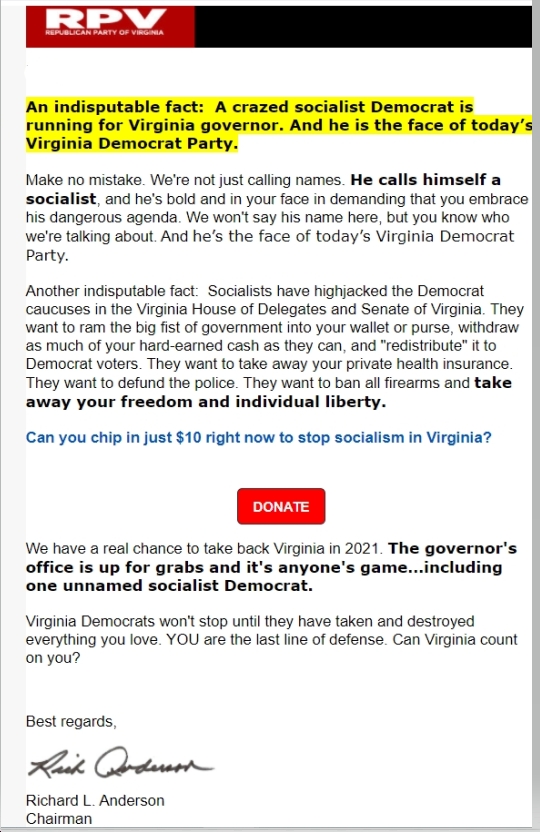