A bit earlier this afternoon, Sen. Tim Kaine went on MSNBC to discuss this blockbuster, appalling story in the Washington Post.

The Washington Post obtained a recording of the conversation in which Trump alternately berated Raffensperger, tried to flatter him, begged him to act and threatened him with vague criminal consequences if the secretary of state refused to pursue his false claims, at one point warning that Raffensperger was taking “a big risk.”

According to Kaine – see video here or click on the image, below: 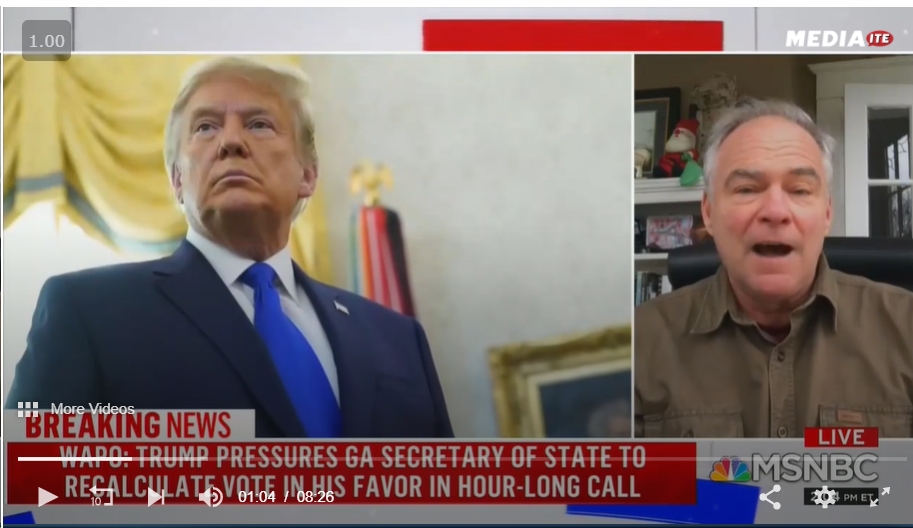 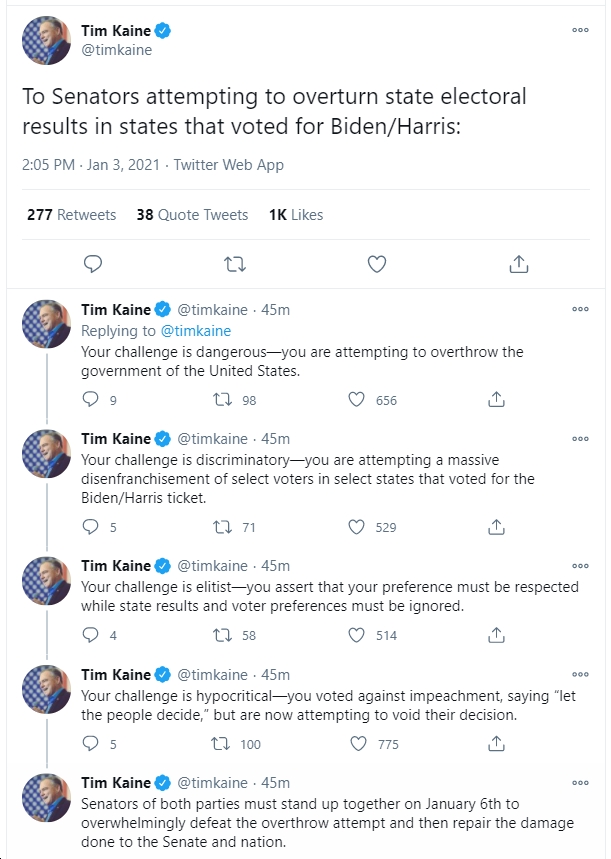