Thanks to Virginia political reporter Brandon Jarvis for his “heads up” on this…from former/two-term Lt. Governor Bill Bolling, a conservative Republican by almost any standard, but also in the “sane” and “pro-democracy” categories. The key points:

Thanks to former Lt. Governor Bill Bolling (R) for expressing support for our constitution and our democracy, which so many of his fellow Republicans have abandoned recently. 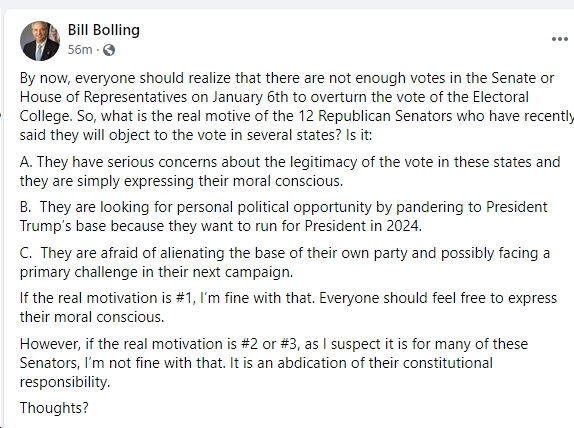