Most of us look around our neighborhoods, towns, cities, counties and probably think it’s totally “natural” (e.g., things just evolved that way because of individual preferences, geographical features, proximity to major economic centers, whatever – but certainly nothing insidious, let alone racist, about it) that things would be the way they are. For instance, I bet that most people barely give a second thought, at least not consciously, to the mix of people who live in their community, the most common modes of transportation, the size of lots, how clean/dirty it is, how urban/suburban/rural it is, the most prevalent types/sizes of housing, the mix of owners vs. renters, you name it.

Of course, the reality is that almost none of this just sprung up “naturally.” To the contrary, almost every aspect of the way we live in America developed due to decisions made/policies enacted by people with the power to make those decisions/policies at a variety of levels — including the federal government, state government, local government, etc.

There are a few good books that discuss this subject, such as the classic, Suburban Nation, which among other things details how government policies in a wide variety of ways – and at the federal, state and local levels – have, for decades, both directly and indirectly encouraged the environmentally destructive, fossil-fuel-guzzling “sprawl model” of development, at the expense of “smart growth,” “transit-oriented development,” or a focus on building great cities.

However, I don’t believe that, before I read The Color of Law: A Forgotten History of How Our Government Segregated America (by Richard Rothstein) recently, I’d ever run across a book that specifically looks at how our pattern of development came about from a racial (or more accurately, racist) point of view. And I’m sure I’ve never come across a book that marshaled such a massive amount of evidence – data, historical evidence of all types, you name it – to, as the New York Times review of “The Color of Law” puts it – “quite simply [demolish] the notion that government played a minor role in creating the racial ghettos that plague our suburbs and inner cities.”

This is, of course, the case here in Virginia as well. For an excellent new paper on the subject, see new McGuireWoods‘ new paper documenting the history of zoning and segregation in Virginia and the legacy of systemic racism preserved by zoning.

According to the paper’s executive summary, many Virginia neighborhoods “are more racially segregated today than they were 50 years ago.” Elected officials and lawmakers used zoning through most of the 20th century as a governmental tool to segregate African Americans. “Zoning continues to reinforce patterns of segregation today despite the Fair Housing Act of 1968 prohibiting racial discrimination in housing,” the authors noted. Housing segregation, in turn, affects education, job opportunities, family income, health and access to a quality life.

The McGuireWoods team — led by Tysons real estate and land use partner Jonathan Rak and McGuireWoods Consulting senior advisor James Dyke — also offered a call to action: Revise Virginia zoning and planning laws to increase housing opportunities for all people throughout the state’s localities. Appropriate reform, the team said, can occur without diminishing local governments’ power to plan and zone.

According to the report’s executive summary: “Zoning and planning laws in Virginia need to be revised to help address the legacy of 20th-century racism. The primary reform should be to increase housing opportunities for all people throughout Virginia’s localities. Most of this can be accomplished by changing zoning and planning laws to allow more housing choices.” A few other points that jumped out at me include: 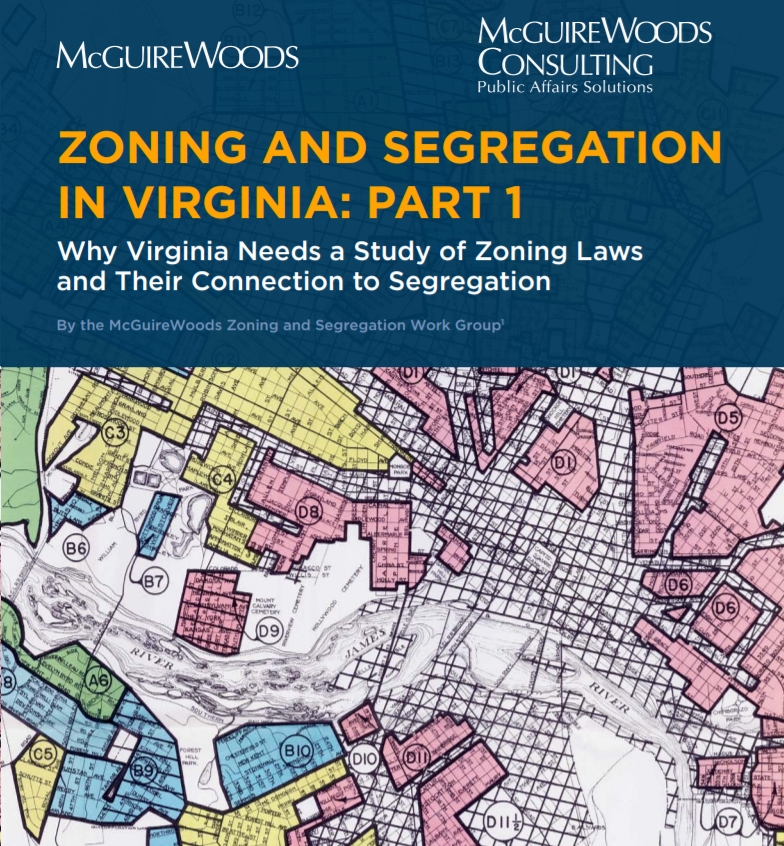 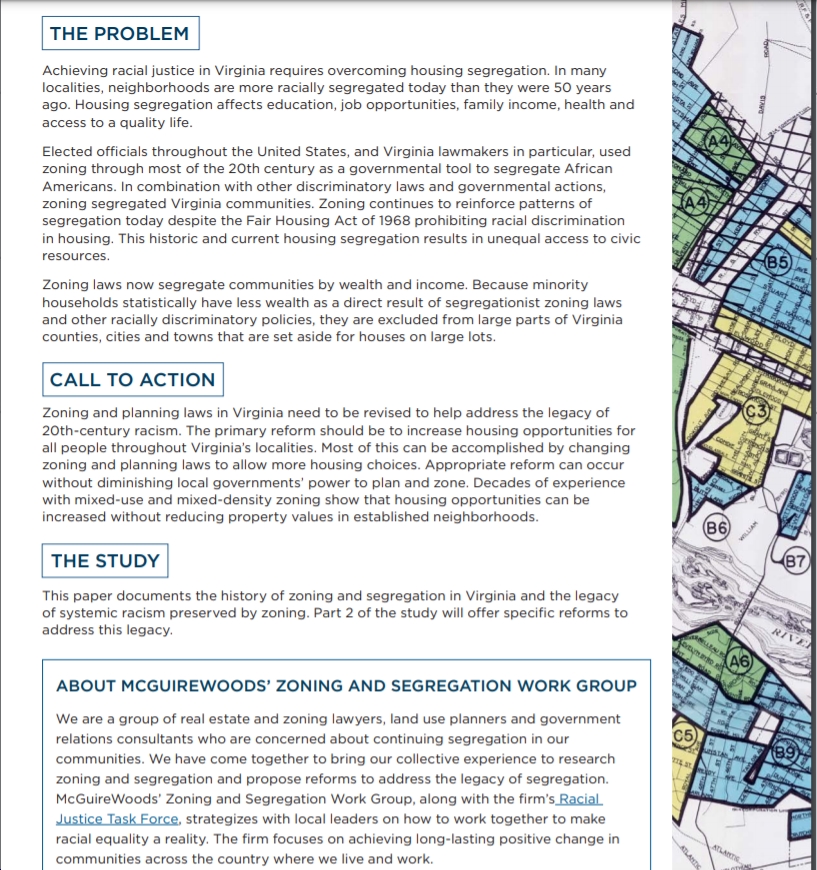 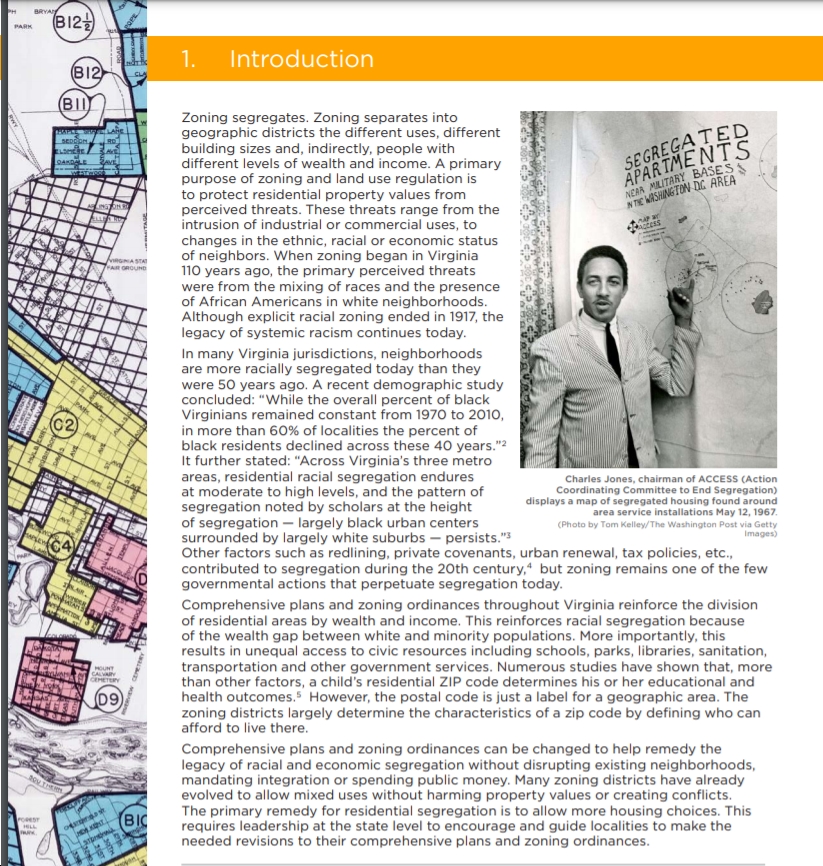 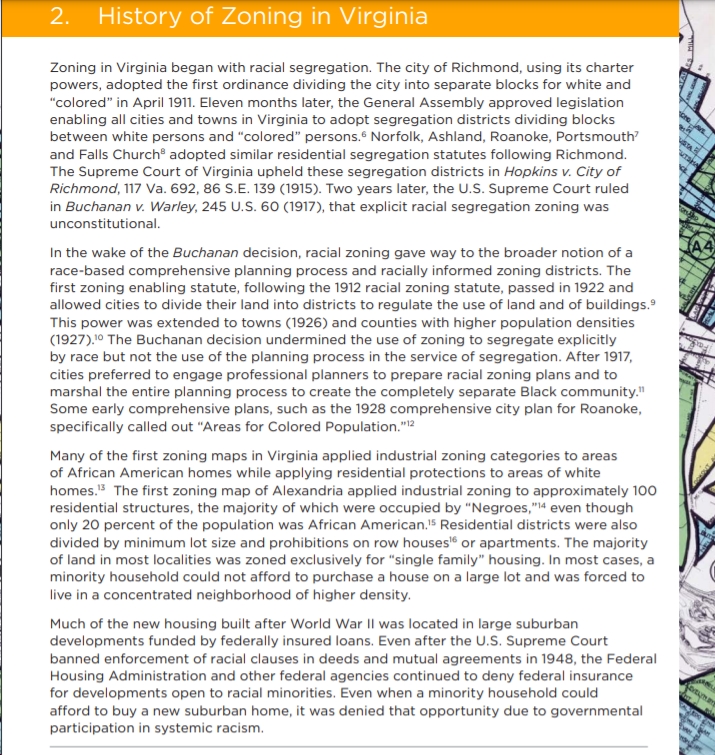 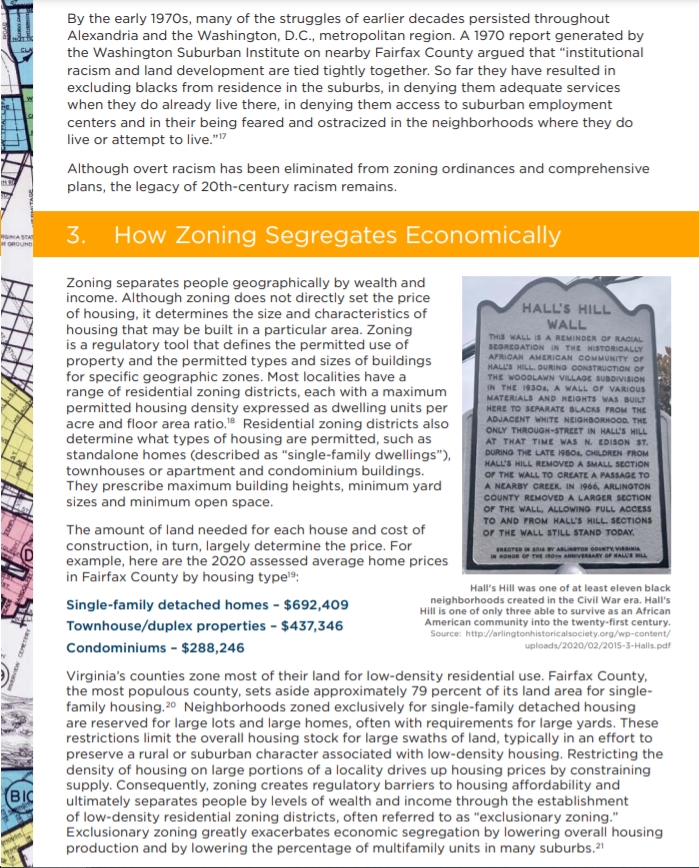 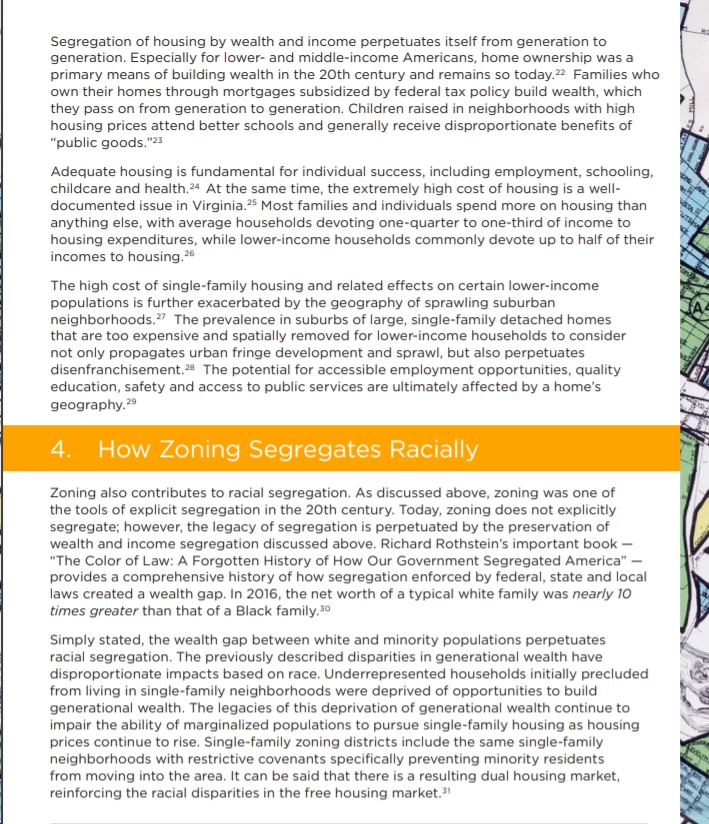 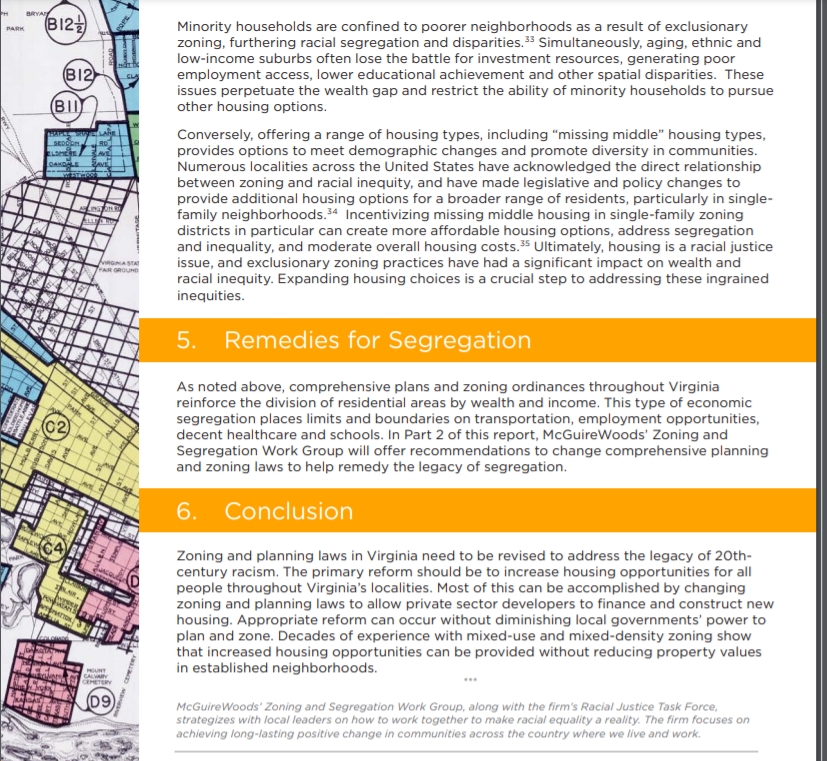 “Do You Live in a Political Bubble?” Here Are Some Maps of Virginia…

.@ChazNuttycombe - Believe It or Not, There *Still* Hasn’t Been a Single 2021 Virginia General Election Poll. Help Fund the First! ("At this point 4 years ago, we already had 14 hypothetical matchup polls between Ralph Northam and Ed Gillespie...") https://bluevirginia.us/2021/05/believe-it-or-not-there-still-hasnt-been-a-single-2021-virginia-general-election-poll-help-fund-the-first

With Just Over Three Weeks Until the 6/8 VA Dem Primaries, Here Are a Few Saturday Morning Endorsements…and Criteria For Endorsements in General https://bluevirginia.us/2021/05/with-just-over-three-weeks-until-the-6-8-va-dem-primaries-here-are-a-few-saturday-morning-endorsements-and-criteria-for-endorsements-in-general