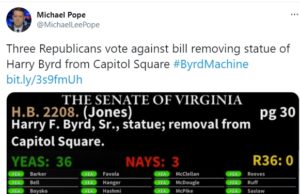 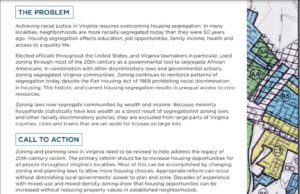 lowkell - February 16, 2021 0
Most of us look around our neighborhoods, towns, cities, counties and probably think it’s totally “natural” (e.g., things just evolved that way because of... 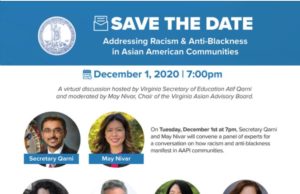 Blue Virginia - November 24, 2020 0
From Virginia Secretary of Education Atif Qarni, the following looks like an event that's well worth checking out on the important topic of combatting...

The Mystery of the Loyalty of the Republican Base

“The Color of Law” Definitively Proves that Government PROMOTED Segregation in...

lowkell - June 17, 2018 4
Most of us look around our neighborhoods, towns, cities, counties and probably think it's totally "natural" (e.g., things just evolved that way because of... 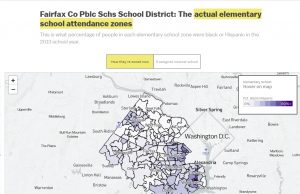 How Segregated Is Your City/County? Check Out These Maps by Vox...

lowkell - January 9, 2018 0
There's a fascinating post over at Vox examining segregation across the country, and specifically in school districts. According to Vox (bolding added by me...

Two of the striking things during yesterday's event to honor some former Staunton teachers: first, millennials were under-represented; next, the press did not cover it. Those deficiencies will affect politics for the next decade. These heroes of the segregation era and the struggle before equality may become forgotten relics.

"We must remember where we came from." - Sister Patsye Robinson

This was the second celebration of Staunton's teachers from that era: the first was for those who taught in the high school; this one focused on elementary teachers. Some of the honorees crossed through both based upon the needs of the segregated school district. The Staunton-Augusta African American Research Committee (many members are former students of the teachers) organized the efforts to remember them. Looking around the filled church hall at Mount Zion Baptist Church on North Augusta, the relevance of those times seems to only speak to those who lived them and most have or are approaching social security eligibility. That in itself is amazing because to us as students, being that age seemed so very far away when segregation was contemporary. In fact, there were days themselves that seemed like years when the fight for equality was as hot as the Viet Nam War.

To paraphrase Steve Allen, tragedy plus time equals humor. A lot of good humor was shared as these former teachers and an administrator passed the mike in turn. That reveals that there was tragedy in bushels to go around during those days but these educators persevered. It only follows that the oldest honoree (recently turned 90) made the most of the fun. How they have all matured with such grace and so little bitterness confounds. But their toil has been rewarded over the years in the pride of watching the children they helped shape grow into adulthood and by the admiring love of their former pupils.