See here and below for some interesting information from the Virginia Department of Elections on the 11/3/20 elections (h/t to @electproject for the “heads up” on this). As the report says, this was “an election year that was unprecedented in its challenges” – a presidential election, combined with “increased political polarization and a global health pandemic.” Also, adding to the complexity (albeit in a good way, overwhelmingly):

“The General Assembly passed numerous laws in both the Regular Session early in the year and in a Special Session in August that resulted in several significant changes to the administration of this election. Changes included no-excuse absentee voting and voter identification as well as eliminating the requirement for where a hospital is located in order to qualify to vote an emergency absentee ballot…

…Along with these changes, court actions required additional alterations to the election administration process. Plaintiffs were successful in actions that lowered the number of petition signatures required to qualify as a candidate, delayed the deadline for parties to certify nominees for certain offices, eliminated the witness signature requirement on absentee ballots, and imposed several other requirements that are detailed in this report”

So, there were lots of challenges, but in the end, as the report explains:

“Ultimately, the story of the 2020 General Election is a successful one for the Commonwealth of Virginia. With a record of more than 4.4 million people casting a ballot in a manner that provided the greatest degree of safety and comfort in the midst of a pandemic, issues will inevitably arise. However, by working together, planning in advance, and knowing and implementing best practices, the vast majority of problems are solved quickly and in a way that improves the voter’s experience.”

Nice job to everyone who worked on this and helped make it so successful! 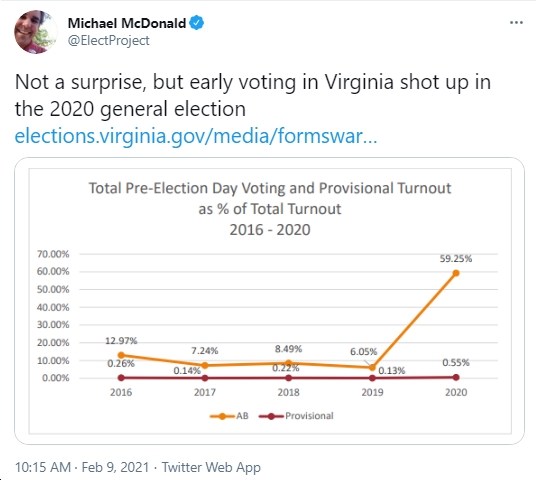 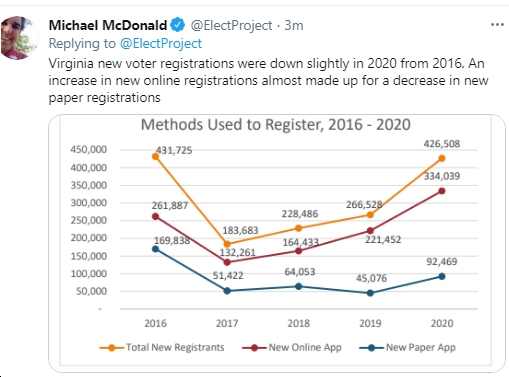 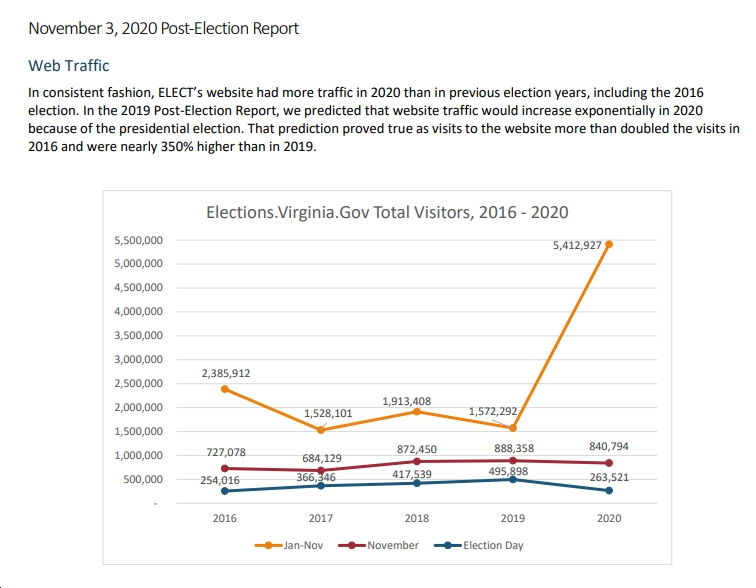 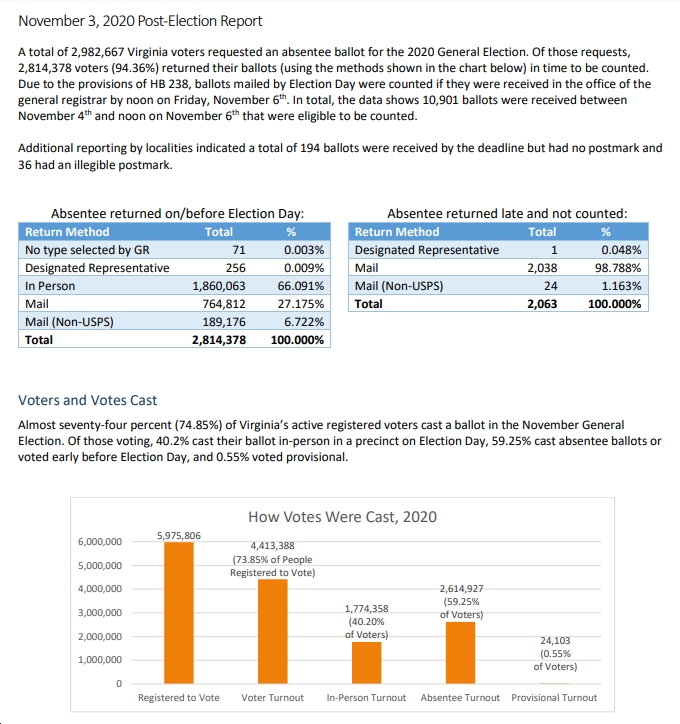 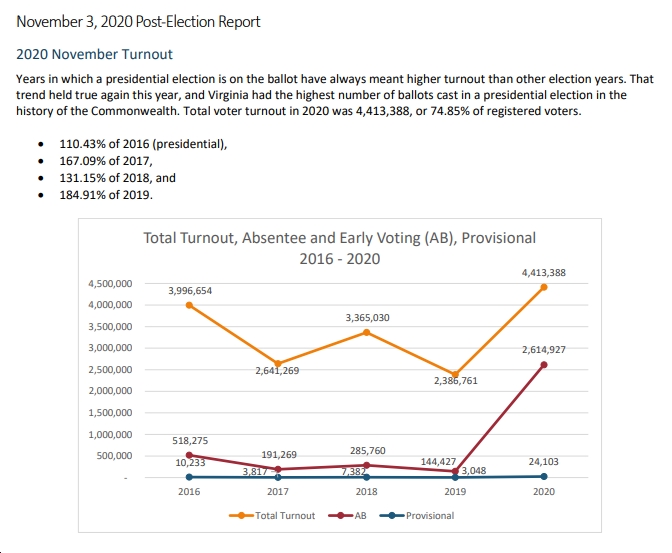 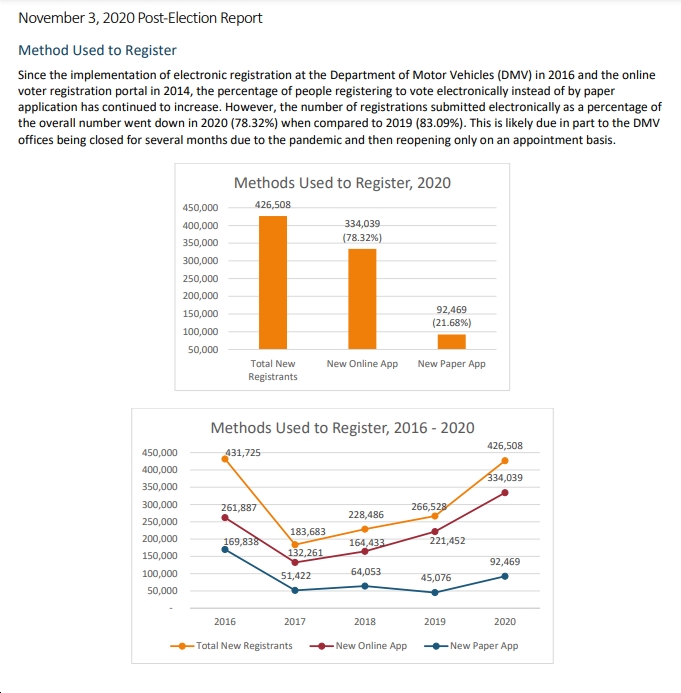 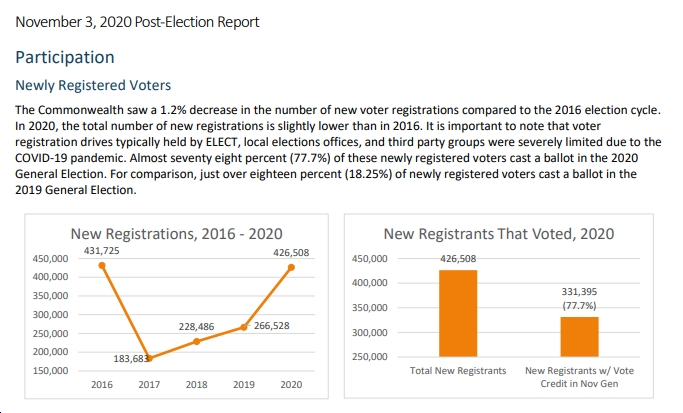