“was Attorney General of Virginia from 1986 until 1993, when she resigned to run for Governor of Virginia against Republican George Allen. Allen won the November 1993 election despite Terry’s early and significant lead.”

The final result of that election, per the Virginia Department of Elections, was George Allen 58.3%-Mary Sue Terry 40.9%. And yes, that was a huge mistake by Virginia voters, as Terry would have been an excellent governor, while Allen was a bad governor and a REALLY bad U.S. Senator starting a few years later. Fortunately, all of us who supported Jim Webb in 2006 helped stop Allen’s political career dead in its tracks.  As for Virginia having had a woman “fully run for Governor,” that obviously happened 28 years ago, despite what Amanda Chase feels like claiming…

P.S. Oh yeah, and of course there are not one but *two* women – State Sen. Jennifer McClellan and former Del. Jennifer Carroll Foy – who have been busy “fully running for Governor” this time around. 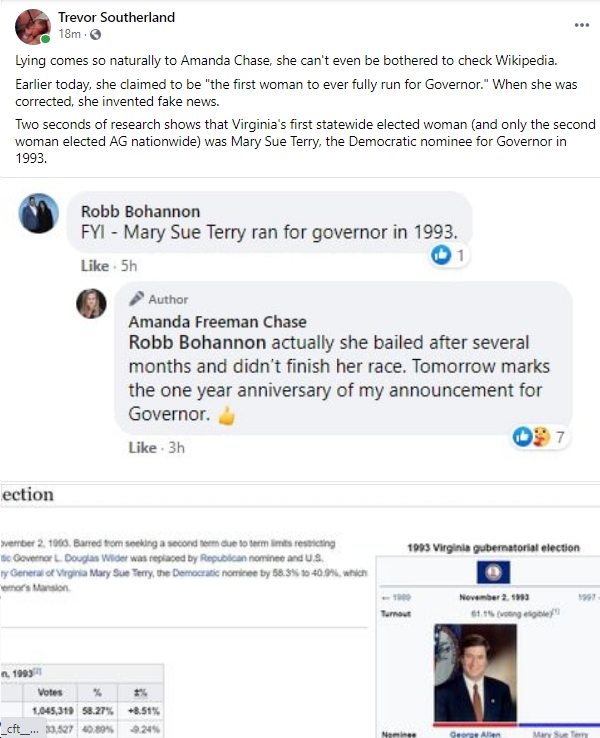 Video: At Mar-a-Lago, Former President Trump Says Amanda Chase Has “Done a Great Job,” Pledges to “Be With [Chase]” in Her “Next Campaign”