When it comes to the Virginia GOP, the fun never ends…at least from a Virginia Democrat’s perspective, haha. Check this out, from Republican gubernatorial candidate Sen. Amanda Chase, the frontrunner in basically every poll so far:

“So the RPV’s governing board chose a nomination process that is currently illegal under the Governor’s current executive order. We are headed toward 72 members of the [Republican Party of Virginia’s State Central Committee – SCC] choosing our statewide nominees. IF and ONLY IF this happens, I will declare the Republican Party is dead and start the Patriot Party, seek the nomination as an independent candidate…Running as an independent only splits the vote and is a guarantee of 4 more years under Democrat [sic] rule.” 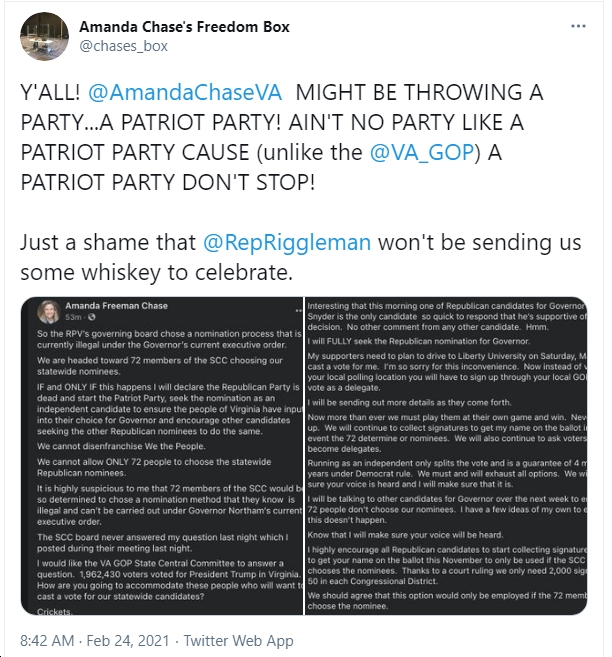 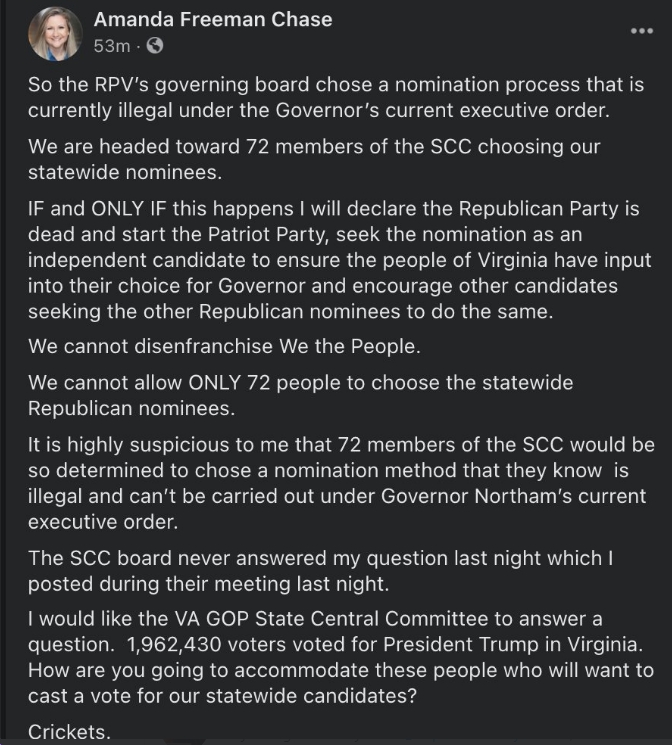 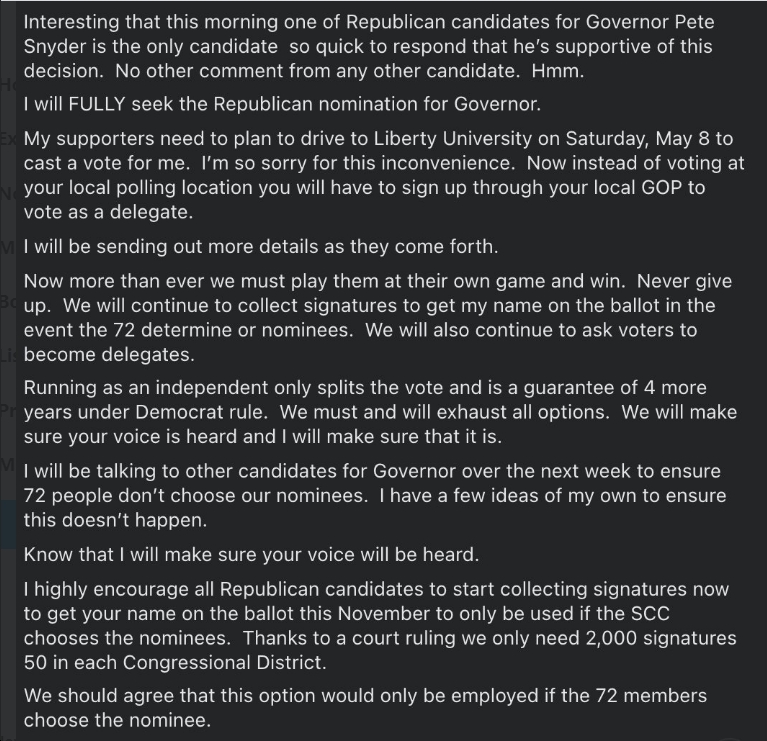