Former/two-term Virginia Lt. Gov. Bill Bolling (R) – who ditched his own gubernatorial bid in 2013 when the Virginia GOP went with a convention rather than a primary, basically guaranteeing a win by Ken Cuccinelli – explains what’s going on this time around. Specifically, Bolling answers the question, “why would a candidate like Amanda Chase want a primary vs a closed party convention?” And the answer is…

“Strategists believe that a candidate like Chase could potentially win the nomination with 25-30% of the vote in a four way primary, but she would never be able to put together 50.1% of the vote in a convention.” Also, “Republican leaders know that a candidate like Chase cannot win a statewide campaign, and they will do everything they can to assure that she is not the nominee.”

Sounds about right. FAR right, that is. Heh. 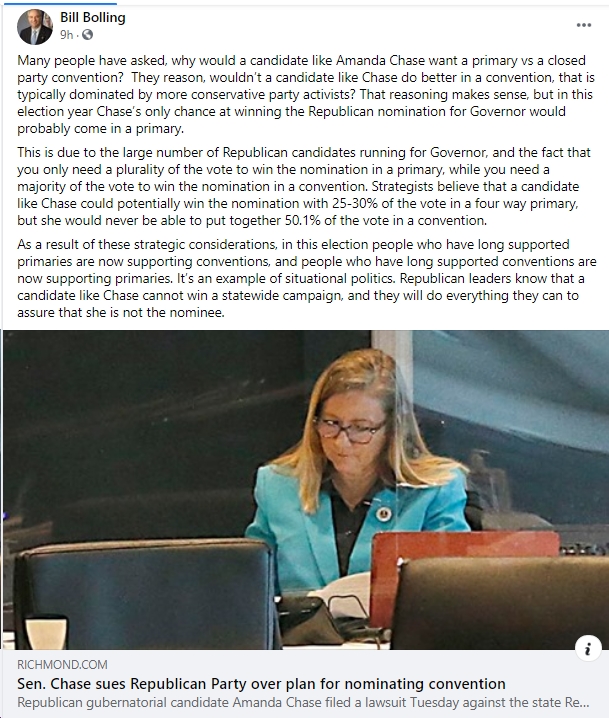