Virginia has conducted more executions than any other state in U.S. history

RICHMOND, VA—Today, the Virginia House of Delegates passed a measure to abolish the death penalty. HB 2263 would eliminate capital punishment sentencing in the Commonwealth, and convert existing death sentences to life in prison without parole.

If signed into law by Governor Ralph Northam, who is committed to ending this sentencing practice, Virginia would become the 23rd state in the United States and the first Southern state to abolish the death penalty. The Commonwealth has executed 1,389 people since 1608. One hundred thirteen of these death sentences have been carried out since 1976, making Virginia second only to Texas in executions since the death penalty was reinstated. The Senate companion bill, SB 1165, passed the Senate 21-17 on Wednesday, February 3, and that legislation has been referred to the House Courts of Justice Committee.

“The death penalty is an antiquated, expensive, inhuman punishment that does not aid in crime deterrence or advance public safety, but it does disproportionately impact people of color in our country. Eliminating the death penalty is yet another step House Democrats have taken to reform our justice system in the Commonwealth,” said House Majority Leader Charniele Herring. “I’m proud to be a Chief Co-Patron on this bill to finally put an end to the death penalty in Virginia.”

Since 1989, of the 53 people exonerated after being wrongly convicted of crimes in Virginia, more than half were Black. Over the past 48 years, more than 170 people (92 of them Black) who have been sentenced to death in the U.S. have later had their convictions reversed after being found innocent.

“There are many arguments for why we should abolish the death penalty. These arguments touch on everything from the moral implications of the death penalty, to its ineffectiveness, to its cost,” said Delegate Mike Mullin, the patron of HB 2263. “The argument that speaks to me, and the one that keeps me up at night, is that as long as the death penalty remains in place we run the risk of executing an innocent person.”

This legislation falls within the new House Democratic majority’s mission to build a better Virginia, which includes reforming the Commonwealth’s criminal justice system. During the 2021 Regular Session, House Democrats have passed measures to establish automatic expungement, restore the political rights of felons who have completed their sentences, and legalize marijuana.

“The Virginia House Democrats are focused on bringing the Commonwealth into the 21st century. This includes updating our code with more enlightened and informed approaches to our criminal justice system that reflect some unfortunate realities — including the reality that sometimes innocent people are convicted,” said House Democratic Caucus Chair Rip Sullivan. “The passage of this bill is a credit to the dedication of Caucus members who have been persistent champions seeking to create a more just and equitable Commonwealth.” 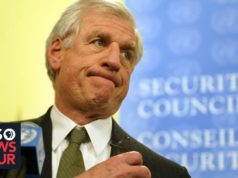