A new poll is out this morning from the Wason Center for Civic Leadership at Christopher Newport University, and as usual it shows that the majority of Virginians – in several cases the LARGE majority – agree with Democrats, not Republicans, on the issues. See below for some highlights and for the Wason Center’s polling memo. 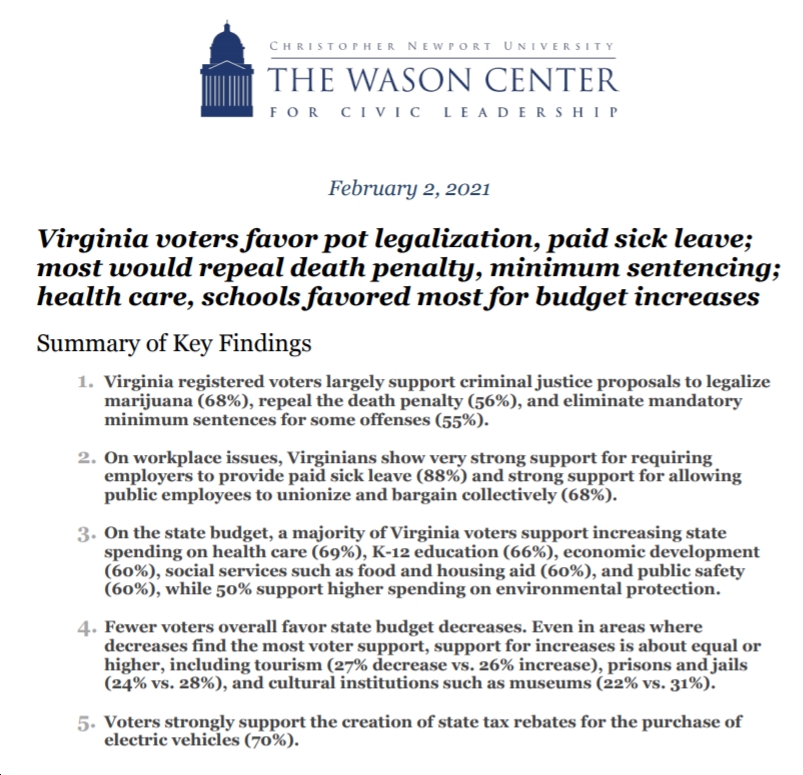 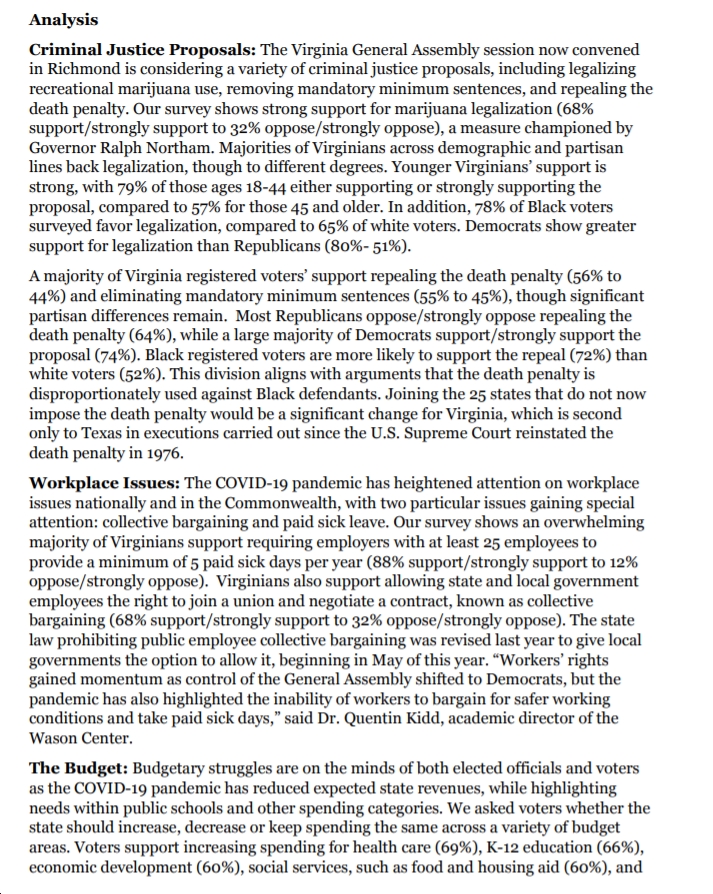 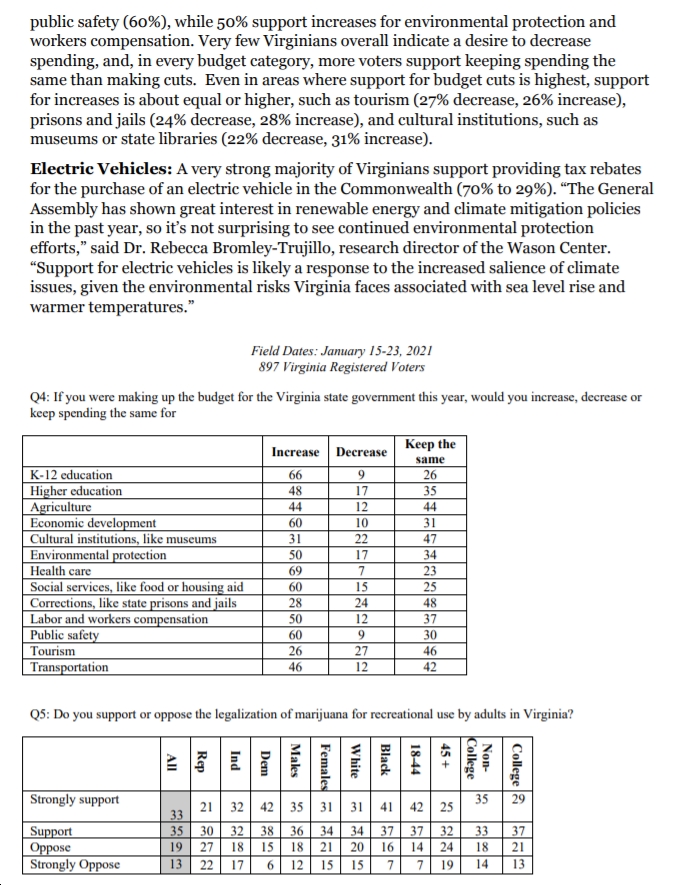 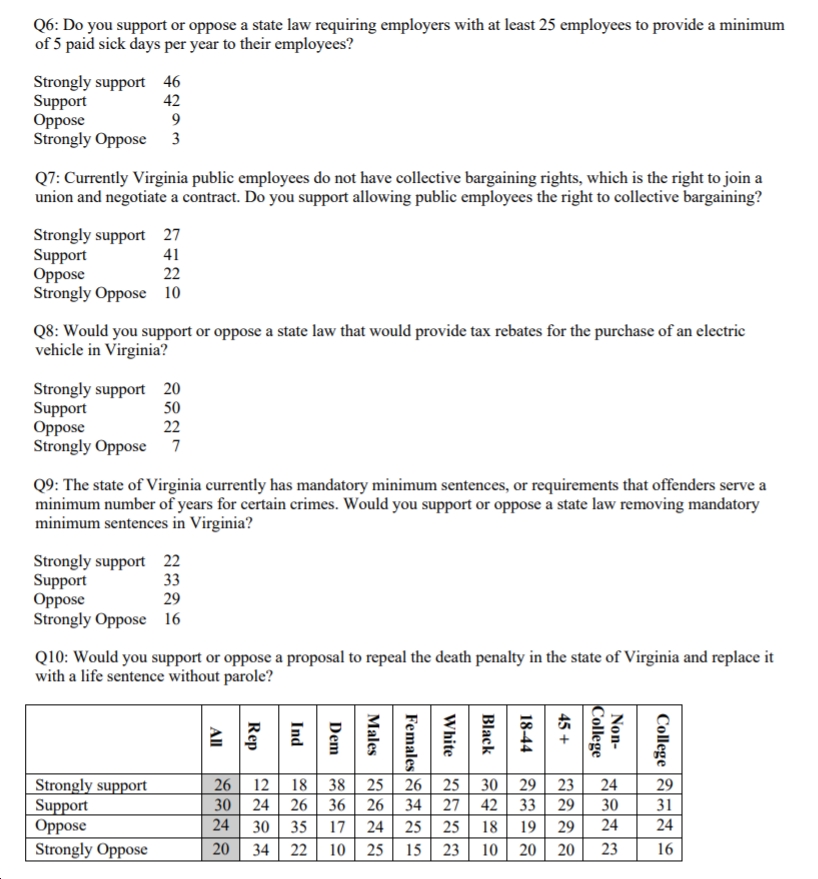