This whole thing is really weird, as the condemnations of the Virginia GOP National Committeewoman are for purported anti-Semitism/bigotry, but what Patricia Lyman actually appears to have done is to (falsely, absurdly) compare the impeachment trial of Trump in the U.S. Senate to a Nazi show trial, claiming that at least with Nazi show trials, “some of those tried…may have been actual criminals.” Which, in its own way, of course, is also highly offensive and extreme, not to mention brain-dead stupid, even if it’s not anti-Semitic or racist, as the VA Teen Rs, former Rep. Riggleman, etc. claim.

As for what Lyman actually posted, it’s absurd because – in fact – there’s massive, overwhelming evidence that Trump is guilty as charged, and that the ONLY reason he wasn’t convicted is because 43 pathetic, cowardly and/or authoritarian Republican Senators didn’t care WHAT evidence was presented – they were going to vote to acquit their Dear Leader no matter what. Heck, Senate Republican Leader Mitch McConnell even stated after voting to acquit that Trump was guilty as sin. The bottom line is that the Republican Party is completely broken – and probably not fixable – any way you look at it. 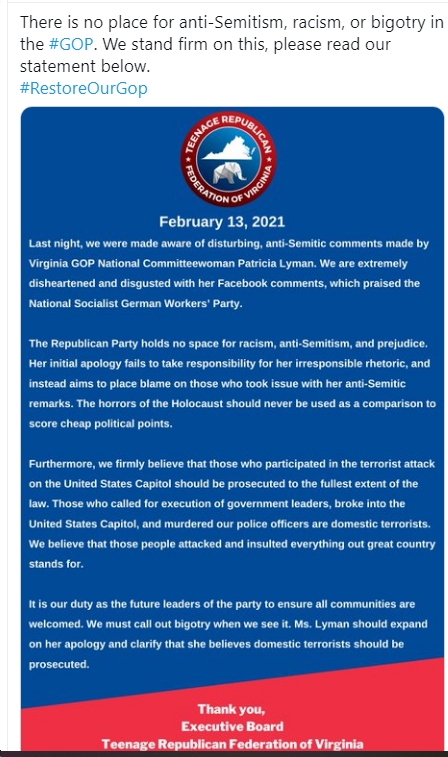 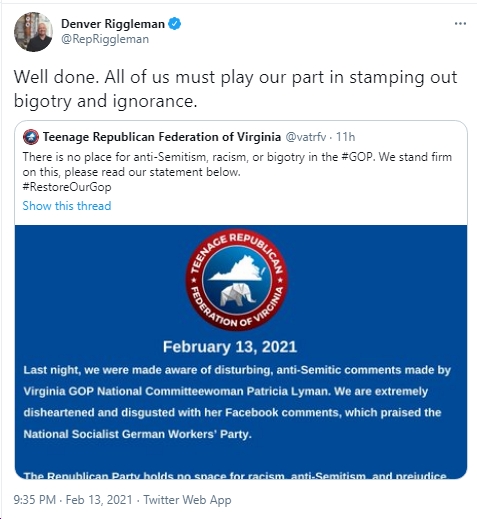 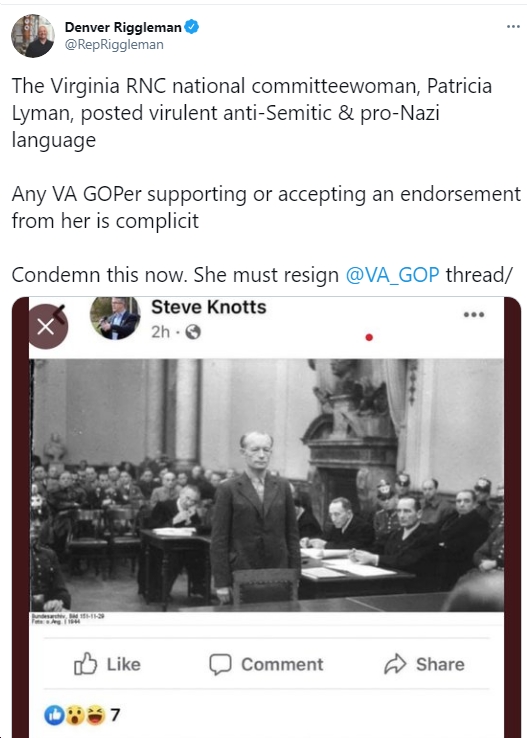 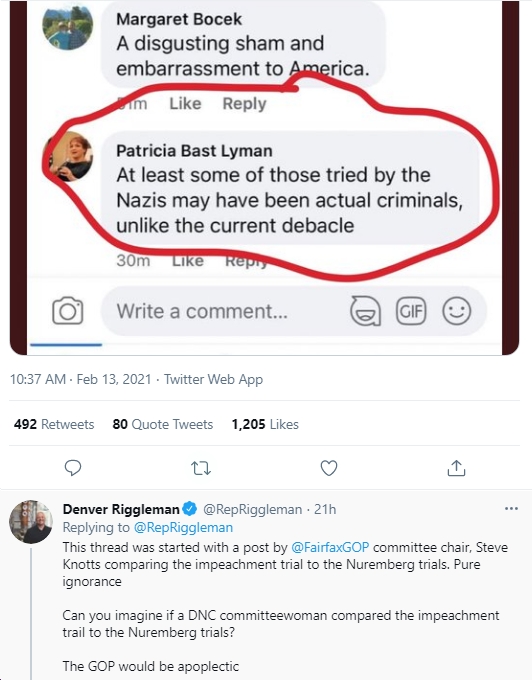 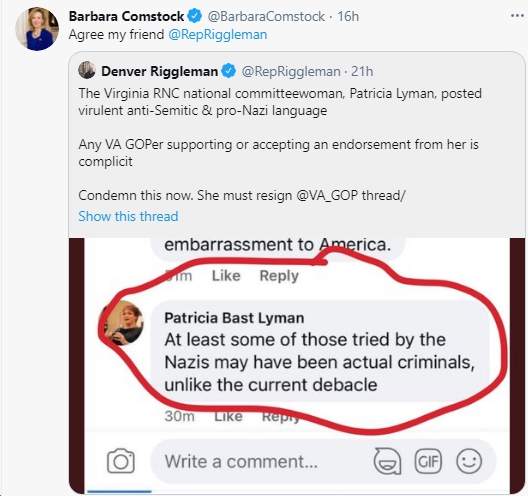 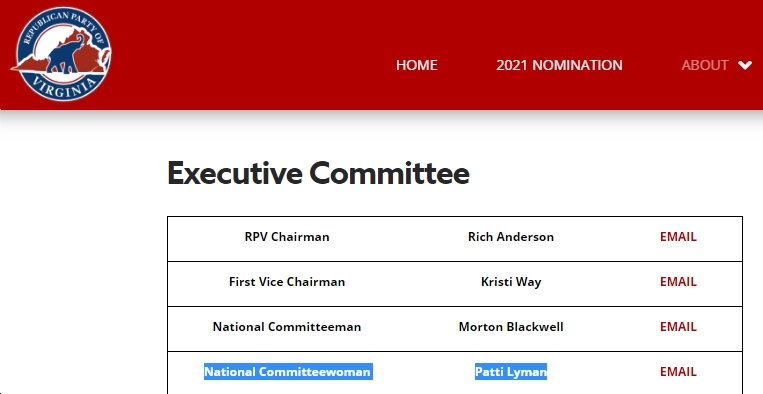