Rep. Zoe Lofgren (D-CA19) has released a “Social Media Review” “list[ing] public social media posts from Members of the U.S. House of Representatives who were sworn-in to office in January 2021 and who voted to overturn the 2020 presidential election.” As Rep. Lofgren writes, “any elected Member of Congress who aided and abetted the insurrection or incited the attack seriously threatened our democratic government…would have betrayed their oath of office and would be implicated in the same constitutional provision cited in the Article of Impeachment [which] prohibits any person who has previously taken an oath as a member of Congress to support the Constitution but subsequently engaged in insurrection or rebellion from serving in Congress.”

That, of course, applies to the four Virginia seditionist Congressmen – Reps. Rob Wittman (R-VA01), Bob Good (R-VA05), Ben Cline (R-VA06) and Morgan Griffith (R-VA09) – whose social media posts leading up to and following the January 6, 2021 insurrection can be seen below.  Even if they’re not expelled from Congress, by the way, none of these Republicans should ever be taken seriously again, on ANY subject, nor should they be reelected of course. Whatever else happens to them, the bottom line is that their behavior before January 6th, on January 6th and since January 6th has exposed them for what they are – seditionists who betrayed their oaths of office to defend and protect the constitution of the United States. This should never be forgotten or forgiven. 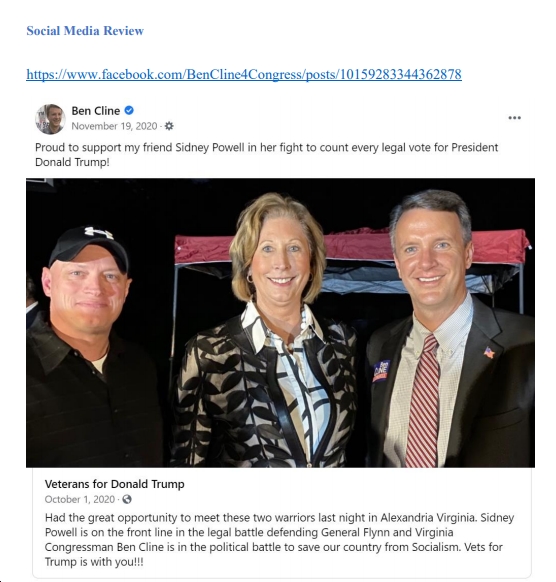 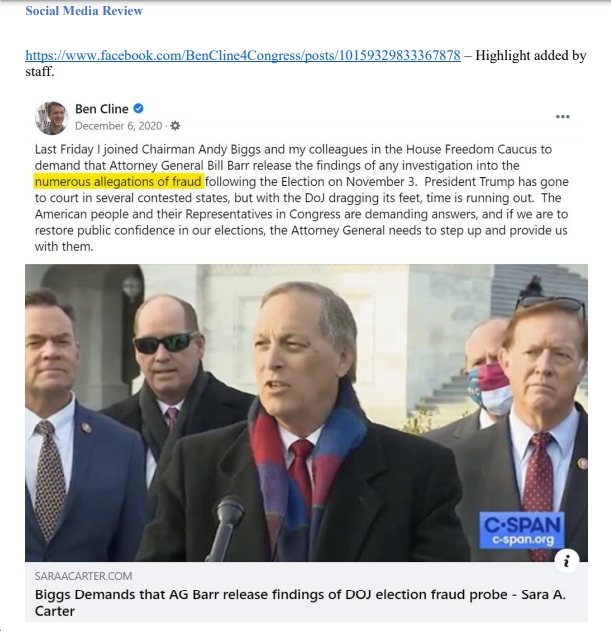 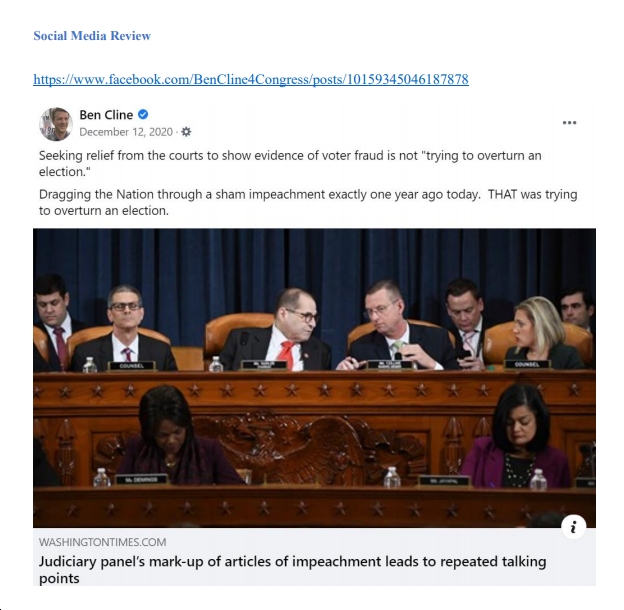 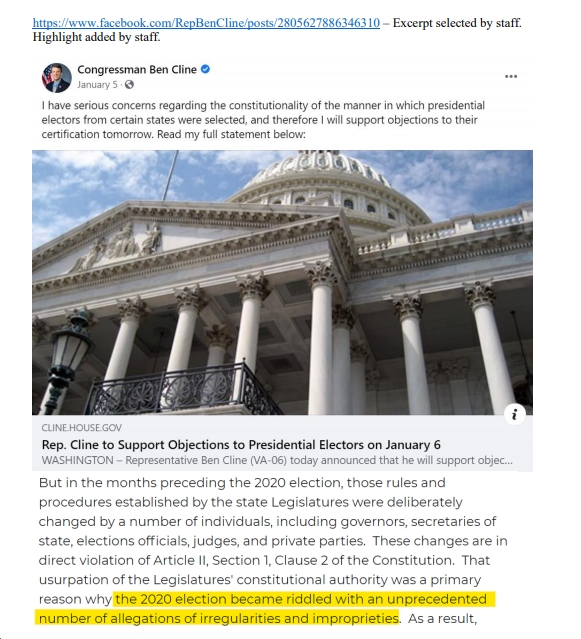 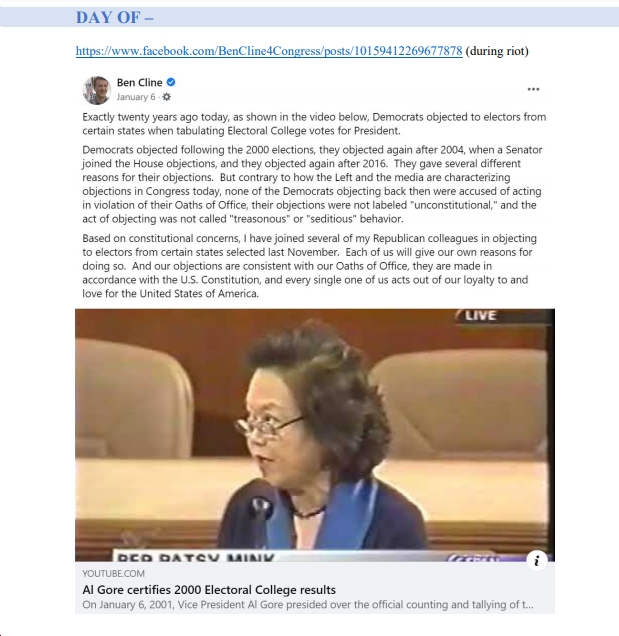 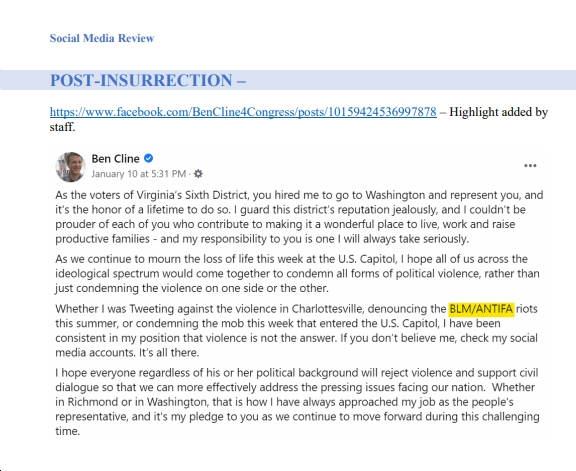 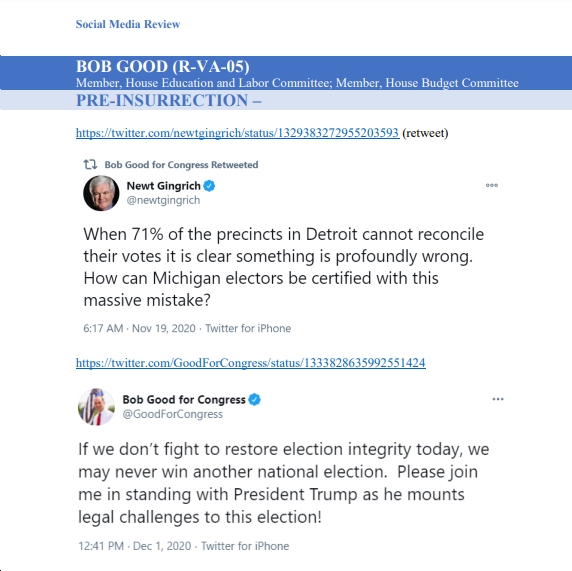 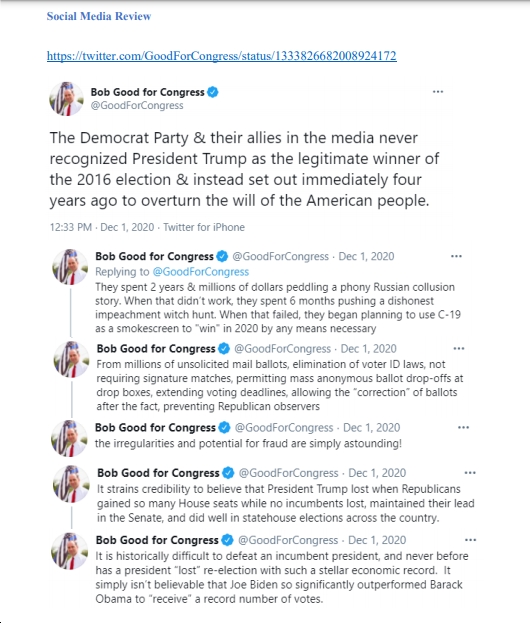 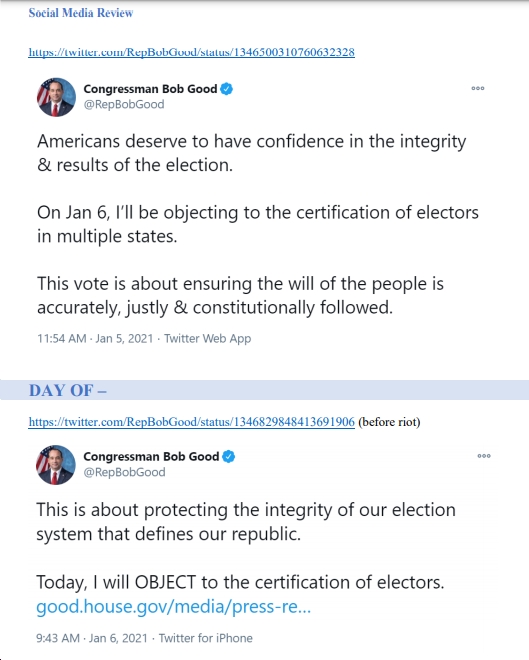 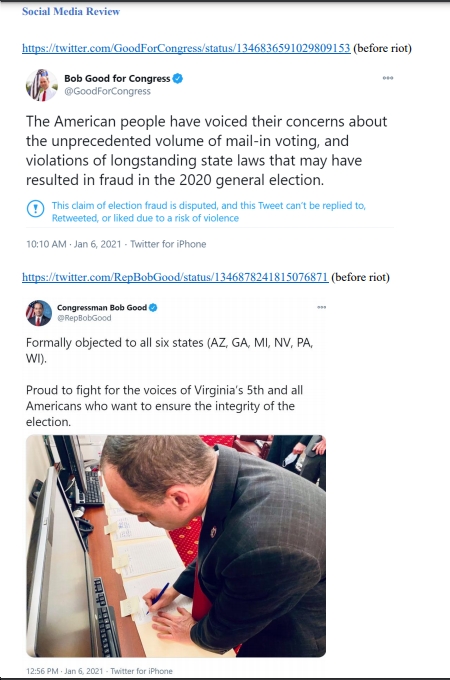 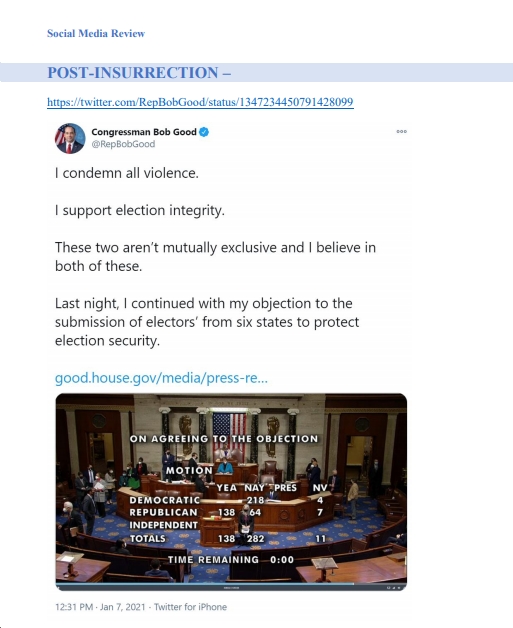 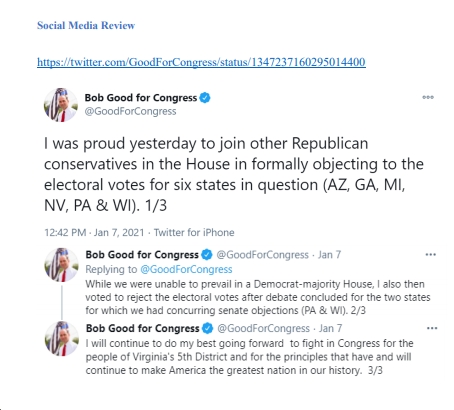 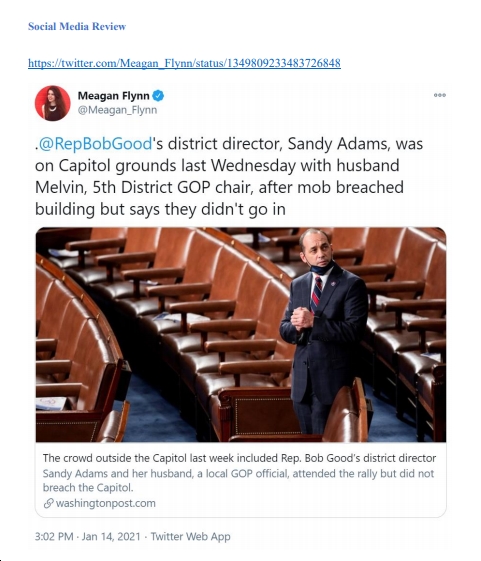 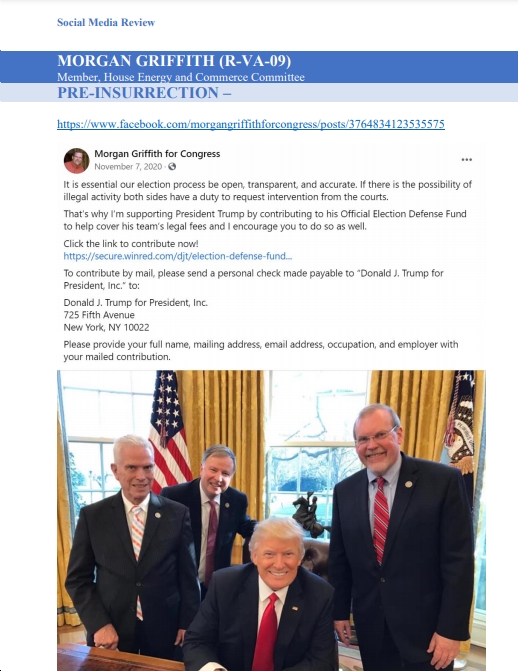 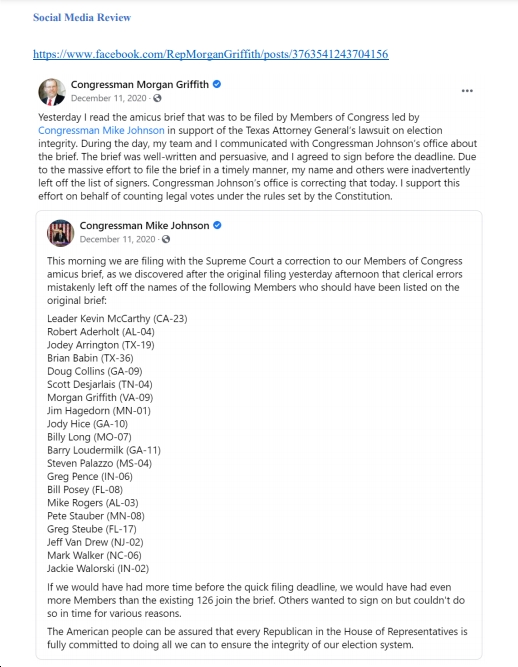 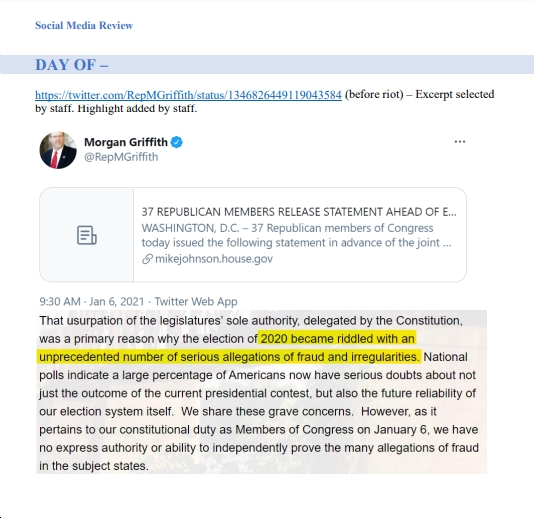 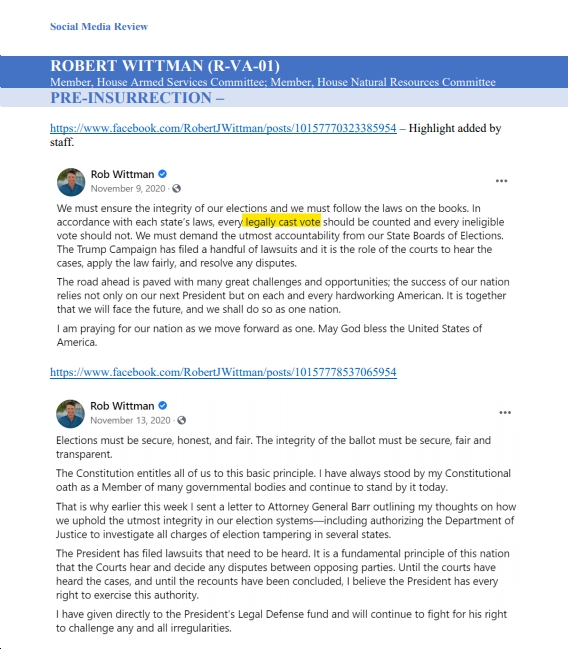 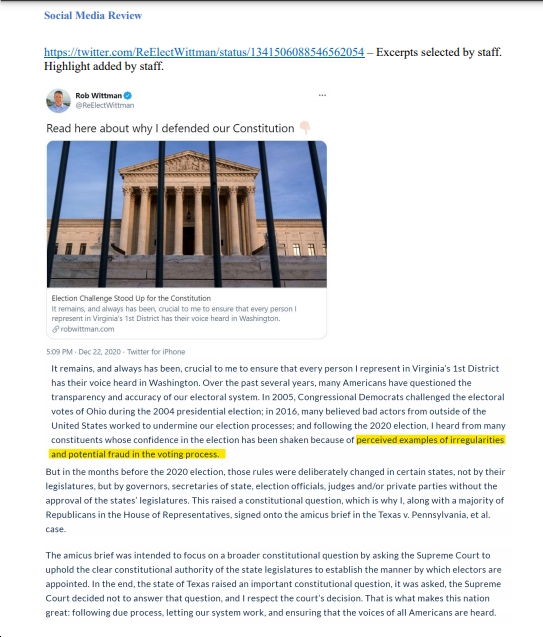 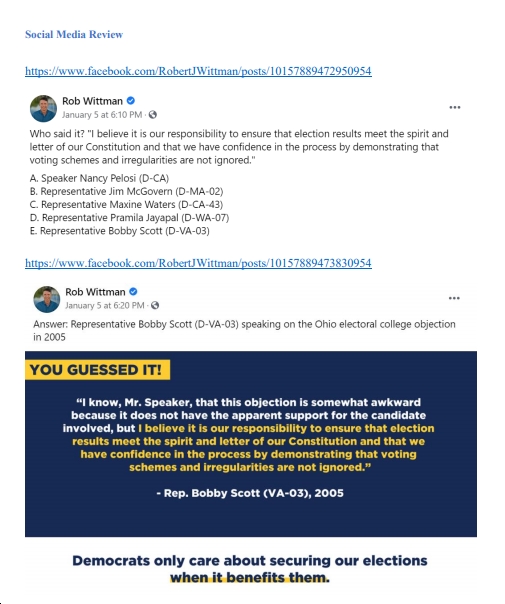 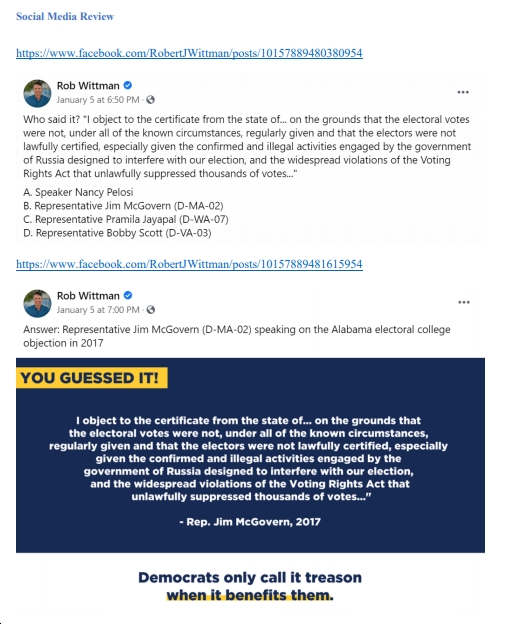 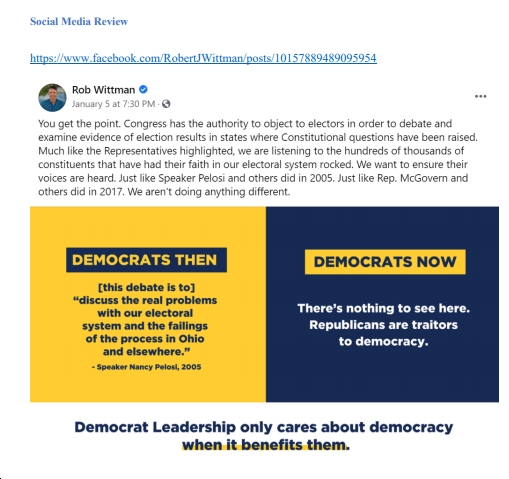 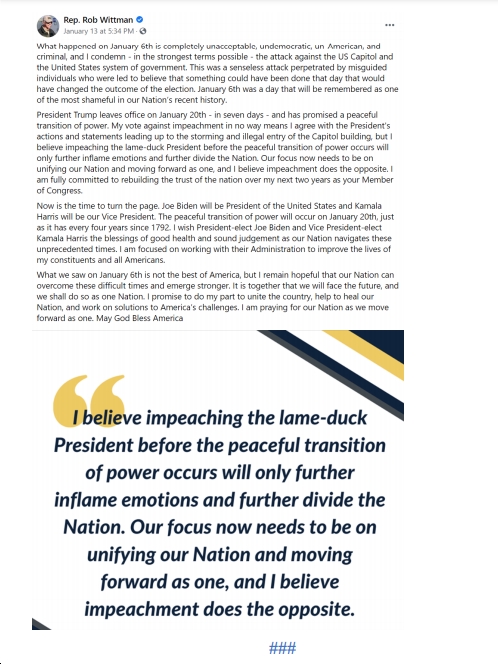