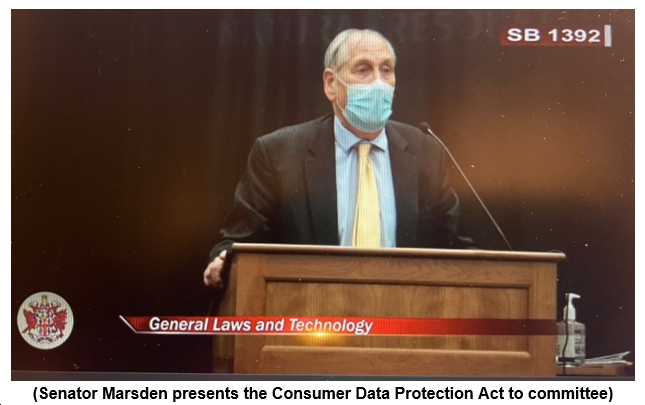 Earlier this week, Virginia Governor Ralph Northam signed my Senate bill SB 1392 and HB 2307 – the Consumer Data Protection Act. This is the first omnibus data privacy bill to give consumers control and rights over their data that is held by companies that control or process consumer data.

Virginia’s new Consumer Data Protection Act provides requirements for the controllers (owners) of the data and those who utilize or process that data. The Attorney General will enforce violations of the requirements, which alleviates the burden on citizens from potentially expensive efforts to protect their data from inaccuracy and misuse, while treating all consumers equally, rich or poor.

Once again, we see the value in a forward-thinking Democratic majority, with the legislature securing rights for consumers as data becomes more and more of a commodity. These new data protections constitute great progress, as there are now clear standards for those who use our consumer data and those who profit from it. Many of the previous “standards” could be found in impossibly long Terms of Service, which are kept and updated exclusively by the data processing companies. Terms of Service contracts with users are often too cumbersome and one-sided for effective enforcement to protect consumers.

In a statement on the day the bill was signed into law, I told Governor Northam that “this omnibus bill is clear, concise, and holds companies accountable for protecting consumer data in providing protections for consumers.” Over the past few days, this bill has received extensive national attention, and our office has seen an outpouring of press interest as well as appreciation from individuals around the country for taking this important step.

A replica bill is now making its way through the Utah legislature, after having been introduced by Utah State Senator Kirk Cullimore in February 2021. More states are expected to follow suit, and we are excited to see such momentum for action and change across the nation. Virginia is leading the way.

The law will take effect in Virginia on January 1st, 2023, which will allow time for the momentous effort and preparation that American businesses will have engage in to comply with the law. The House patron, Delegate Clifford Hayes, and I will be on a Consumer Data Protection Act workgroup that was called for in the bill to ensure that we continue to listen to the public and make refinements that will strengthen this new law.

Virginia is a technology giant and leader in internet traffic, and we are now a leader in protecting the rights of consumers while allowing all of us to benefit from the commerce it has created.