Today, H.R. 51– to admit the District of Columbia as a state – is being considered in a U.S. House Oversight Committee hearing. See below for comments by Rep. Gerry Connolly (D-VA11), who strongly supports admission of D.C., and who this afternoon demolished Republican “arguments” (in air quotes). Check it out:

“Thank you madam chairwoman, and thank you Eleanor Holmes Norton for your implacable support for righting this wrong. This issue today is really about democratic unfinished business; it’s not really about so much of what has been discussed. My friend Jody Hise criticizes DC as not being viable because it doesn’t have car dealerships – not true by the way, it does – and it doesn’t have a landfill. So now we’re going to have a new test for statehood, do you have a landfill? The absurdity of the arguments being propounded on the other side of the aisle are all subterfuge. And I’m grateful for our last questioner on the Republican side, my friend Ms. Fox, for actually letting the cat out of the bag this is about race and partisanship and affiliation. She asked a series of questions of the mayor of the District of Columbia that I think were profoundly inappropriate, to characterize how people might vote were they granted the right of statehood to have two senators, and what kinds of particular philosophical attitudes those two senators might have. We have never made partisanship a condition of statehood…Congress exercised broad power not only to admit a state but to decide on the physical configuration of that state…

Madam chairwoman, I grieve at what’s happened to the party of Lincoln, the party of emancipation…You have to look at what we’re discussing in the context and the context on the other side of the aisle tragically is about voter suppression. 200 bills have been introduced in 43 states since the election last November to restrict, repress, suppress the vote the ability of people to vote early and with facility. In fact, in Mr. Hise’s home state of Georgia, we have seen some of the most repugnant bills since Jim Crow to do just that – restrict the vote. And I think we have to be looking at this issue, of whether we continue to restrict the vote in DC, in that context. We’re either about empowerment and winning elections fairly and squarely by competing — or we’re not. We are either the world’s greatest democracy — or we cherry-pick who enjoys the benefits and blessings of that democracy. This is a wrong, based in race, based in very sordid history that is long overdue to be righted. Let’s do the right thing. Let’s stop arguing about false history. Let’s stop the subterfuge. And let’s empower the 712 000 fellow Americans to exercise their American right to make their choice any way they wish in a free election that empowers them as a state.” 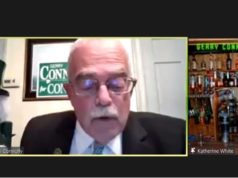 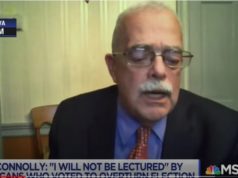