See below for video, tweets, a press release from VA NORML, etc., following today’s debate and votes in the Virginia House and Senate in support of Gov. Northam’s amendments to the marijuana legalization bill. That includes moving up legalization of simple possession from 2024 to July 1, 2021. Not surprisingly, this was all done by Democrats, with Republicans basically just fearmongering about the supposed evils of marijuana, pro-labor provisions in the legislation, blah blah blah. Luckily, though, Republicans are not in charge, so this got done, and Virginians will almost certainly be better off because of it. Nice job Democrats! 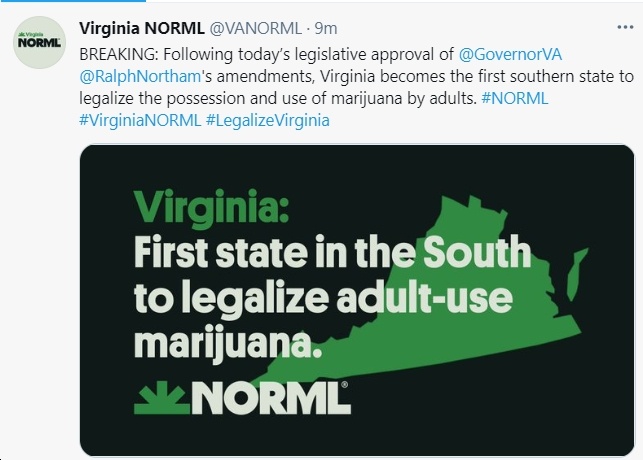 Senate Bill 1406, introduced by Senator Adam Ebbin (D-30) and Senate President Pro Tempore Senator Louise Lucas (D-18), and House Bill 2312, patroned by House Majority Leader Delegate Charniele Herring (D-46), establish a statutory timeline for the legalization of the commercial marijuana market in Virginia. The measure also permits for the personal possession and cultivation of cannabis by those ages 21 or older.

Last week, Gov. Northam recommended changes to the legislation to permit the personal use provisions of the law to take effect on July 1, 2021 rather than on January 1, 2024 — the enactment date initially approved by lawmakers. Today, a majority of the legislature concurred with that change.

Therefore, beginning July 1, 2021, adults will be permitted to possess up to one ounce of marijuana and to cultivate up to four cannabis plants per household without penalty.

The timeline by which state regulators have to enact provisions licensing commercial cannabis production and sales remains July 1, 2024.

Commenting on the final passage, NORML Development Director Jenn Michelle Pedini, who also serves as the Executive Director of Virginia NORML, said: “This is an incredible victory for Virginia. Legalization will bring an end to the thousands of low-level marijuana infractions occurring annually in the Commonwealth — ending a discriminatory practice that far too often targets Virginians who are young, poor, and people of color.”

Majority Leader Charniele Herring added: “It is a huge day for equity in the Commonwealth. Virginia is now the first state in the South to legalize recreational marijuana use, and I am so proud to have been able to carry this monumental legislation. I am ever grateful for the commitment and advocacy from NORML on this topic. Getting Virginia to this day would not have been possible without their hard work and dedication to the cause.”

Senator Adam Ebbin said: “The passage of SB1406 caps off years of struggle to reform our broken and outdated marijuana laws and begins the deliberate steps to repeal the harms of the failed prohibition. I am thankful to NORML, the Governor, and my colleagues for moving this 283 bill from inception to passage over the last four months, and look forward to continuing to partner with them to establish a regulated, equity focused, adult-use marketplace in the coming years.”

“Virginians were very clear that they are ready for legalization this year, sending over 8,800 emails in support of these measures,” Pedini added.

The bill also allows for the resentencing of individuals currently incarcerated for marijuana-related offenses. The measure permits these individuals to have a hearing before the court that originally sentenced them, with legal counsel provided for indigent individuals. However, this portion of the bill must be reenacted in 2022.

The legislation also establishes an independent agency, the Virginia Cannabis Control Authority, to oversee the establishment of regulations that will govern the adult-use market. This agency is set to convene this summer. The remainder of the 300-page bill, which details the regulatory and market structure and social equity provisions, is subject to a second review and vote by the Assembly next year.

“NORML worked closely with the bills’ sponsors and with the Attorney General to provide substantial amendment language to Governor Northam,” Pedini added. “While a number of important improvements were made, we’re disappointed that Virginia is not following the common-sense pathways previously established by other states that have successfully expanded from medical-use to adult-use. In the interest of public and consumer safety, Virginians 21 and older should be able to purchase retail cannabis products at the already operational dispensaries in 2021, not in 2024. Such a delay will only exacerbate the divide for equity applicants and embolden illicit activity. NORML remains dedicated to continuing to our work with lawmakers and regulators to advance legislative reforms that are most closely aligned with the views of the majority of Virginians who desire a safe, legal cannabis market.”

In recent days, Governor Northam has approved multiple medical cannabis measures permitting dispensaries to provide botanical formulations of cannabis, expanding telehealth access for patients, and protecting registered patients who use cannabis in their off-hours from discrimination in the workplace. In total, Governor Northam has approved 41 cannabis-related bills during his term.

NORML advocates for changes in public policy so that the responsible possession and use of marijuana by adults is no longer subject to criminal penalties. NORML further advocates for a regulated commercial cannabis market so that activities involving the for-profit production and retail sale of cannabis and cannabis products are safe, transparent, consumer-friendly, and are subject to state and/or local licensure. Finally, NORML advocates for additional changes in legal and regulatory policies so that those who use marijuana responsibly no longer face either social stigma or workplace discrimination, and so that those with past criminal records for marijuana-related violations have the opportunity to have their records automatically expunged.

Find out more at norml.org and read our Fact Sheets on the most common misconceptions and myths regarding marijuana policy. 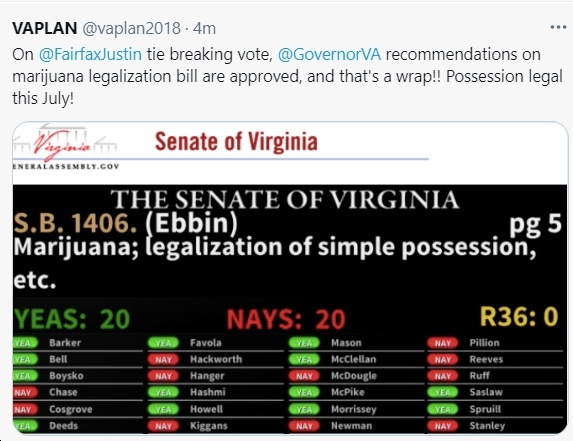 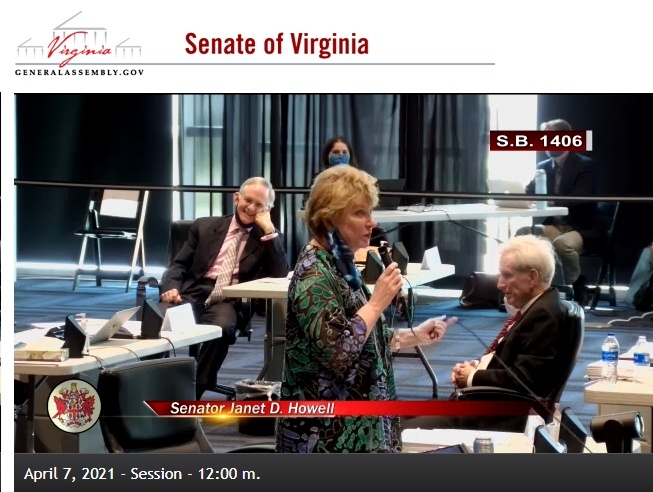 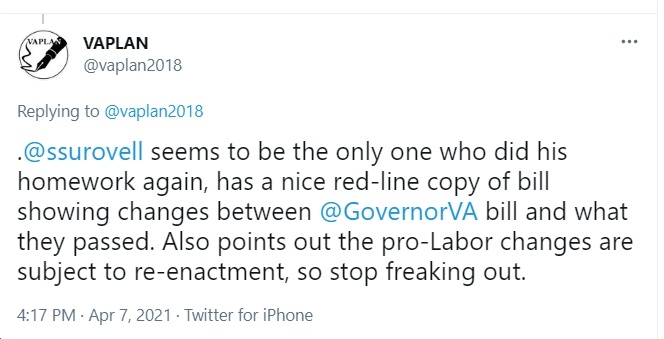 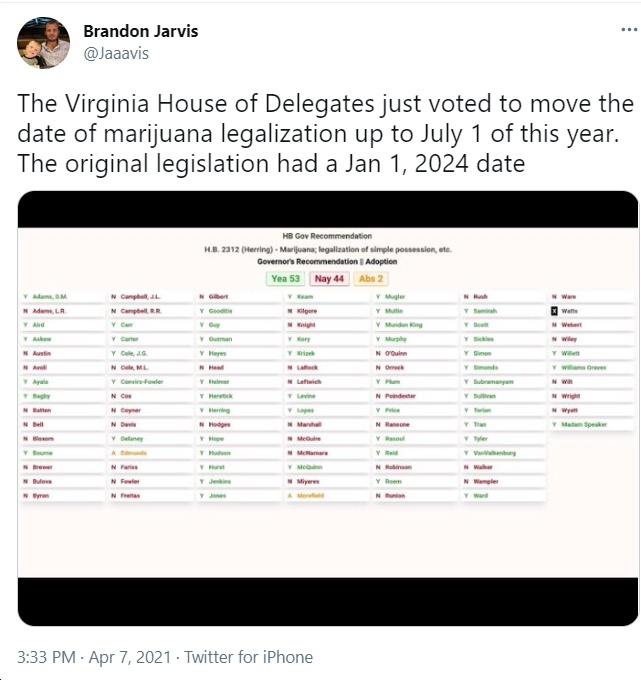 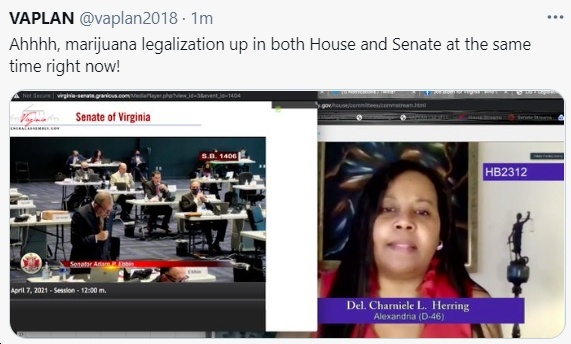 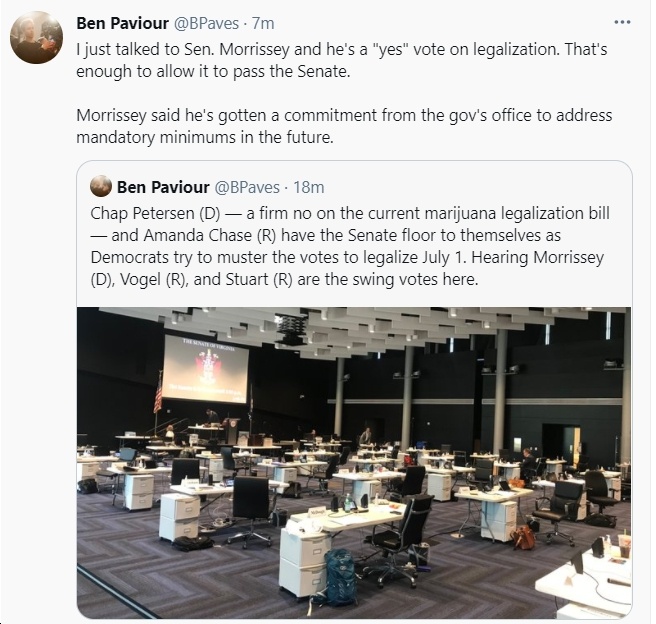 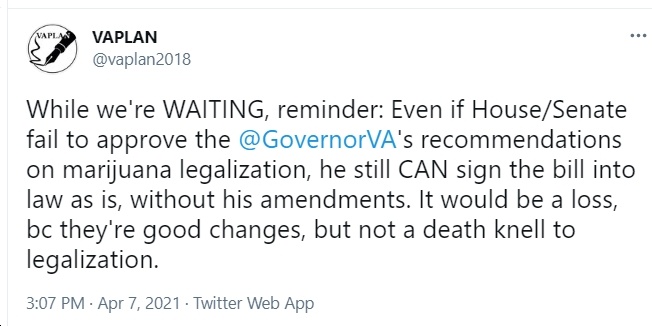 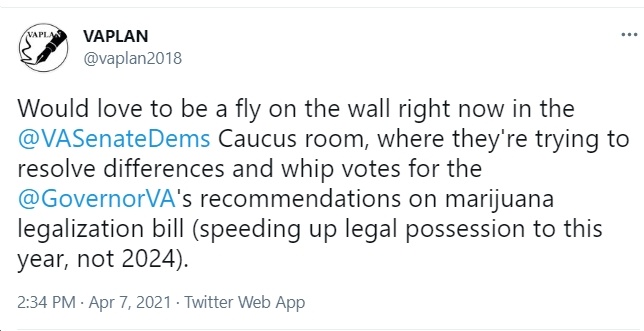