h/t to Mike O’Boyle of Energy Innovation for highlighting the new paper, 2030 Report: Powering America’s Clean Economy, which finds that:

“…achieving an 80 percent clean electricity grid by 2030 is technologically feasible, would not raise customer costs or compromise reliability, and would deliver major benefits including $1.5 trillion in clean energy capital investments and $100 billion in transmission capital investments, while avoiding over $1.7 trillion in health and environmental costs, including 93,000 avoided premature deaths. Modeling data is available here.”

Let’s say that again – we can definitely get to 80% clean electricity by 2030, and not only wouldn’t it cost us, it would be a massive net *benefit* in a wide variety of ways, including health, environment, economic…you name it really. Check out the report, as well a few highlights, below.

Specifically regarding Virginia, note that we are listed in the report as #6 in “Top-15 States by New Clean Energy Investments in the 80% Clean Case (2021-2030 total),” with 47 gigawatts (GW) in new solar, wind and power storage capacity, driving investments of $59 billion. As the report explains:

“Because of the deep reduction in the wind and solar prices, renewable energy investments are found to be cost effective throughout the country, including states with significant existing coal and gas capacity. This implies significant job gains and opportunities for a just transition from fossil fuels.”

So what does all this imply for Virginia policymakers? As this new study explains:

Right now, of course, the Virginia Clean Economy Act (VCEA) has been the law in Virginia since Gov. Northam signed it last April. Among other things, VCEA calls for “Dominion Energy Virginia to be 100 percent carbon-free by 2045 and Appalachian Power to be 100 percent carbon-free by 2050.” As for 2030, VCEA requires “Phase 1 Utilities” (aka, Appalachian Power) to hit 30% renewable energy, and “Phase 2 Utilities” (aka, Dominion Energy) to reach 41%.

Now, obviously, those percentages aren’t even *close* to 80% clean electricity by 2030. However…to make this an “apples-to-apples” comparison, you have to add in nuclear power as well, since the new report defines that as “clean” (e.g., not emitting greenhouse gases), and Virginia has a lot of nuclear power – about one third of Virginia’s total electricity generation as of January 2021, according to the US Energy Information Administration. That would get us a lot closer to 80% “clean” power by 2030…but still not quite there for Dominion Energy (very roughly, 41%+33%=74%) or Appalachian Power (also very roughly, 30%+33%=63%).

So, clearly VCEA could (and should) be tweaked to make it more aggressive than it currently is, given the urgency of the climate crisis – and the need to *treat it as a crisis* – combined with plummeting costs for solar and wind (not to mention the cheapest form of power, which is energy efficiency). So which legislators are going to sponsor this legislation for the 2022 Virginia General Assembly session? Or, hell, why not just hold a special session *this year* to deal with this, given the fact that this is both a crisis and a massive opportunity for our state, if we just seize it?!?

P.S. It should go without saying that Virginia should not build any more fossil fuel infrastructure. If it requires an outright moratorium in law to make sure this is the case, let’s pass that.

P.P.S. On a related note, see today’s NY Times op-ed, “The Wind and Solar Boom Is Here,” which explains, “Faster than many thought possible, and despite long doubt about renewable energy’s practicality, a momentous transformation is now well underway. We are moving from a global economy fueled primarily by climate-warming fossil fuels to one in which we will cleanly pluck most of our energy out of water, wind and the fire in the sky.” Also, note that “renewable energy is based on technologies that get cheaper as we make more,” and that “the transformation will be an economic bonanza — many analysts predict huge job creation and savings in energy prices from a switch to renewables,” but that we need “a complete overhaul of our energy policies in order to reduce some of the regulatory costs of expanding renewable power.” So obviously, let’s do this nationally, but also let’s “think globally, act locally” by doing it here in Virginia as well! 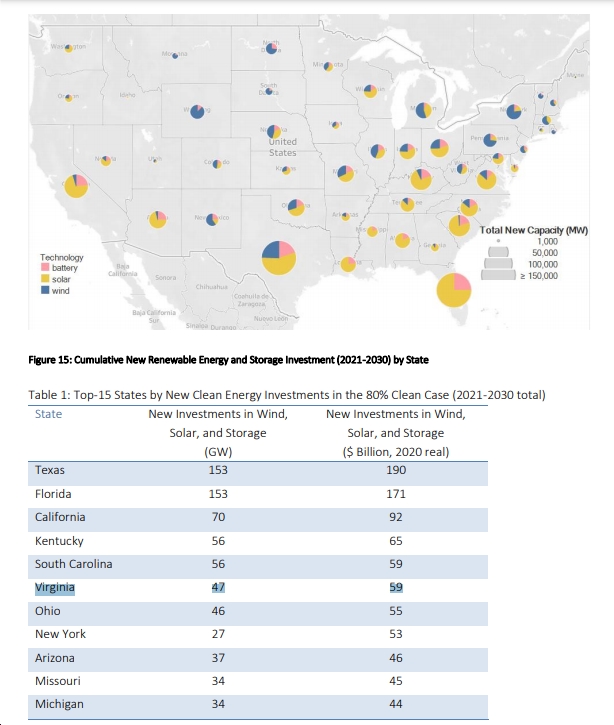 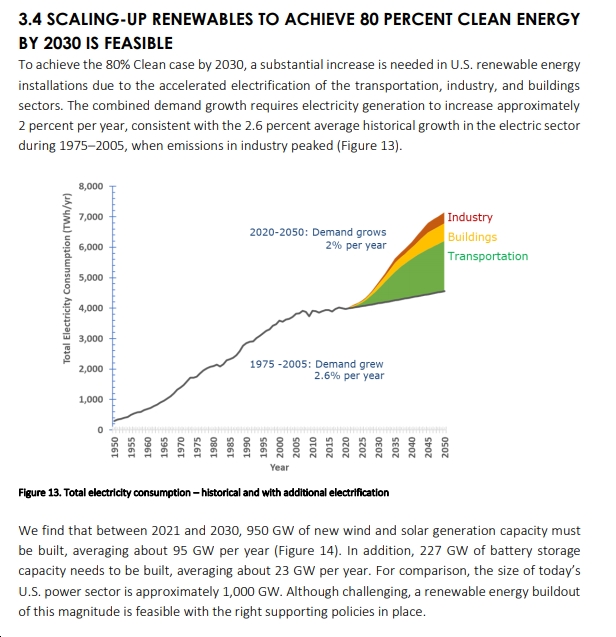 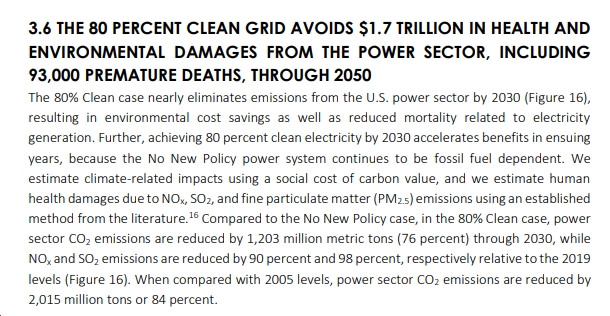 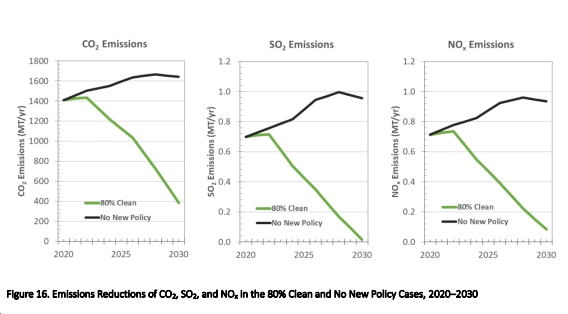 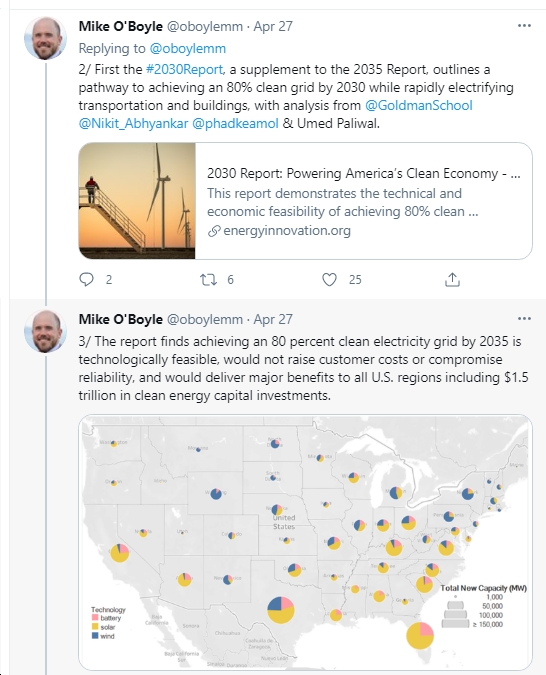 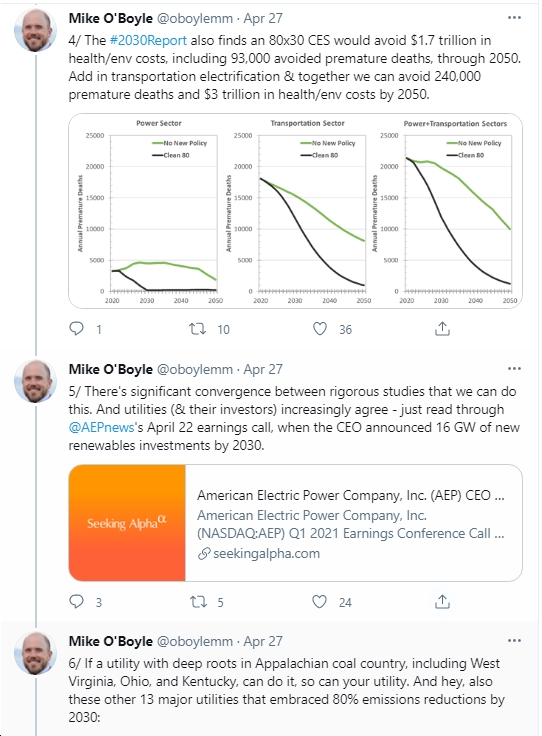 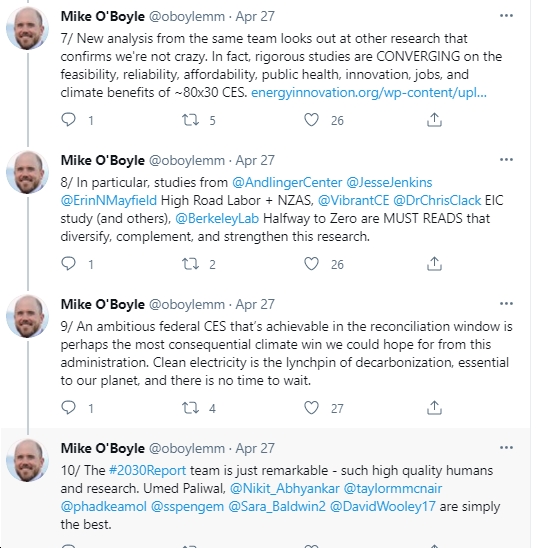 Put Republicans in charge, this is what you get - incompetence, dysfunction, extremism, broken promises, etc. https://bluevirginia.us/2023/01/monday-news-weve-done-lots-for-ukraine-but-winning-will-take-much-more-the-economy-keeps-defying-media-expectati#comment-6103191110 h/t @Fritschner

Virginia Republicans only care what their MAGA "base" wants, it would appear. As for everyone else, just vote Democratic instead! https://bluevirginia.us/2023/01/monday-news-weve-done-lots-for-ukraine-but-winning-will-take-much-more-the-economy-keeps-defying-media-expectati#comment-6103189274 h/t @delegatebagby