Charlottesville, Va.—Today representatives from thirteen organizations sent the attached letter to the Virginia Department of Environmental Quality (DEQ) and the Office of Attorney General Mark Herring. The groups are calling on state officials to tell the Federal Energy Regulatory Commission (FERC) that Mountain Valley Pipeline (MVP) is required to obtain a water quality certification from Virginia before FERC can approve a proposal now under review.

MVP has applied to FERC for an amendment to the company’s certificate, seeking approval to change its previously proposed method of crossing 83 waterbodies in Virginia. MVP had wanted to make “open cut” crossings through the waters but, having twice lost ­Corps of Engineers’ approval to do so, MVP is now proposing drilling to push the pipe under the streams and wetlands. These operations would present new and different hazards to the resources and the people who use them, as well as threatening discharges that may contain a variety of damaging substances to streams.

The letter’s signatories make clear that Virginia’s authority and duty to perform its Clean Water Act Review and issue or deny certification “is not a matter of opinion. Section 401 certification is required by law and DEQ must respond to FERC accordingly.” David Sligh of Wild Virginia stated: “The Northam administration has stood up for state authority and citizens’ rights recently in demanding adequate time from the Corps of Engineers to do a separate water quality review on MVP, and we applaud that. We fully expect they will do the same here.”

Attorney General Mark Herring joined other states in a lawsuit last year against a Trump administration move to weaken regulations and prevent states from playing their rightful roles in protecting their own waters and communities. “Virginia’s defense of Section 401 of the Clean Water Act is critical as we work to undo the environmental rollbacks of the Trump administration,” stated Greg Buppert, Senior Attorney at the Southern Environmental Law Center. “With MVP’s proposed amendment of its FERC certificate, Virginia once again has a chance to assert its important Section 401 authority.”

Today’s letter concludes, “it is incumbent upon Virginia to exercise its right and responsibility under Section 401 and review Mountain Valley’s requested amendment — starting with DEQ informing FERC that certification under Section 401 is required.”

Groups signing the letter include: 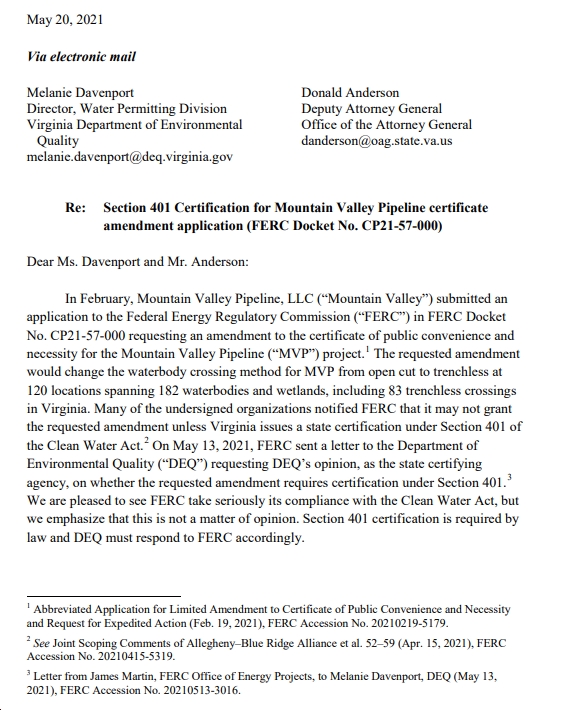 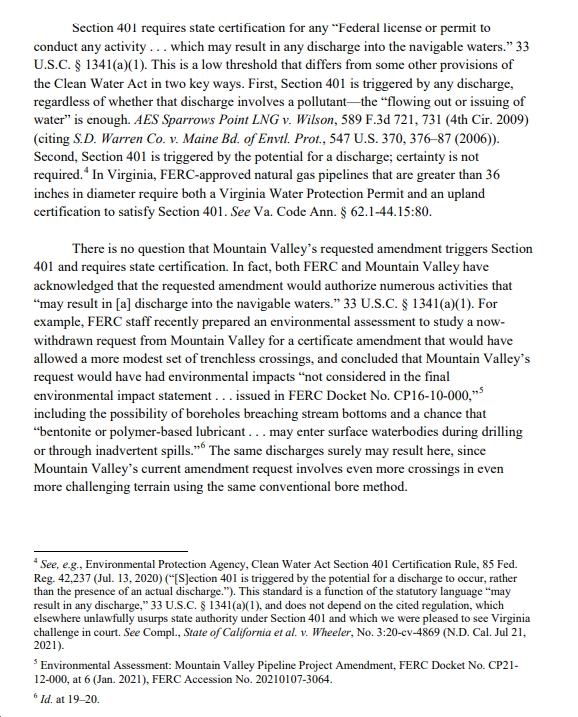 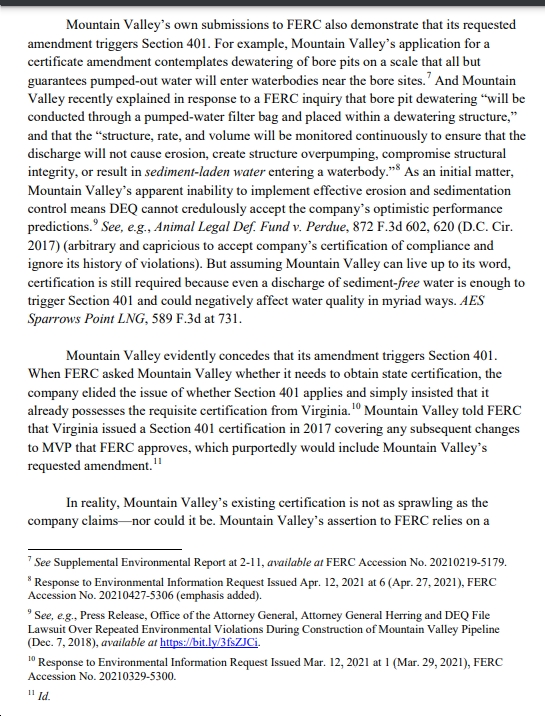 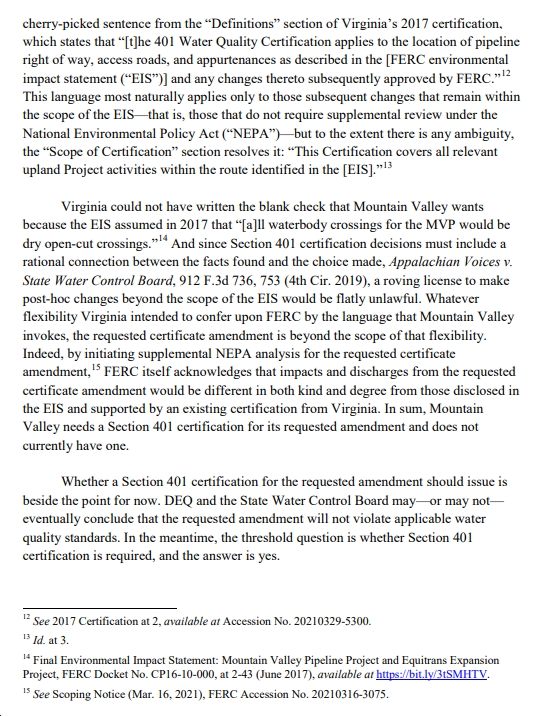 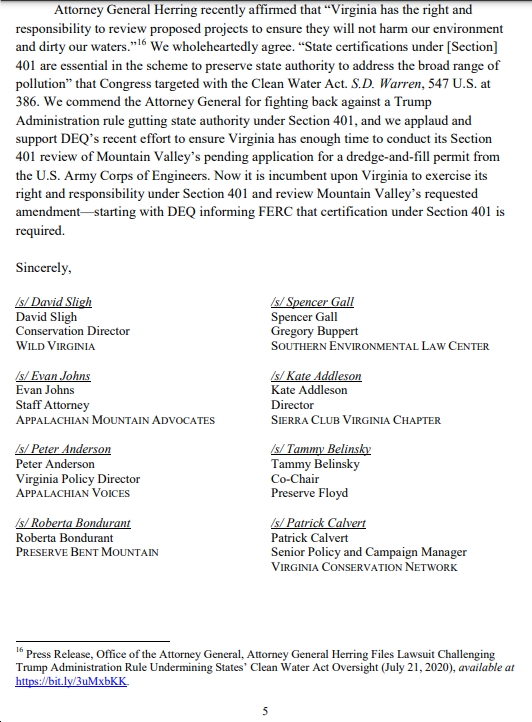 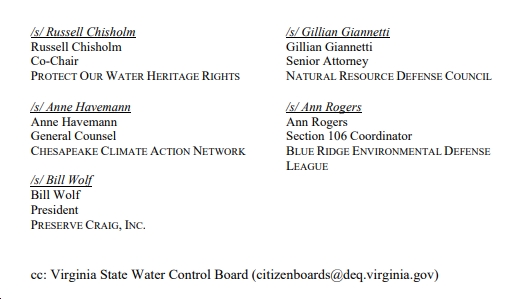