Back in April, the NY Times ran an article which found the following (bolding added by me for emphasis):

“The president, who eked out a 12,000-vote victory in Georgia, received a small but potentially important boost from the state’s conservative areas if at least one local Democrat was running in a down-ballot race, according to a new study by Run for Something, an organization dedicated to recruiting and supporting liberal candidates. That finding extended even to the state’s reddest districts.

The story notes that when Howard Dean was DNC Chair, he tried a “50-state strategy” to “build up party infrastructure and candidate recruitment at every level and in every state — even in solidly Republican districts,” and that the strategy was “met with skepticism from national strategists who believed in a more conventional method of focusing limited campaign resources on swing districts.” And, the story adds, “After his tenure, the strategy fell out of favor.”

In addition to “reverse coattails,” I’d argue that running Democrats in every district, even the deep-red ones, is good for at least the following six reasons: 1) it brings the Democrats’ messaging and organizing everywhere, instead of just ceding the ground to Republicans’ fact-challenged, right-wing nonsense; 2) it sends the message to Democrats in “red” areas (which often contain a significant percentage of Democrats – 30%, 35%, 40%, whatever) that they are not alone, abandoned, ignored, etc.; 3) getting back to the “reverse coattails” effect, having an actual candidate to vote for at the local level might encourage more Democrats to turn out and vote, both for House of Delegates and for the statewide offices;  4) “you can’t win if you don’t play,” in the sense that Democrats certainly have no chance of winning if we don’t even have a candidate (and you never know if the Republican might implode, have a massive scandal, etc.); 5) it can help keep Republican incumbents closer to home, pressuring them towards expending resources in their own races, rather than having them 100% freed up to help Republican candidates in competitive districts; 6) it helps build the Democratic “bench” across Virginia – urban, suburban, exurban, rural, you name it – including a wide array of candidates from all backgrounds and walks of life.

With that, see below for a list (source: VPAP) of House of Delegates candidates, not including Becca Keeney in HD17, who 90for90 reports just filed. Note that in 2019, there were seven Republican delegates who did not face a Democratic challenger, and in 2017, there were ten…so this is really striking to have ZERO Republican incumbents with no Democratic challenger, especially given that Trump’s out of the White House and there are concerns that Democratic enthusiasm might be waning. That’s certainly not evident based on the large number of Democrats stepping up to “run for something,” as the saying goes!

P.S. I remember a few years ago, pre-Trump, basically being told by a senior Virginia Democrat that I was an idiot (no argument there, lol!) for arguing that we should run Democrats everywhere. Basically, this person felt that if we ran Democratic candidates in “red” districts, it would: a) waste resources; and b) end up boosting *Republican* turnout more than *Democratic* turnout in those districts, thus hurting us in the statewide races. So…how’s that argument working out? 😉 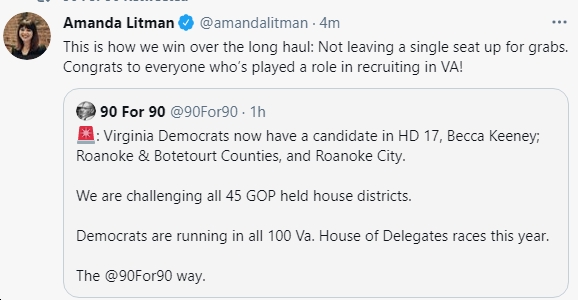 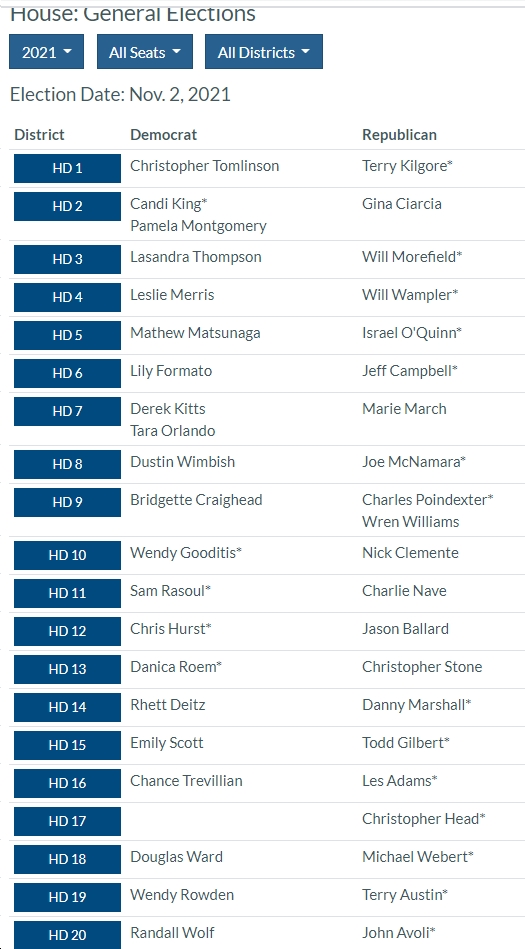 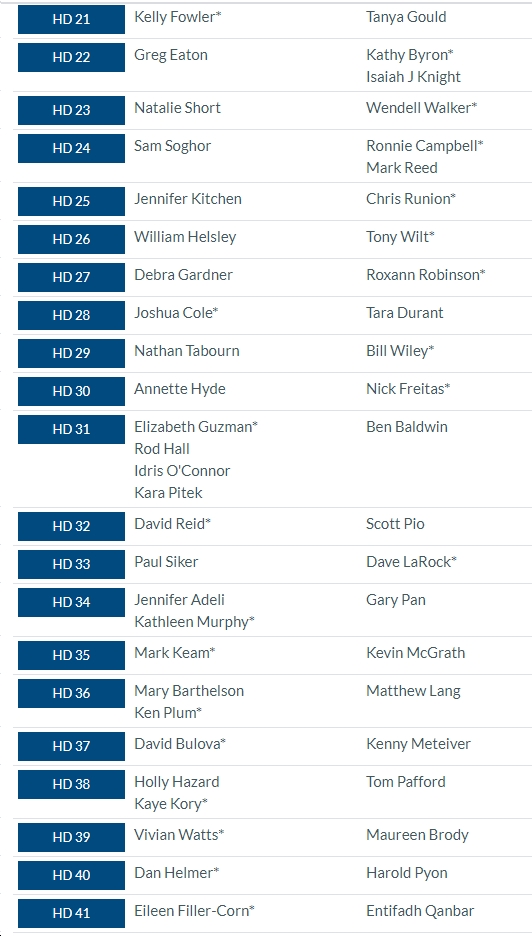 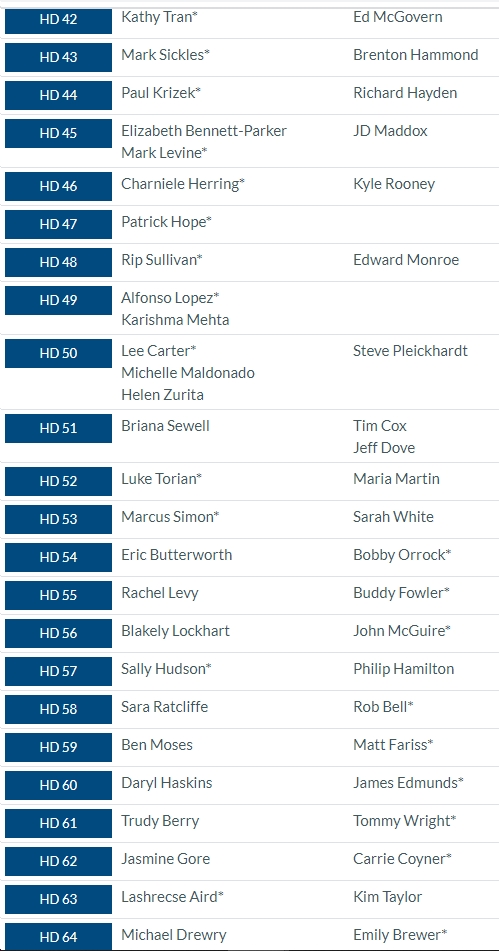 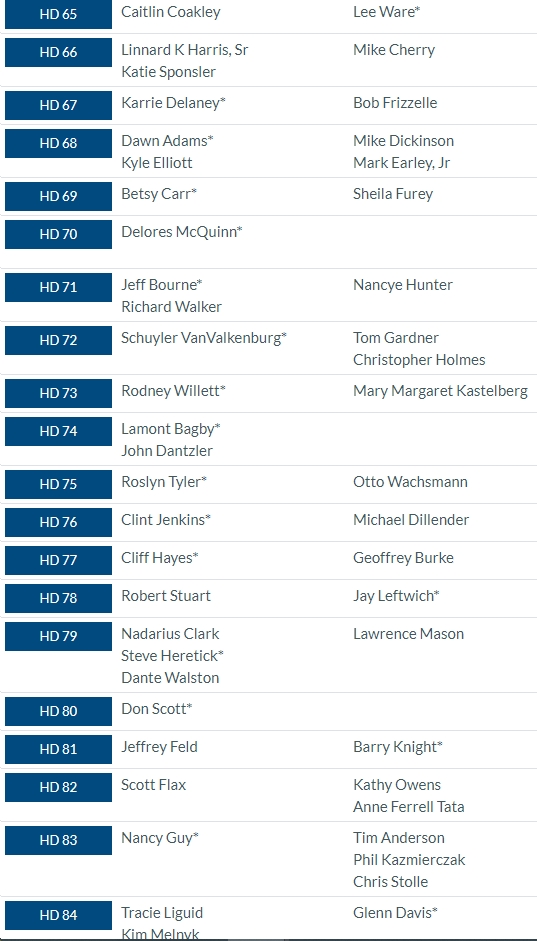 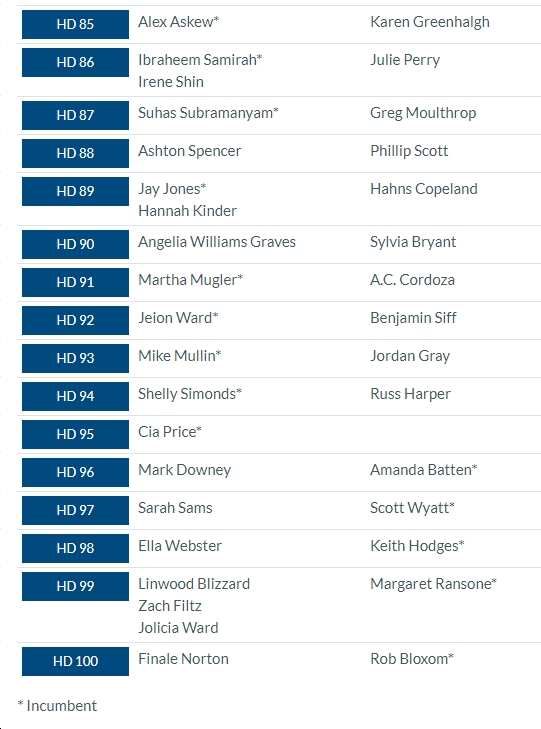