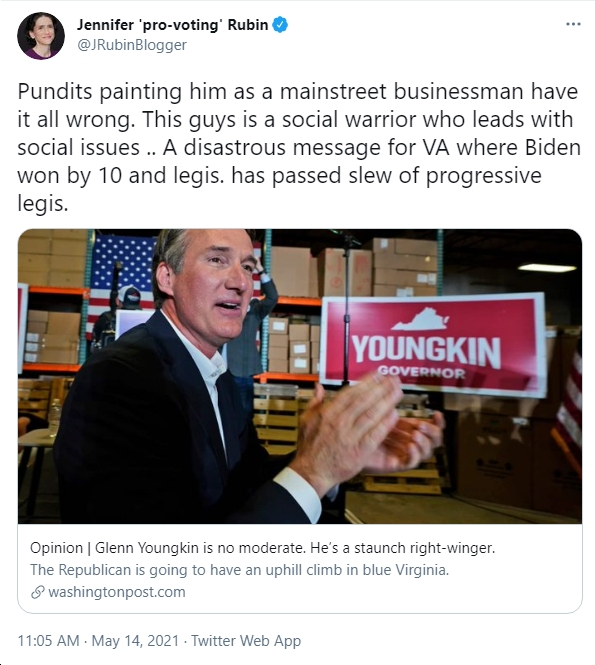 Glenn Youngkin hasn’t even been the VA GOP’s gubernatorial nominee for a week, and there’s already been a lot of nonsense written about the Republicans’ statewide ticket in general, and Youngkin specifically. For the most part, it’s along the lines of arguing that the ticket isn’t as extreme as it could have been, which is like saying it’s super-hot in the seventh of seventh circle of hell, but hey, it’s even hotter (less “moderate?”) in the eighth circle! LOL

Of course, Youngkin has never been elected to anything in his life, so he’s never cast any votes or had to take any positions previously. Which means he’s *somewhat* of a blank slate. But, having said that, all you had to do was watch and listen to the guy during his campaign for the VA GOP gubernatorial nomination the past few months, and about the last word you could apply to him would be “moderate.”

For a sample of who Youngkin actually is, see the screen shots, below – his support from the likes of Donald Trump, Ted Cruz, Rand Paul, neo-Confederate Corey Stewart and other extremists/seditionists; his appearance on Tucker Carlson’s TV show; his opposition to the American Rescue Plan; his frantic attempts to hide videos containing some of his extreme views; his focus on the “election integrity” dog whistle for voter suppression and the “STOP THE STEAL” Big Lie; his bizarre claim that Dominion voting machines are “the most important issue we’re going to talk about” (WTF?!?); etc.

Also check out Jennifer Rubin’s latest excellent new piece in the Washington Post, which nails the main point that every journalist should be writing about, namely that: “Glenn Youngkin is no moderate. He is a staunch right winger.” Here are a few highlights: 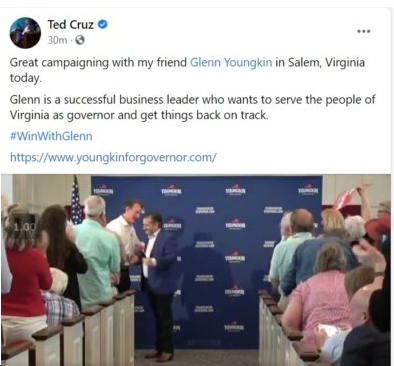 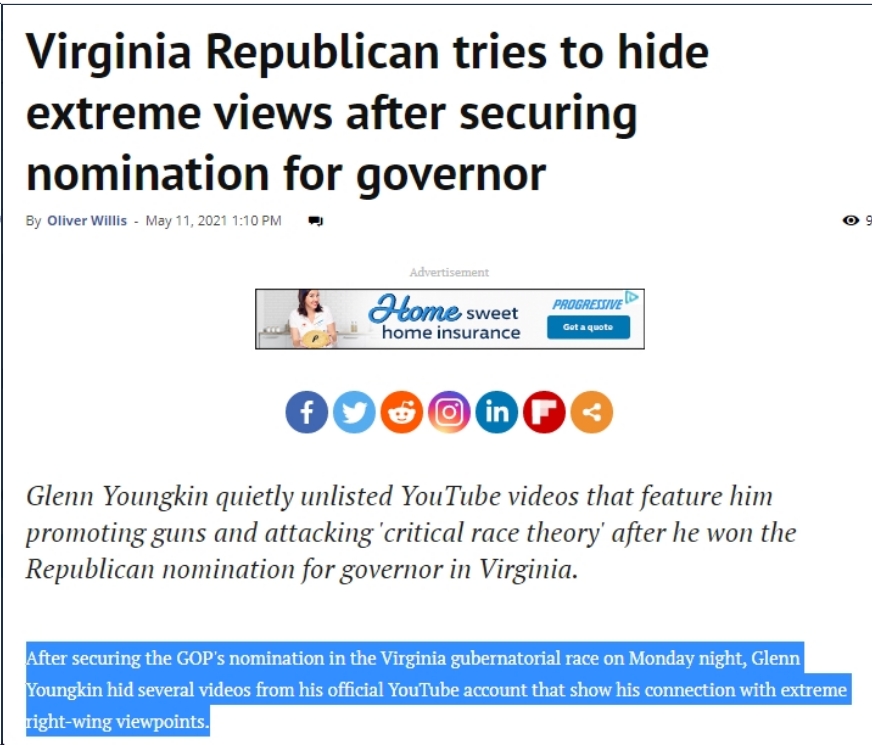 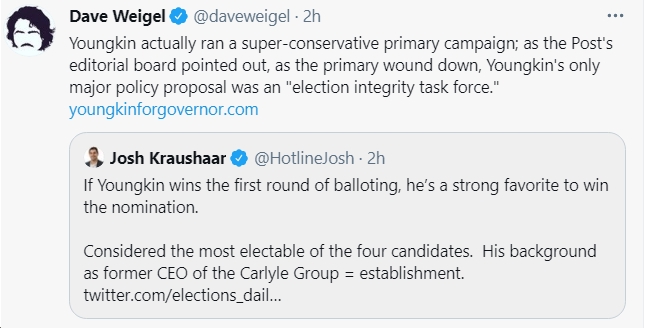 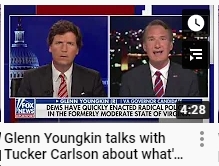 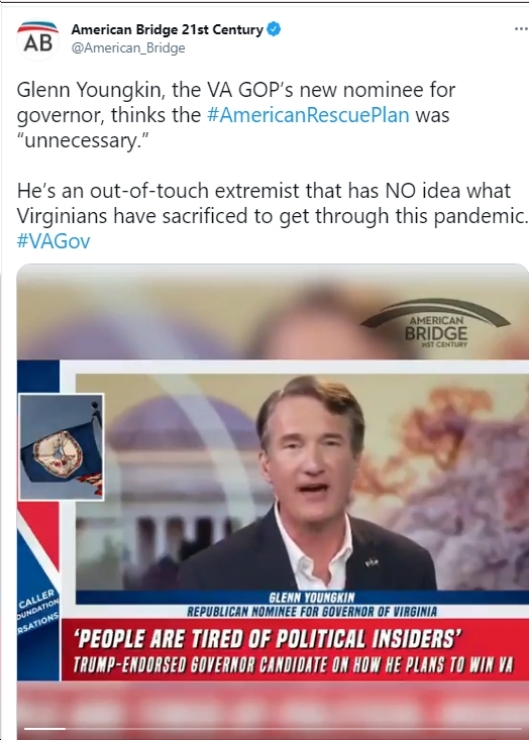 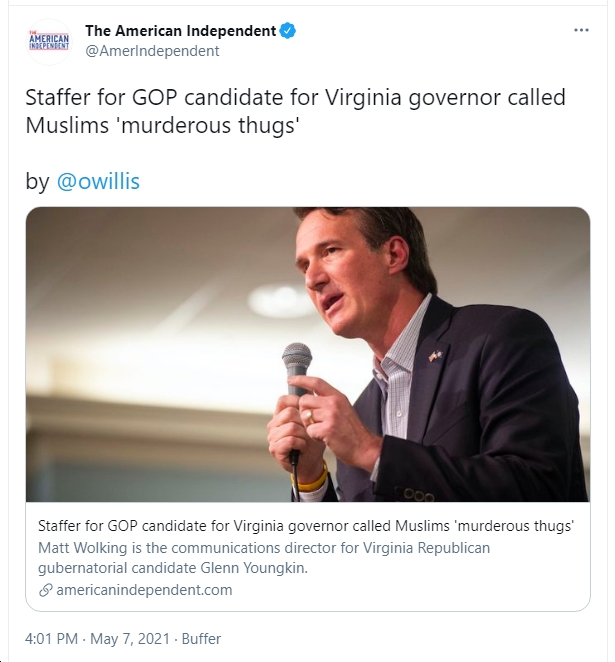 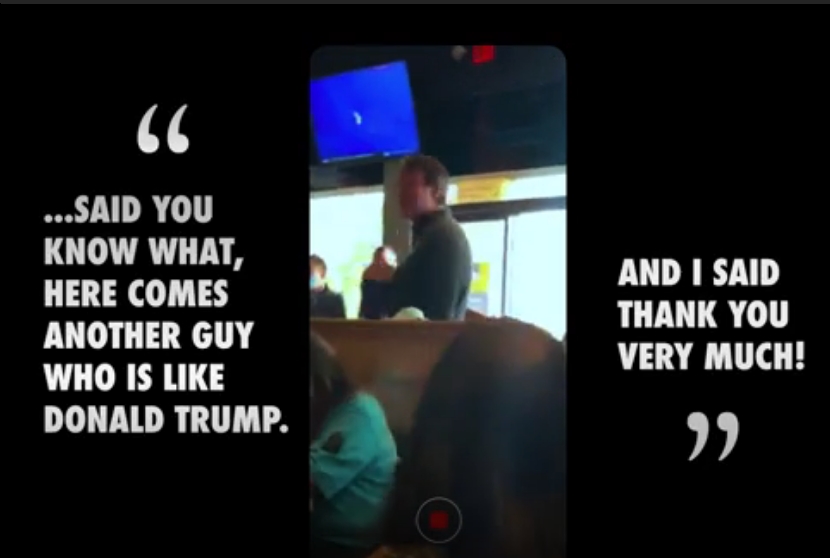 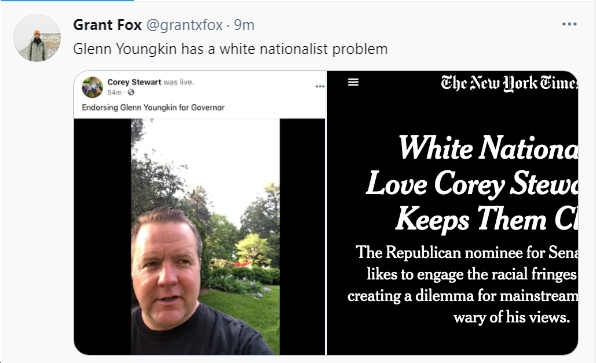 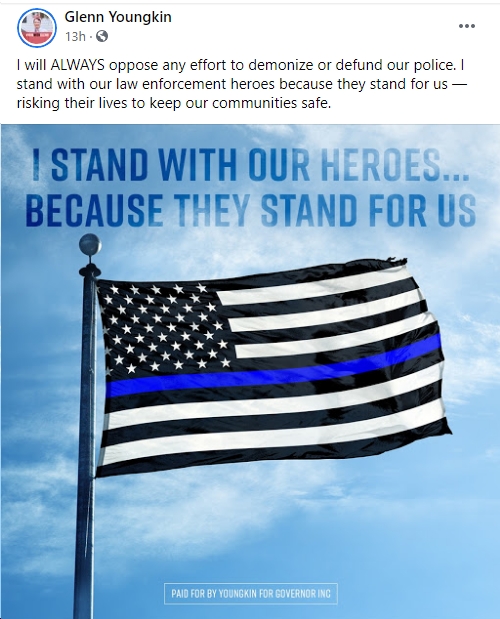