Good stuff by former Rep. Denver Riggleman (R-VA05), yet again calling out Republicans for pushing the wild lie that the 2020 election was stolen. Unfortunately, according to Riggleman, this “grift” is working, both raking in money for Republicans who push “Stop the Steal” lunacy, but also pressuring Republican politicians and candidates to spew this stuff, or at least not condemn it (as Rep. Liz Cheney did early today, calling it out as “THE BIG LIE“). Riggleman also noted that here in Virginia, “every single [Republican] candidate has talked about ‘election integrity’ commissions,” which of course is “a cover for ‘Stop the Steal’.” Of course, some VA GOP candidates talk about it much more blatantly and forcefully than other VA GOP candidates, but has any one of them called it out as Rep. Liz Cheney, former Rep. Riggleman, etc. have done? As a Big Lie and a grift? If so, I must have missed it…

“We can’t even talk about real policies right now because election integrity is a cover for stop the steal… the issue with people like me is… if we don’t actually check every tic off that ideological checklist we’re thrown out of the tribe.”
– Former GOP Rep. Denver Riggleman pic.twitter.com/5ncjSndEvl 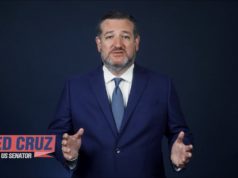 Video: One of the Most Odious and Extreme People in America, Ted Cruz, Endorses Glenn Youngkin for VA GOP Gubernatorial Nomination 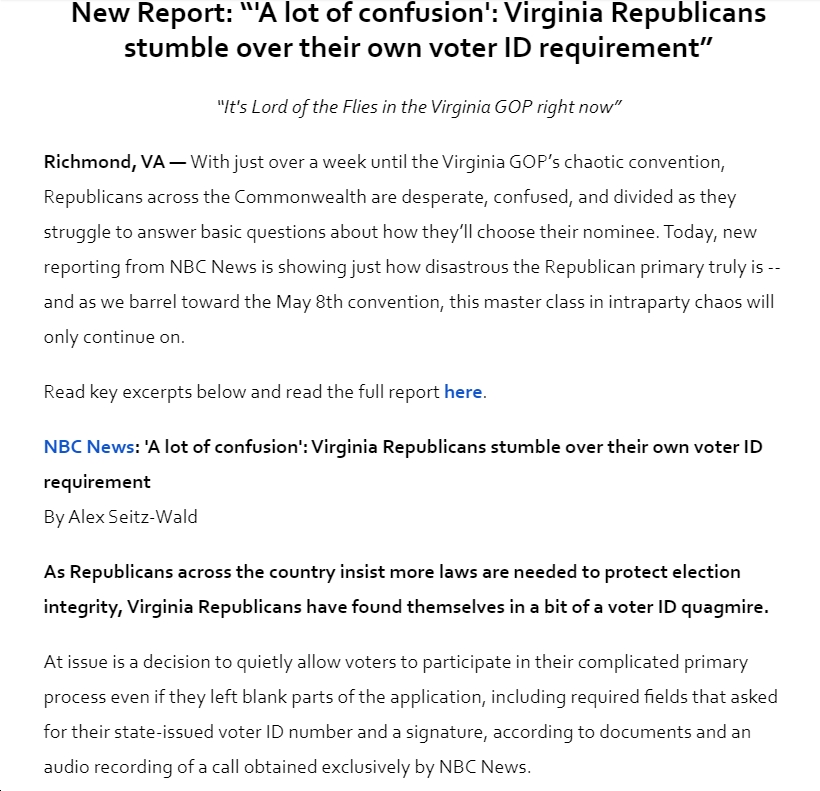 “It’s Lord of the Flies in the Virginia GOP right now”; “Virginia Republicans stumble over their own voter ID requirement”