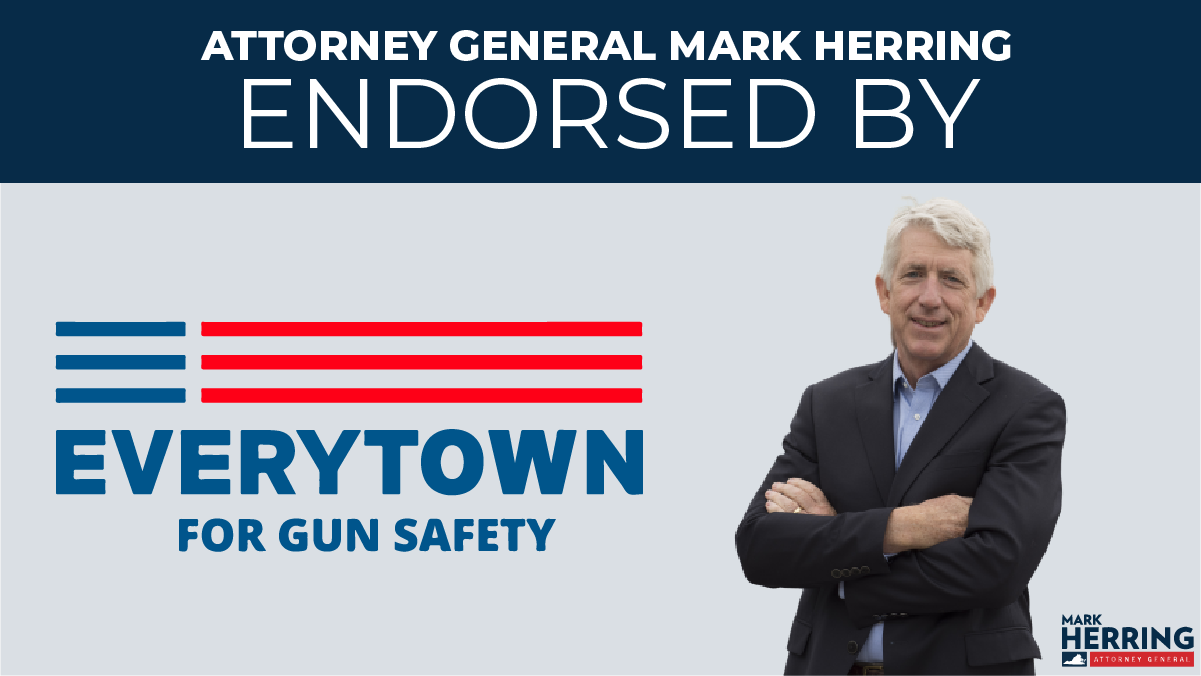 “Virginia’s elections have always been a national bellwether, so it says a lot about the strength of the gun safety movement that three gun sense candidates [Attorney General Mark Herring] are running at the top of the Democratic ticket,” said John Feinblatt, president of Everytown for Gun Safety. “These candidates know that gun violence prevention is a winning issue in the Commonwealth, and they also know that Moms Demand Action volunteers will go all out to elect gun sense champions up and down the ballot in 2021.”

“I’m proud to receive the support of Everytown for Gun Safety Action Fund. I’ve worked tirelessly to make our communities safer, and it’s been my honor to stand up to the radical gun lobby. Let’s continue our fight to pass common sense gun safety legislation here in the Commonwealth,” said Attorney General Mark Herring.

During Attorney General Mark Herring’s time in office, the Virginia legislature passed meaningful gun reform including background checks on all gun sales, enacted extreme risk protection orders, and created mandates to report lost or stolen guns. Herring has supported and defended these laws as Attorney General, stood up to the gun lobby, prosecuted gun runners and felons with firearms, and called for stronger regulations of ghost guns. Herring will continue to work to ensure Virginians are safe from gun violence, and he proudly received the Mom’s Demand Action Gun Sense Candidate distinction in the primary. 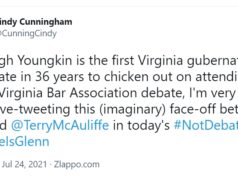 The VA Bar Association Debate, a Tradition For Decades, Should Have Been Happening This Morning. Since Cowardly Glenn Youngkin Wouldn’t Participate, Check Out Cindy’s... 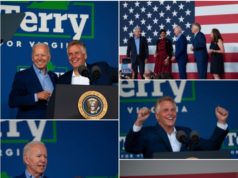 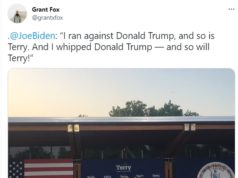 Video, Photos: President Joe Biden Rallies For Terry McAuliffe, Virginia Democratic Ticket in Arlington – “I whipped Donald Trump in Virginia and so will...

In fact, even if masks are annoying, being hospitalized and/or dying from COVID is infinitely worse... https://bluevirginia.us/2021/07/sunday-news-scientists-alarmed-by-how-fast-climate-crisis-is-amplifying-extreme-weather-vaccinated-america-has-had-enough-norfolk-mayor-kenny-alexander-what-is-critical-teaching-inclus#comment-5468884413 h/t @VAPolitical

Sen. @MarkWarner says he expects infrastructure bill ready by tomorrow; "would be open to a 'small cutout of the filibuster for voting rights'" https://bluevirginia.us/2021/07/sunday-news-scientists-alarmed-by-how-fast-climate-crisis-is-amplifying-extreme-weather-vaccinated-america-has-had-enough-norfolk-mayor-kenny-alexander-what-is-critical-teaching-inclus#comment-5468827718