Great win this morning at the U.S. Supreme Court for Gavin Grimm and for transgender students in general!

In an unsigned order, the court denied the request from the Gloucester County School Board to review a lower court ruling that struck down its policy, leaving the decision in favor of transgender student Gavin Grimm intact. Justices Clarence Thomas and Samuel Alito said they would have heard the case.

Grimm first challenged the school board’s policy in 2015 when he was a student at Gloucester High School, which prohibited any student “with gender identity issues” from using the restrooms consistent with their gender identity. The policy, he argued, discriminated against him on the basis of sex and transgender status in violation of Title IX and the Constitution.

As noted in the above news clip, only the two most far-right Justices – Clarence Thomas and Samuel Alito – would have heard the case…showing how extreme these views are. 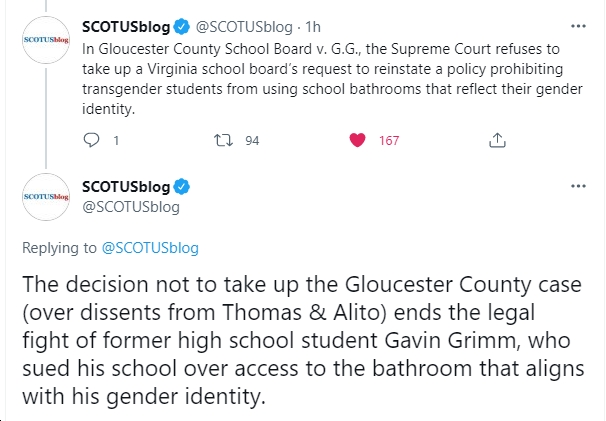 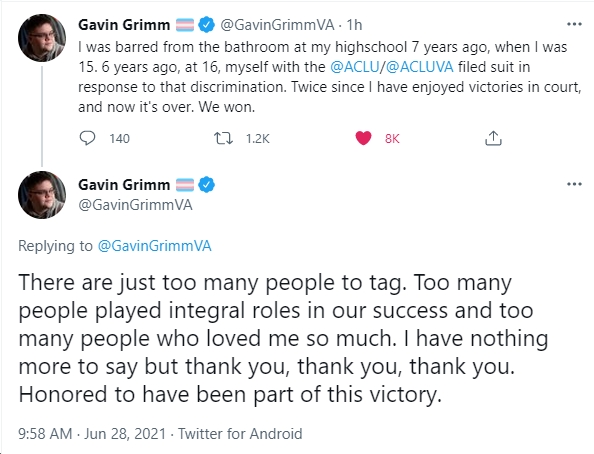 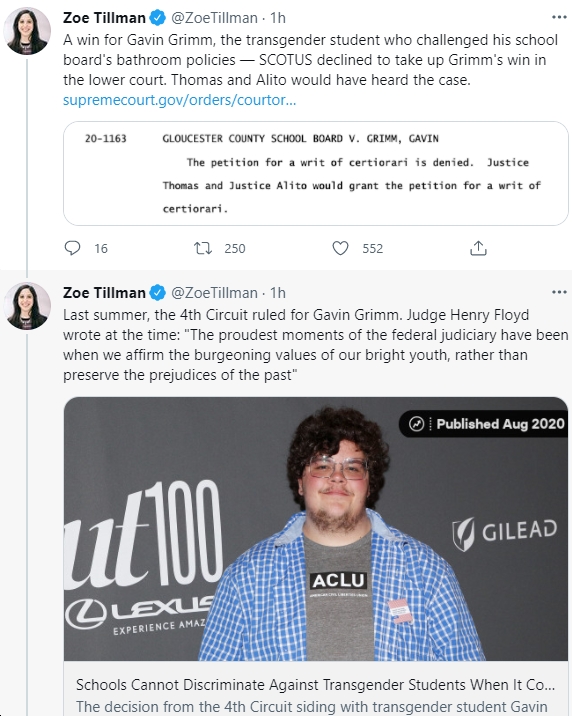