A bit earlier today, at a rally in Henrico County, VA GOP gubernatorial nominee Glenn Youngkin had a lot of absurd things to say.  For instance, Youngkin vowed that “we will not teach Critical Race Theory in our schools,” even as Critical Race Theory isn’t being taught in Virginia schools (see here for a debunking of this nonsense), and even as we need a lot more teaching about *all* of American history, not just the parts that make people feel good. According to Youngkin:

“What Critical Race Theory does in our schools is it makes each child view every other child through the lens of race – pits them against one another, as opposed to working together towards common opportunity, they actually come up with excuses for why they can’t achieve their dreams…”

Of course, all of that is a wild, gross distortion of what Critical Race Theory actually is. And again, Critical Race Theory isn’t even being taught in Virginia schools, so why are they even talking about this at all? (clearly, to rile up their right-wing “base,” as you can see here the reaction of the crowd earlier today; also, it’s obviously code for not wanting schools to teach about ALL of American history, including parts that aren’t positive or comfortable, such as slavery, “Jim Crow,” etc.) Oh, and as if that wasn’t bad enough, Youngkin also vowed to “teach accelerated math” which…is already being taught and will continue to be taught.

So Youngkin was badly wrong about all that, and everything else he had to say. But one thing he was (mostly) right about was this:

“We’re in a time right now where our country’s future will be impacted hugely by Virginia’s present in 2021…we have the amazing opportunity to stand up together and make a difference, not just in Virginia but the entire country.”

Which is why every Virginian who wants to keep our state moving *forward*, not lurching *backward* under Republican misrule (and yes, we’ve seen that horror movie before), will need to turn out in droves this fall to volunteer, donate, and of course VOTE “blue” up and down the ballot. Unless, of course, you want to be governed by people with far-right policies who are supported by Donald Trump and Ted Cruz, and who even use the same rhetoric (“Make Virginia Great Again”) as Trump and his minions. Nope, didn’t think you did…

P.S. See below the video for some more “highlights” from this morning’s Republican rally, including a vow to re-criminalize marijuana, to oppose any attempt at achieving “equity” in Virginia, etc. 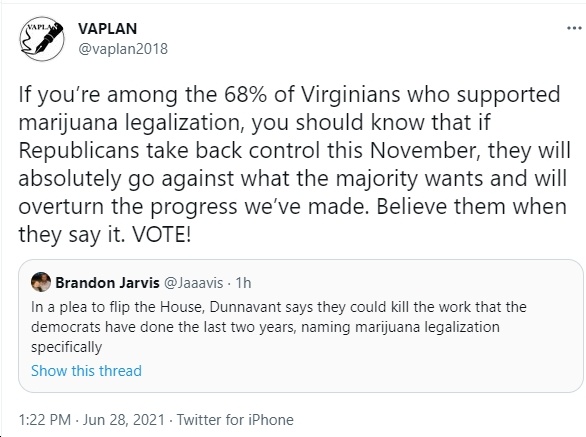 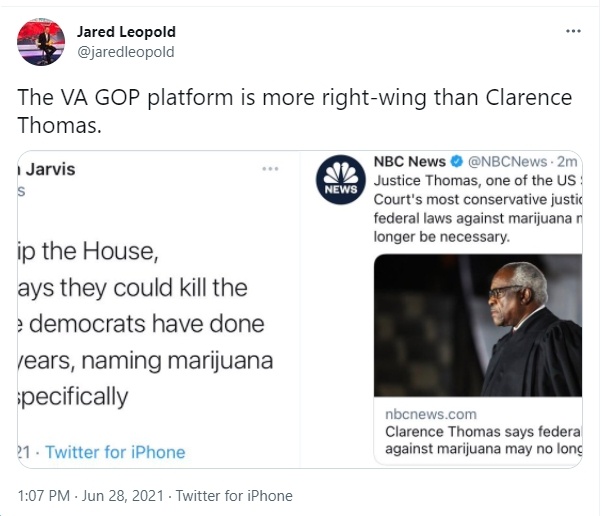 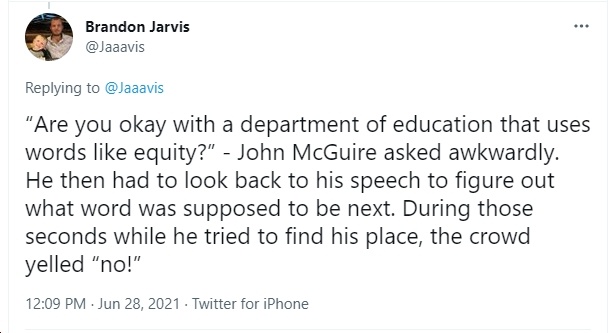