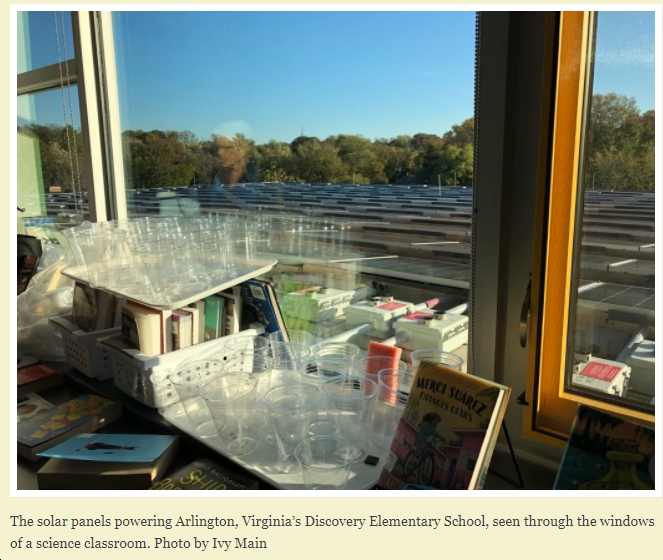 More than $4.3 billion in federal stimulus dollars will be flowing to Virginia this year as part of the American Rescue Plan, with cities and counties in line for another $2.7 billion. In a joint statement in May, Governor Northam and Democratic leaders laid out spending priorities that included rehabilitating and upgrading the infrastructure in public schools. The General Assembly plans to meet for a special legislative session in August to allocate the funds. In addition to the federal money, Virginia also finds itself in the happy position of having surplus funds of its own to spend.

As it stands now, the federal funds cannot be used for new school construction, a restriction that upsets school officials in areas with aging schools and no budget to replace them. But whether some money is spent on new schools or not, the General Assembly should not just throw dollars out the door and hope for the best. Virginia has an enormous opportunity to improve student health and learning, correct historic injustices, and meet the demands of the climate crisis, but only if the right standards are in place from the outset.

First, funding should be prioritized to Title 1 schools, which are those with at least 40 percent of children from low-income families. Given Virginia’s history of segregation and racism, a high number of Title 1 schools are in Black communities, while others are in parts of rural Virginia that have been left behind economically.  Title 1 schools on average are older and in worse condition than schools in more affluent areas, and the students are more likely to suffer from asthma and other health problems that are exacerbated by mold and poor indoor air quality. Improving indoor air quality and student well-being should be the primary goals for all new or renovated facilities, and it makes sense to start with the students most in need.

Second, while many localities are attracted to the idea of shiny new schools, in most cases it takes less time and costs less to retrofit an old school that is structurally sound than to tear it down and build new. It’s also better for the environment, even if the new school would be built to a “green” standard. Children don’t need new buildings; they need healthy, high-performing buildings. A beautiful remodel of the historic school their parents and grandparents attended could be just what the doctor ordered.

Third, new or renovated schools should be required to meet the highest standards for energy efficiency, including windows, insulation and HVAC. New construction should also be all-electric, as should most renovated buildings. This maximizes taxpayer savings on energy costs over the lifetime of the building, supports the goal of healthy indoor air, and is consistent with Virginia’s commitment to phase out fossil fuels.

Fourth, if the roof will be new or upgraded, it should be made solar-ready, allowing the school to take advantage of third-party power purchase agreements (PPAs) or solar services agreements to install solar panels. Leveraging private capital to pay for the school’s primary energy source stretches construction dollars. These agreements provide financing for solar facilities at no upfront cost and typically save money for schools from the outset. Once the solar panels are paid off, energy bills plummet and savings pile up.

New schools and deep retrofits can even achieve net-zero status affordably, and ought to be required to do so in most cases. Net-zero schools become a source of community pride and offer educational benefits as students learn about energy and how solar panels work. According to a study conducted for Fairfax County Public Schools, the additional upfront cost of building a net-zero-ready school (one that will produce as much energy as it uses once solar panels are added) is only about 5 percent more than standard construction, and the additional cost is recovered through energy savings in under 10 years. Renovating older schools to net-zero costs 11 percent more, but still pays off in 15 years.

Even if we weren’t worried about climate, these standards would make sense for student health and taxpayer savings. Yet today, school districts are not required to build high performance schools, and most don’t. The result is higher operating costs, and in some cases school boards being told that their brand-new schools won’t support solar. Solar companies say it’s probable that solar would be just fine, but this shouldn’t even be an issue. Yet it will continue to be cited as an obstacle if solar-readiness is not made standard.

Our children deserve better. Virginia should seize this year’s historic opportunity to invest in healthy, high-performing schools that are free of fossil fuels and will deliver long-term benefits for taxpayers and the climate.