Check out this epic Twitter thread by Aaron Fritschner, who is Rep. Don Beyer (D-VA08)’s communications director, regarding this:

“A group of unmasked Republican staffers are playing beer pong (but with cups of water) in the halls of Rayburn House Office Building. Presumably their need to demonstrate the exercise of “freedoms” is stronger than their sense of responsibility to justify taxpayer-funded salaries”

“I do not work in a fraternity house. I don’t know why these people felt the need to do this here, but it is terrible and horrifying that displays of decadent apathy are all these people can summon at a time when people are getting sick and dying.”

“There is *no* chance these people will clean this up. They will leave it for the custodial staff. 2) There are Dem offices on that hall too, with staffers who have to walk through this go home. Aerosolized virus can remain in the air for up to 3 hours.”

The reaction to his tweets was predictably nasty from the right wingers.  Fritschner responded:

It isn’t surprising that the slime of humanity who write at daily caller, federalist, etc can only conceive of being upset about this as a personal character flaw of mine because they literally cannot imagine a person would be concerned about how their actions affect other people

I haven’t seen the rest of the cyberbullying and cyberstalking etc from after I muted the thread but pretty much every maga blue check was only able to read this as a sensitive snowflake narc overreacting. Literally does not even occur to them that these staff might be at risk

The maga trolls @’ing  me don’t have a damn clue either. The name-calling is hilarious- the noise they were making was LOUD, you could hear it across the building and it’s one of the biggest in DC. Breitbart was right, they were making a statement, they WANTED people to know

See the entire Twitter thread, below, and keep in mind that we’re fighting a deadly pandemic, that vaccines and masks *work* to combat that pandemic, and that Republicans are choosing to politicize this for absolutely no good or defensible reason. 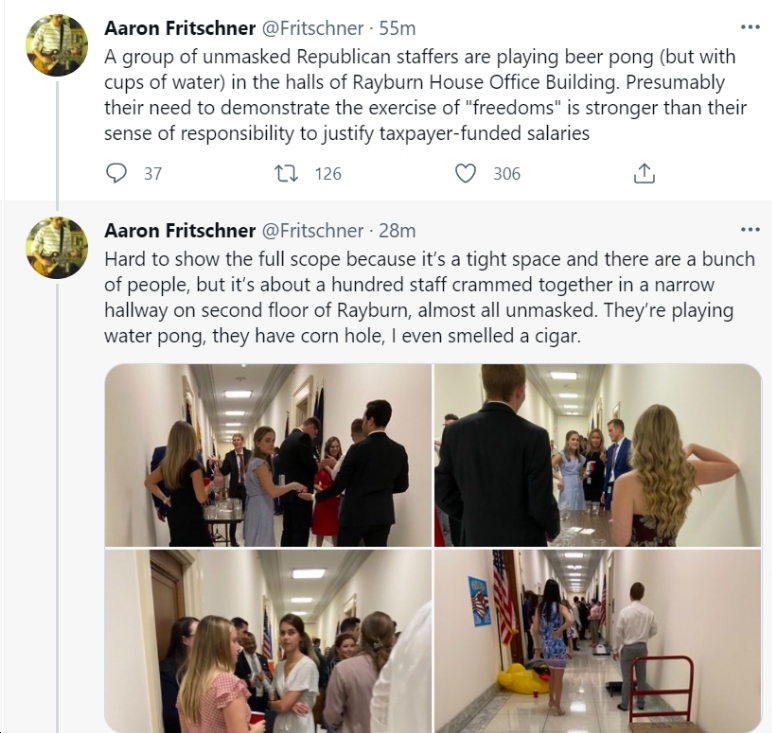 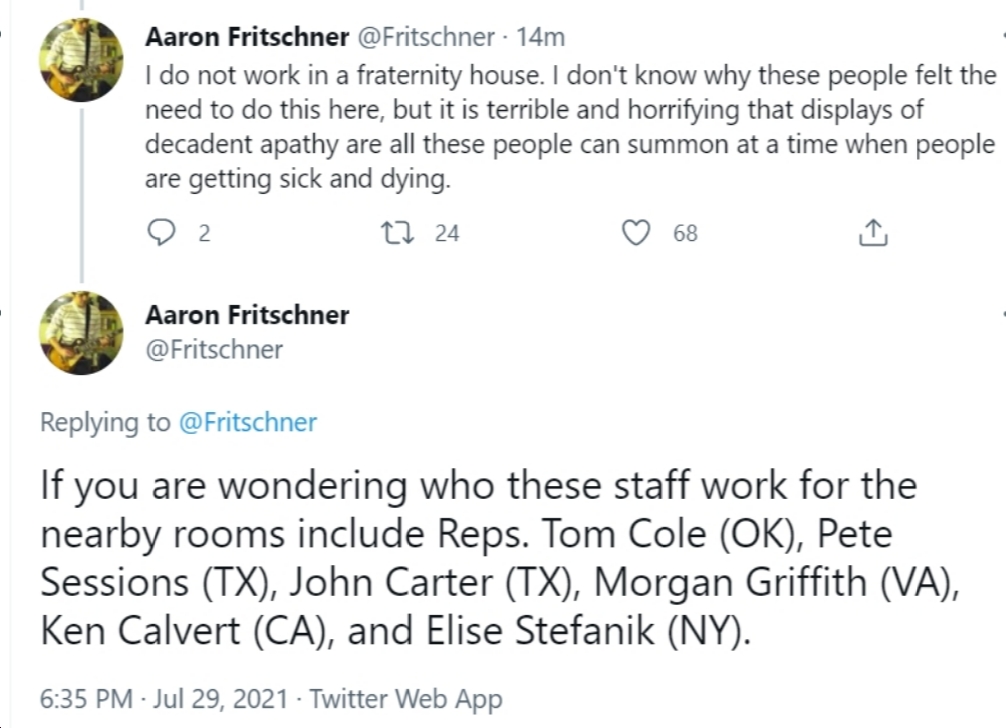 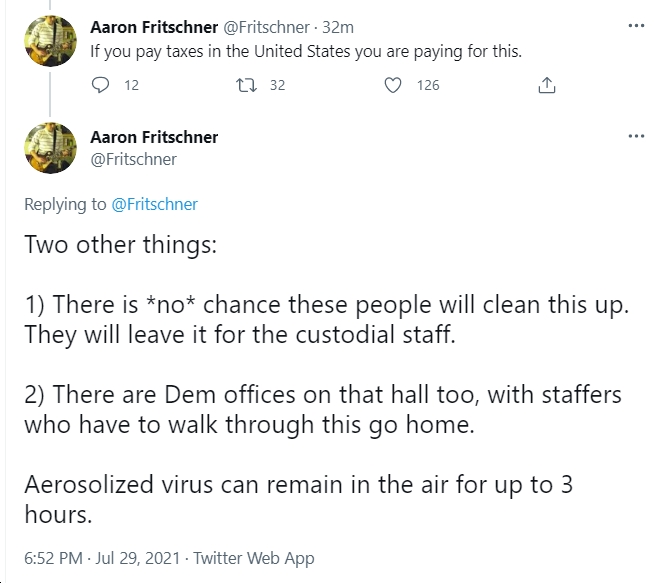 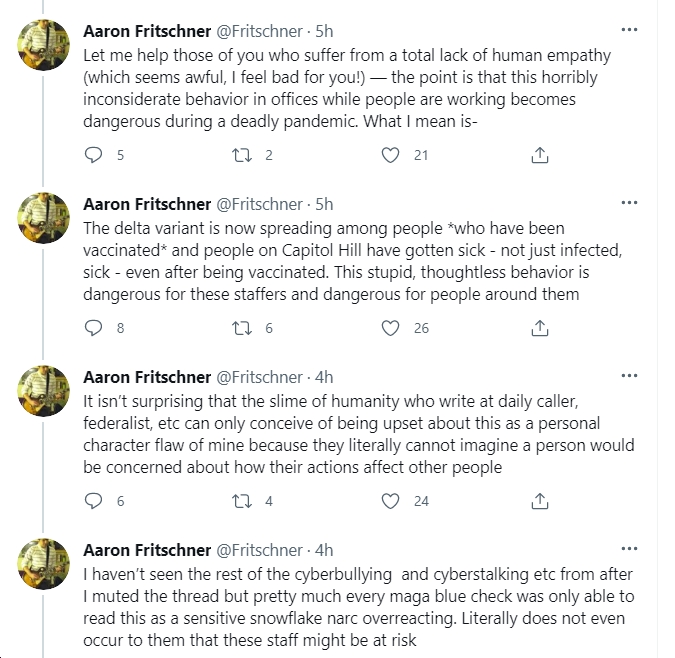 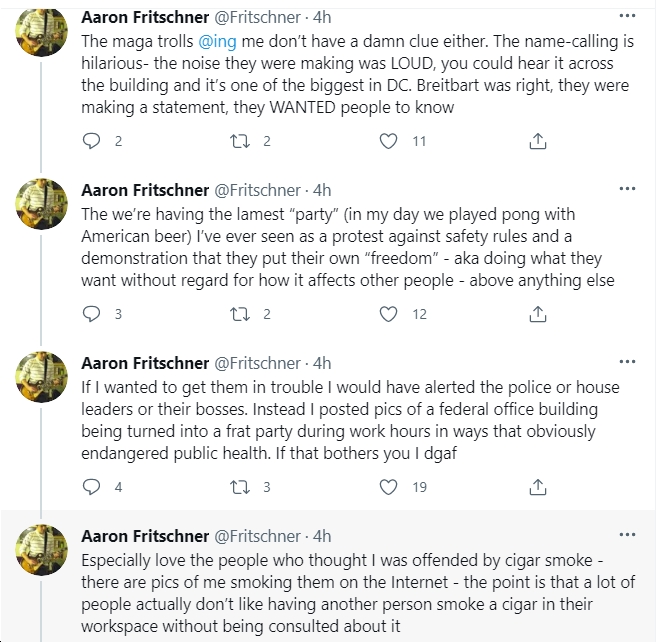 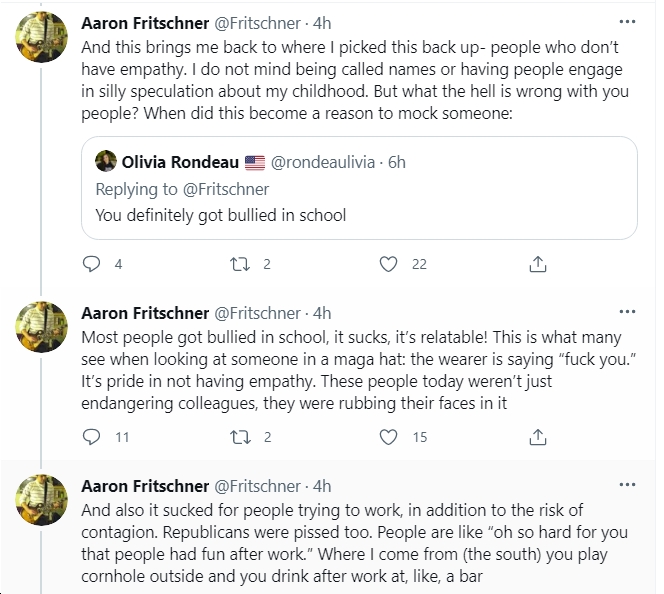 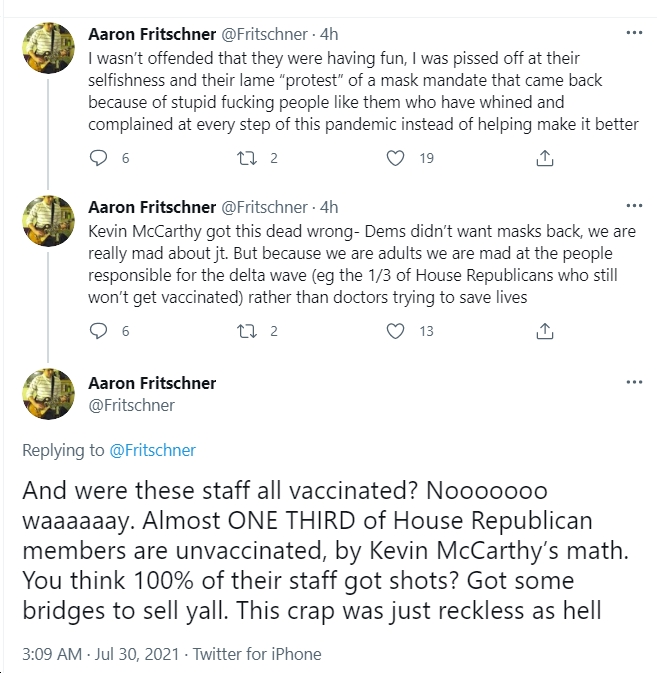