Anyone who thinks that the radicalization of the Republican Party is mostly happening at the national level really needs to keep an eye on the state and local Republican Party folks. For instance, Fairfax Dems Executive Director Jack Kiraly has cited numerous examples of the Fairfax GOP’s extremism. For instance: 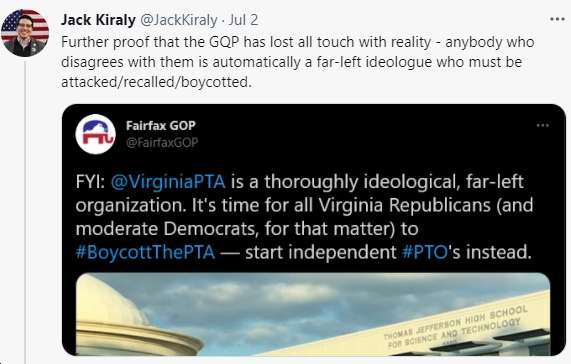 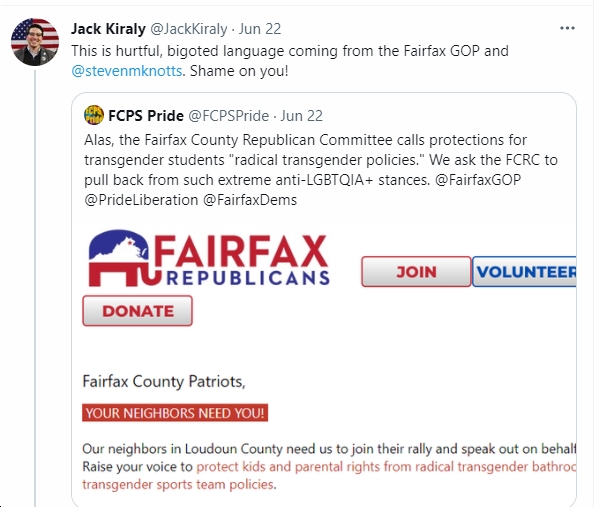 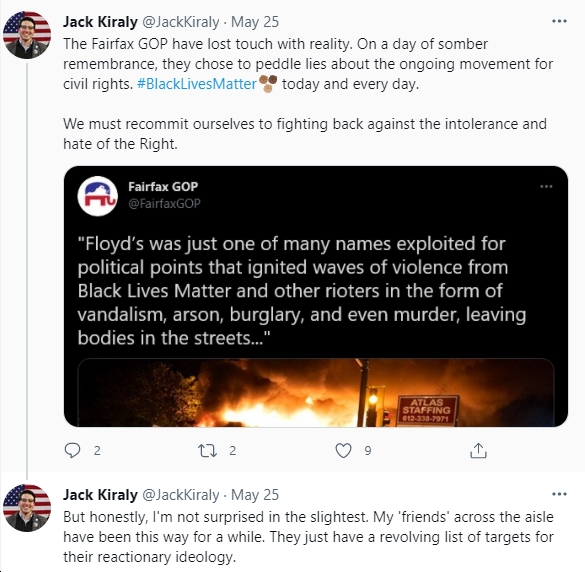 Still, even by those low, low “standards,” the latest email sent from the Fairfax GOP this afternoon is a doozy. In it (see screen shots, below), the Fairfax GOP pushes a “Rally to Free Political Prisoners,” which apparently is what they’re calling 1/6 violent insurrectionists. Oh, and as an added bonus, the Fairfax GOP also is pushing a rally to “Stop CRT,” which it (falsely) claims stands for “Communist Radical Takeover of America.” In reality, of course, Critical Race Theory is “a body of legal scholarship and an academic movement of civil-rights scholars and activists in the United States that seeks to critically examine U.S. law as it intersects with issues of race in the U.S. and to challenge mainstream American liberal approaches to racial justice.”

But yeah, sad to say, this is today’s Republican Party – no discussion of conservative policy prescriptions, just ugly “culture war” and anti-democracy sludge. How can America function with one of two major parties acting like this?  No clue. Anyway…is Glenn Youngkin cool with this? VA GOP Chair Rich Anderson?  If they don’t speak up/condemn this, then obviously they must agree with equating violent insurrectionists against our Capitol and our democracy with “political prisoners.” Don’t hold your breath waiting for them to speak up… 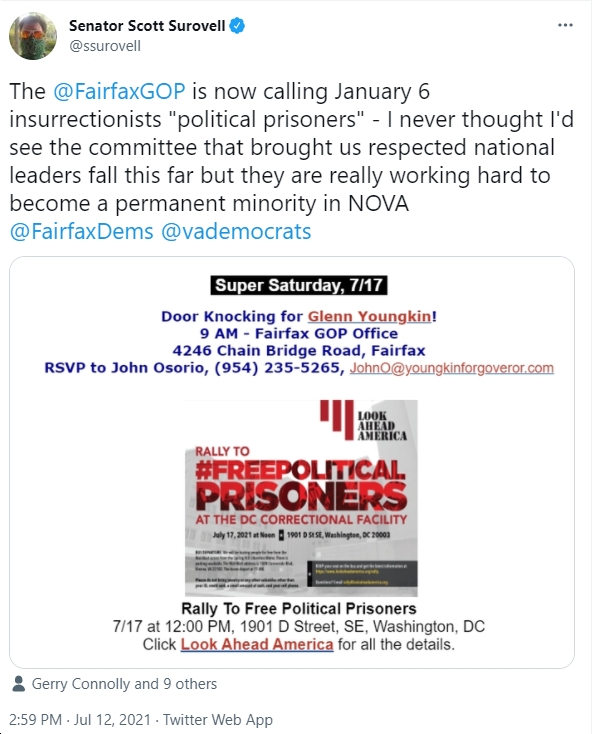 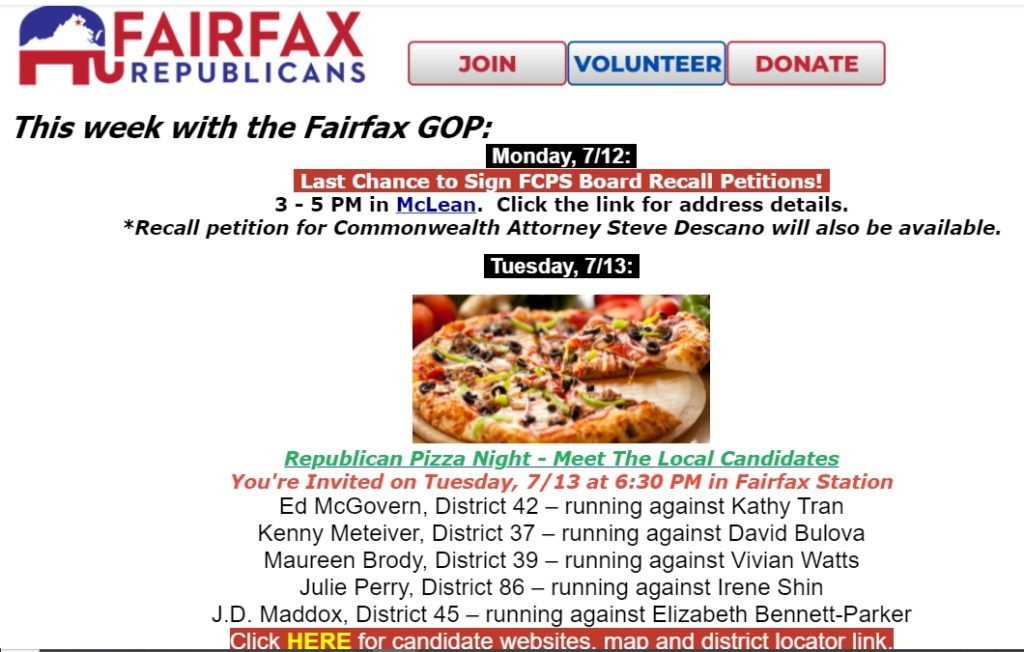 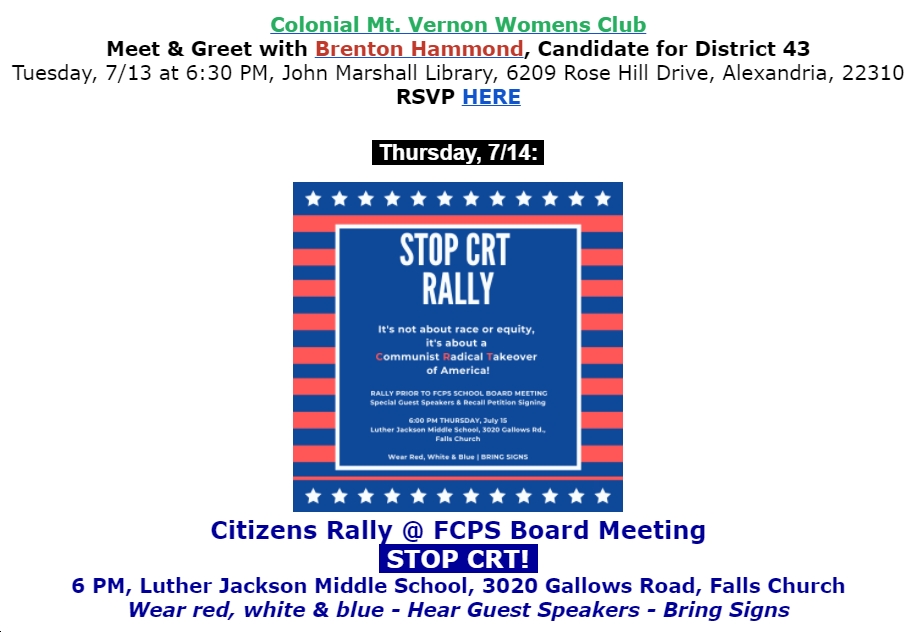 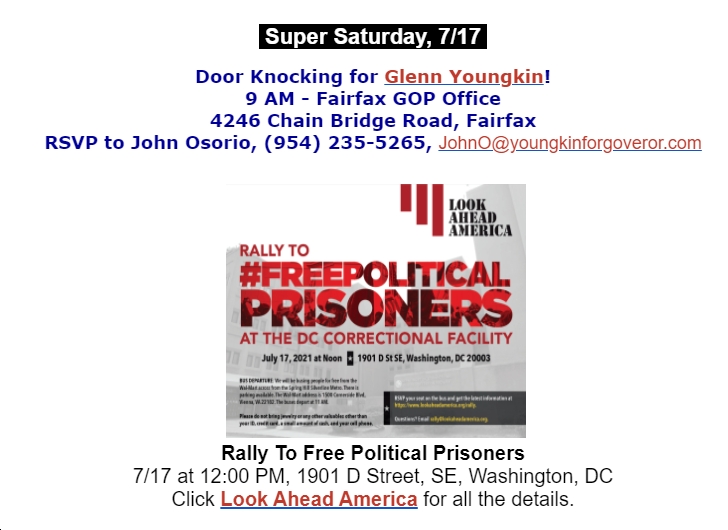 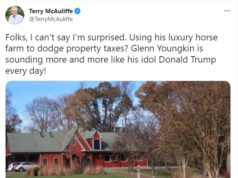 “Using his luxury horse farm to dodge property taxes? Glenn Youngkin is sounding more and more like his idol Donald Trump every day!” 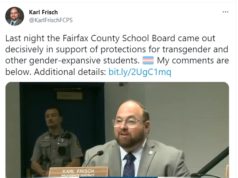