For a supposedly smart guy, VA GOP 2021 gubernatorial nominee and former Carlyle Group CEO Glenn Youngkin sure says a lot of dumb – and erroneous – things. Obviously, his comments the other day on education policy, “Critical Race Theory,” advanced math standards, etc. were completely f’ed up. As have been his comments on pretty much every issue. For instance, how about his latest “meme” on the “gas tax” in Virginia supposedly having “increased 136% under McAuliffe and Northam.” Let us count the ways this is stupid, erroneous, misleading, etc. 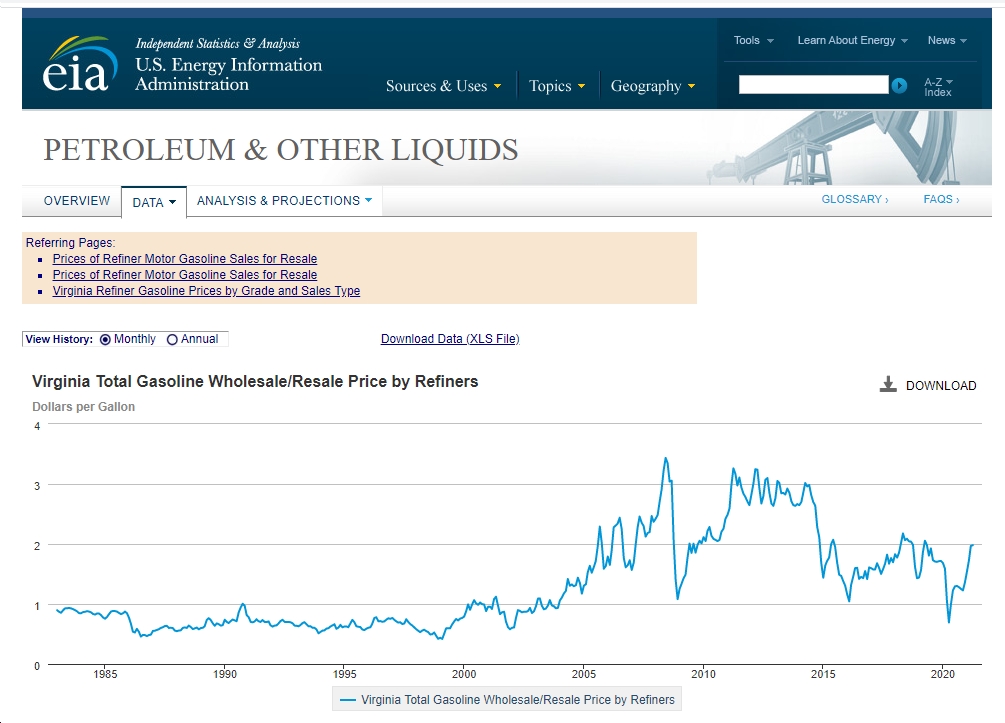 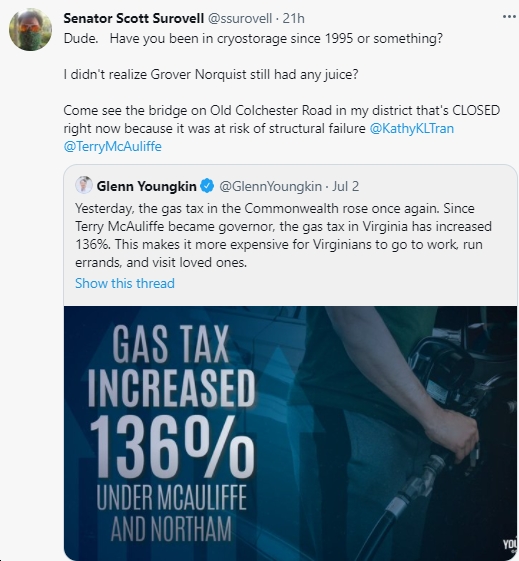 P.S. Of course, Youngkin’s the same guy who… 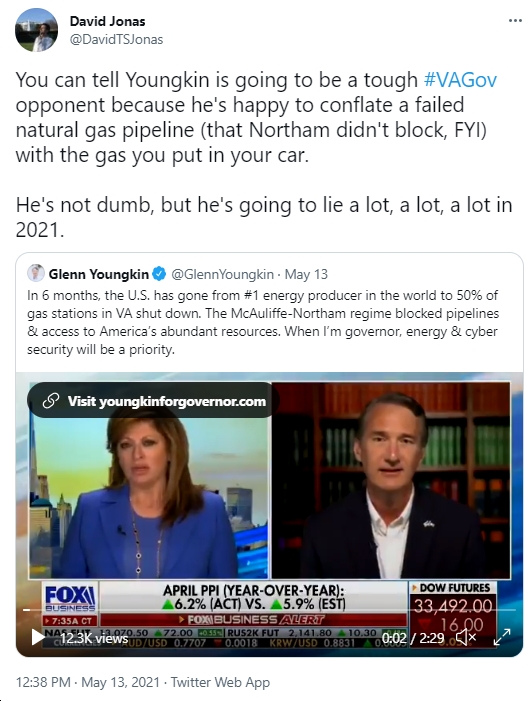